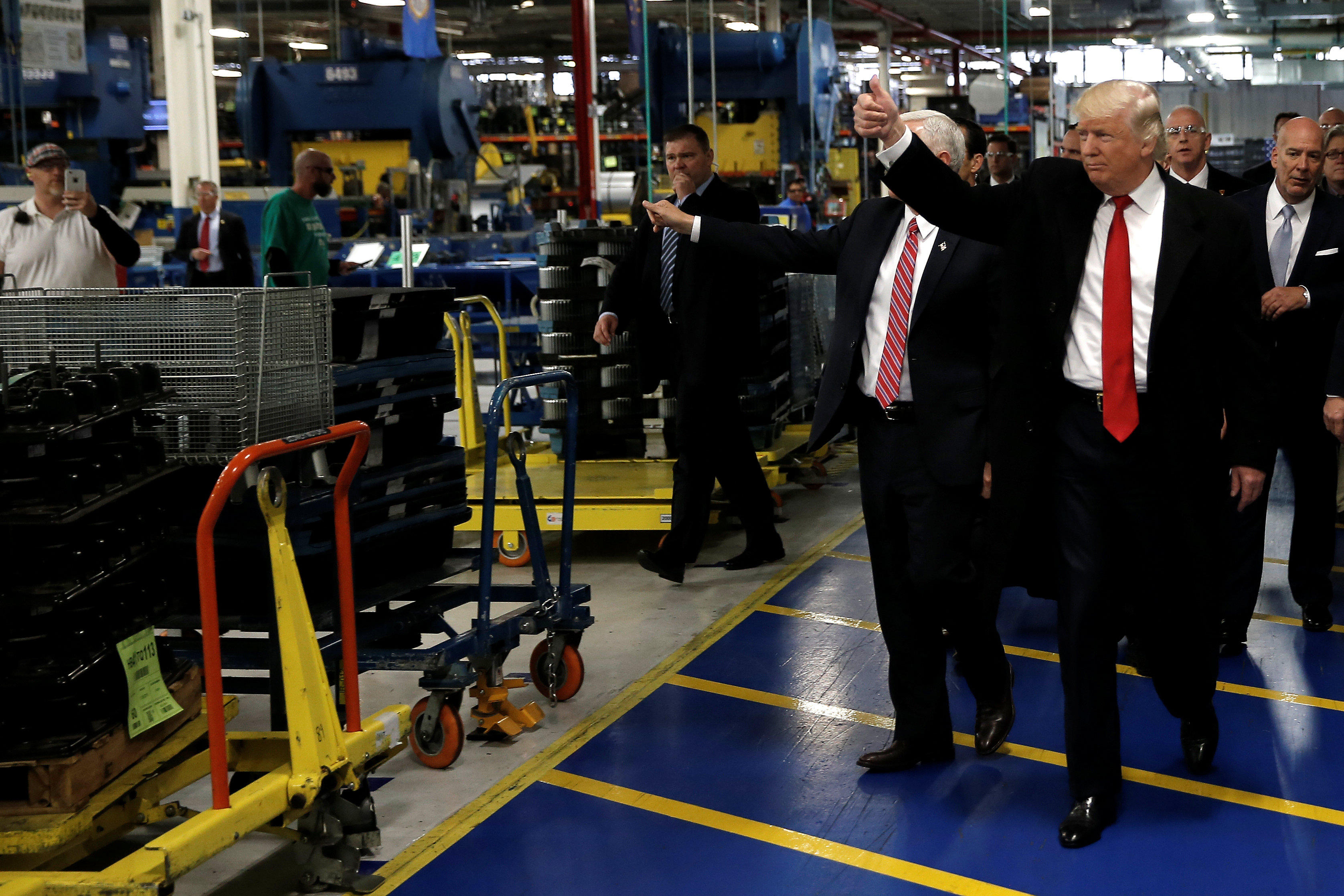 Following a deal struck with the Carrier air-conditioning company to keep jobs in the U.S. in exchange for enormous tax subsidies, President-elect Donald Trump is now taking aim at other companies thinking of offshoring their operations.

Mr. Trump fired off a series of tweets Sunday, cautioning manufacturers that a move outside of the U.S. would be a very “expensive mistake.” He doubled down on previous claims he will instate a 35 percent tax for those companies wanting to sell their products in the U.S., and also offered another incentive to keep them in the country: The companies, he tweeted, will be “able to move between all 50 states, with no tax or tariff being charged.”

Last week, the president-elect began the first leg of his post-election victory tour in two Midwest cities, Cincinnati and Indianapolis. In the Indiana manufacturing hub, Mr. Trump celebrated the deal with Carrier, which kept about 1,000 jobs in the state, without mentioning that several hundred will still be moving to Mexico. The air-conditioning and furnace plant, in return, would receive about $7 million in state tax breaks over ten years. The arrangement was brokered largely with the help of Vice President-elect Mike Pence, also Indiana’s governor.

Carrier could still face the taxes Mr. Trump threatened against other companies, however.

In an interview with CBS’ “Face the Nation” on Sunday, Reince Priebus, Mr. Trump’s incoming White House chief of staff, said “it’s possible,” penalties could still be leveled against the company, considering they’ve continued to shift some jobs south of the border.

“It’s not specific to Carrier,” Priebus said. “It’s a position across the board.”

Mr. Trump’s Carrier transaction, however, has drawn criticism from both sides of the aisle in recent days. The Wall Street Journal published an editorial on the business “shakedown,” while prominent voices on the left and right also denounced it. Conservative commentator Sarah Palin, a one-time Republican vice presidential nominee, said the administration was unfairly “favoring one business over another.” Vermont Sen. Bernie Sanders, in a Washington Post op-ed, said it “signaled to every corporation in America that they can threaten to offshore jobs in exchange for business-friendly tax benefits and incentives.”

Vice president-elect Mike Pence also defended the deal he had a heavy hand in, telling ABC News on Sunday that the administration was not “picking winners and losers at all.”

“What the president-elect did with Carrier was simply reach out one American to another and ask them to reconsider,” Pence said.

Since Mr. Trump’s announcement at the Carrier plant Thursday, the president-elect has also trained his Twitter account on Rexnord, a bearings manufacturing plant in Indianapolis which will see a few hundred jobs shifted to Mexico by next year.