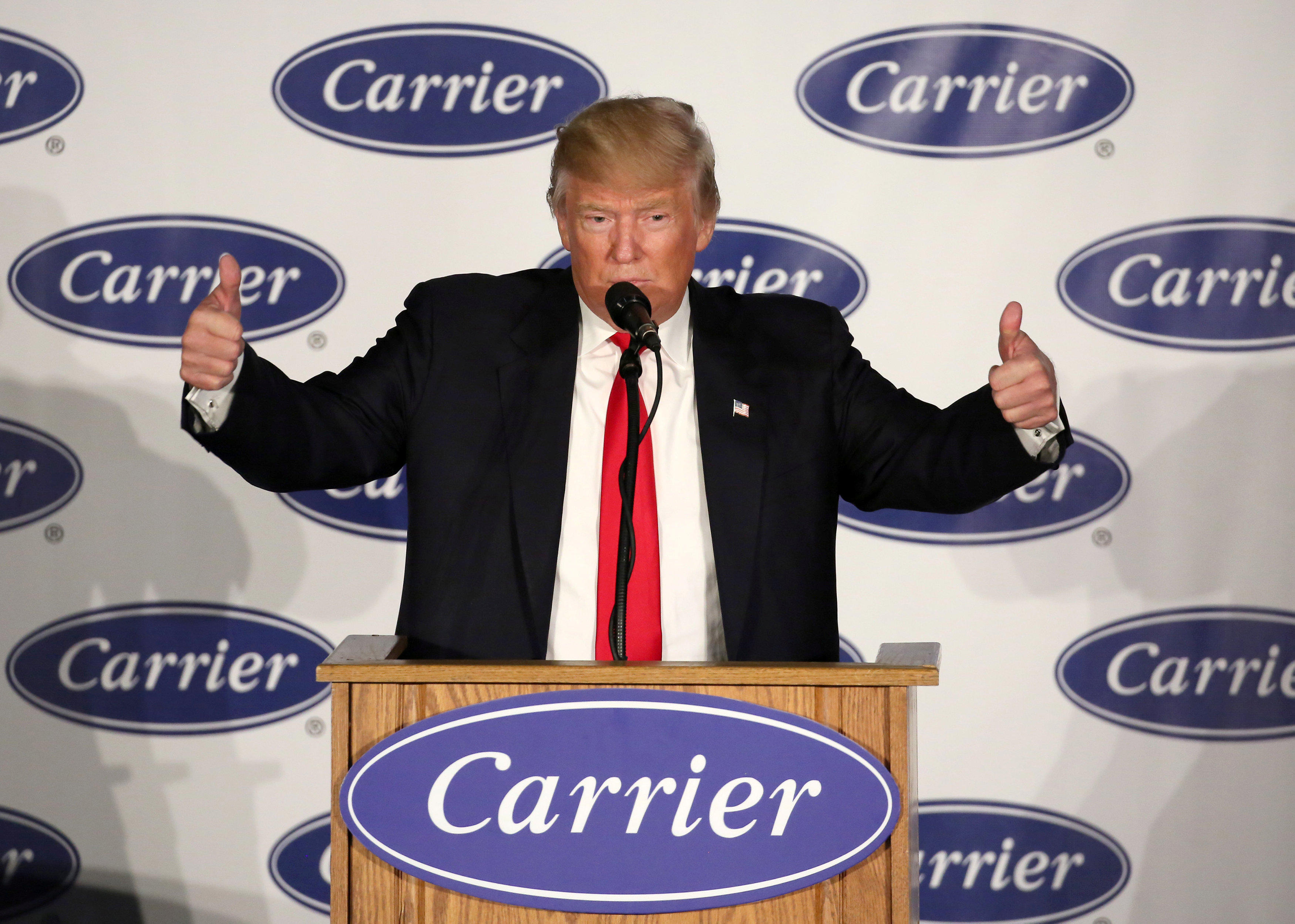 Fresh off a deal with air-conditioning company Carrier, President-elect Donald Trump is now singling out another company leaving its Indiana plant for Mexico: Rexnord, which plans to nix 300 union jobs from their factory in Indianapolis.

Mr. Trump sent a tweet Friday about Rexnord, charging that it was “rather viciously firing” workers and vowing “No more!”

Rexnord Bearings announced the move to union officials in mid-November, saying it was going forward with plans to shift the plant’s 300 union jobs and dozens of supervisory jobs to Mexico, according to a report by CBS News’ local affiliate. The move is expected to begin in April and finish by June of next year.

Rexnord did not immediately reply to a request for comment.

The tweet came just one day after Mr. Trump announced the Carrier deal, which keeps about 800 manufacturing jobs in Indianapolis in exchange for massive tax subsidies amounting to $7 million over 10 years. Several hundred jobs will still be moving to Mexico.

Backlash for the deal was swift, even as some Carrier workers called it a relief. Mr. Trump took heat from both sides of the aisle, with Vermont Sen. Bernie Sanders saying in a Washington Post op-ed that it “signaled to every corporation in America that they can threaten to offshore jobs in exchange for business-friendly tax benefits and incentives.”

And Sarah Palin, the former vice presidential nominee-turned-conservative pundit, criticized the arrangement as a threat to free market principles.

Writing an opinion piece for the Young Conservatives website Friday, Palin blasted the deal as “favoring one business over others” and setting “inconsistent, unfair, illogical precedent.”