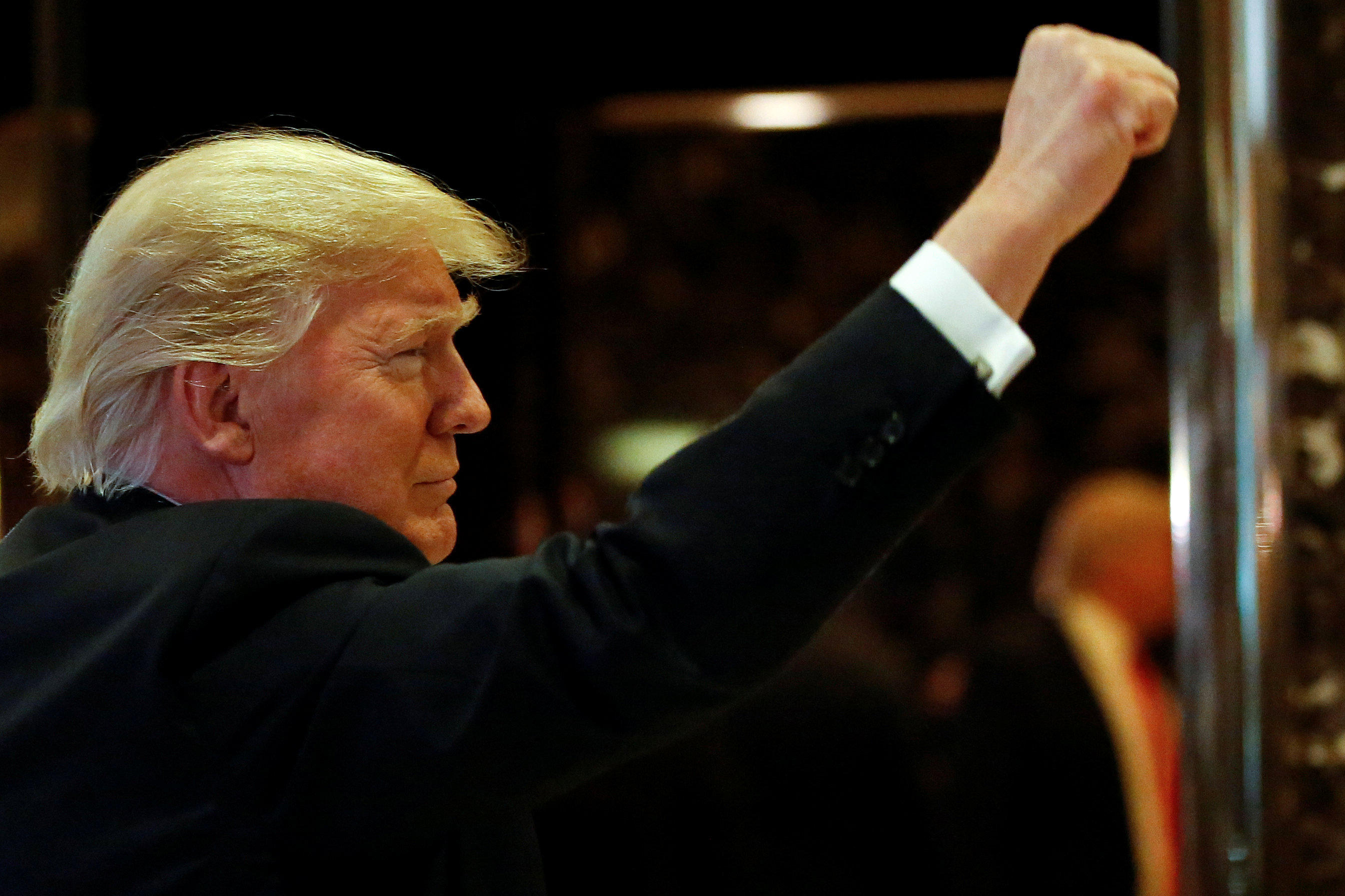 President-elect Donald Trump will offer to reduce sanctions on Russia in exchange for a nuclear weapons reduction deal,  he said in an interview published Sunday.

“They have sanctions on Russia — let’s see if we can make some good deals with Russia,” Mr. Trump told The Times of London. “For one thing, I think nuclear weapons should be way down and reduced very substantially, that’s part of it.”

These comments come less than a month after the Obama administration imposed new sanctions on Russia and expelled 35 of its diplomats from the U.S. in response to Russia’s interference in the 2016 election.

As he said at his first post-election press conference last week, Mr. Trump reiterated that he hopes to have a better relationship with Russian President Vladimir Putin than his predecessor has -- but was also critical of Russia’s intervention in Syria, calling it a “very bad thing” that’s caused a “terrible humanitarian situation.”

He also told The Times that he plans to appoint his son-in-law Jared Kushner, who will be a senior adviser in the White House, to broker a Middle East peace deal.

Mr. Trump, who has cozied up to anti-European Union leaders like Brexit advocate Nigel Farage, predicted other European countries will follow the U.K.’s lead and vote to leave the EU.

“I think it’s very tough,” he said. “People, countries want their own identity and the U.K. wanted its own identity.”

He said he planned to pursue a trade deal with the U.K. early on in his term, noting that he’s already planning to meet with British Prime Minister Theresa May this spring. Mr. Trump was in favor of the U.K.’s exit from the European Union, and has frequently compared his election in November to June’s surprise “Brexit” vote.

“We’re gonna work very hard to get it done quickly and done properly. Good for both sides,” Trump said. “I will be meeting with [British Prime Minister Theresa May],” he said. “She’s requesting a meeting and we’ll have a meeting right after I get into the White House and it’ll be, I think we’re gonna get something done very quickly.”

On the topic of Europe, Mr. Trump was highly critical of German Chancellor Angela Merkel, saying her decision to let more than 1 million refugees into Germany was a “catastrophic mistake.” Merkel is up for reelection this fall, and is facing a challenge from the anti-immigrant Alternative fur Deutschland (AfD) party.