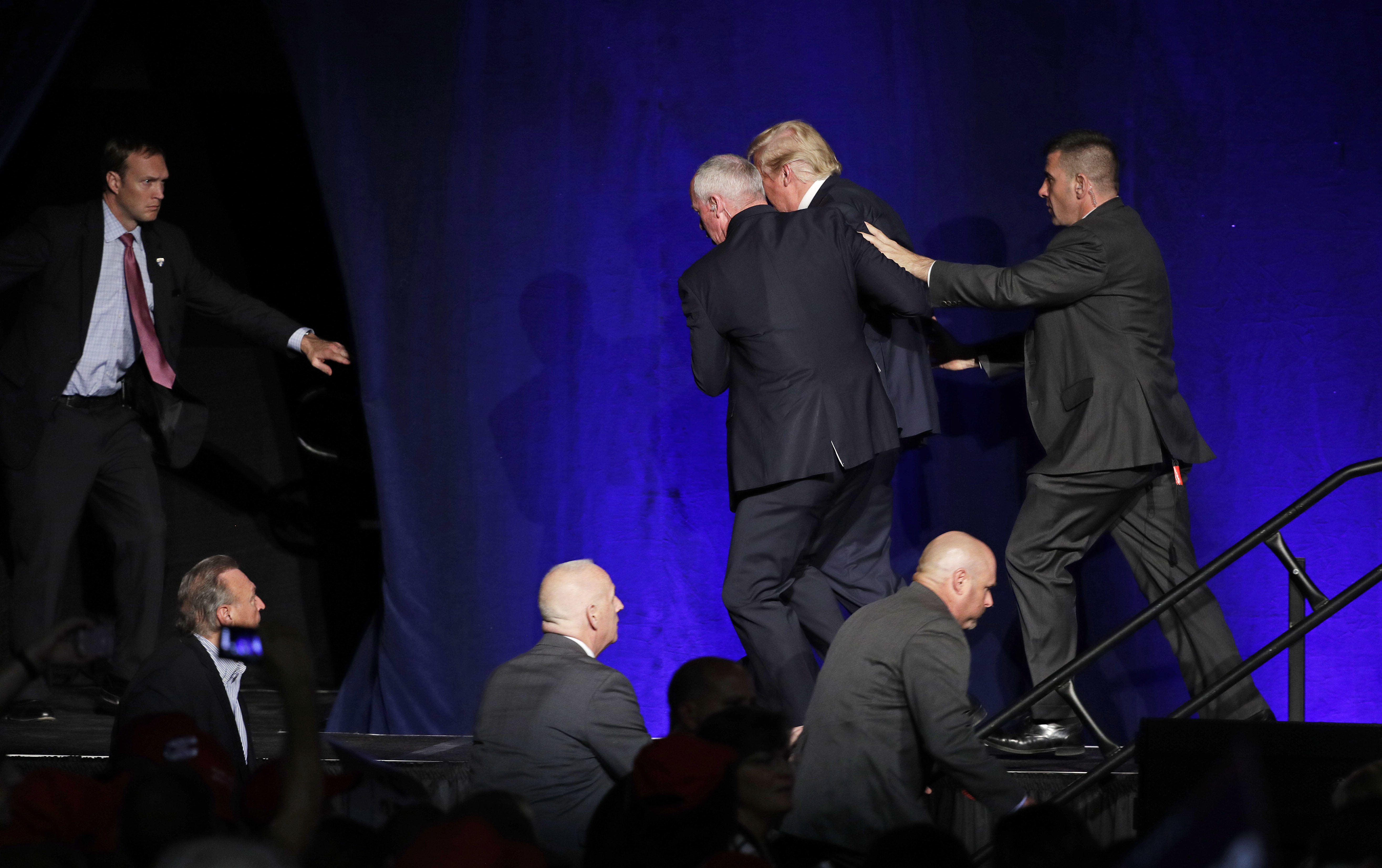 Republican presidential nominee Donald Trump was rushed off the stage by Secret Service at a campaign rally in Reno, Nevada on Saturday.

An unidentified individual yelled “gun” while Trump was speaking, the Secret Service said in a statement. Secret Service agents and Reno police detained the man and after a thorough search, did not find a gun, the statement said.

CBS News producer Arden Farhi said it all happened very quickly, but it appeared their was a commotion near the podium.

Trump returned to the stage shortly afterward, and said “nobody said it was going to be easy for us. But we will never be stopped. Never, ever be stopped.”

He thanked the Secret Service and then returned to his speech.

The Reno rally was a last-minute trip to the swing state. It was his third rally on Saturday in the last, long weekend before Election Day.

Looking specifically at Reno, Trump said that “Reno and northern Nevada can carry this thing.” He continued to say in regards to Tuesday’s vote, “It’s up to the great people of Washoe County to get this done.” Then he spoke against the man who he called “Crazy Harry”, Senator Harry Reid. However he did not endorse any candidate to take his place.

Other talking points included the “rigged system” and the investigation into Hillary Clinton’s emails. Later on, Trump also spoke about healthcare, saying as president he would begin by “completely repealing and replacing Obamacare”.

Switching to international policy, he said he would “suspend the Syrian refugee problem” and keep “radical Islamic terrorists the hell out of our country.” Then began speaking about building the wall, the “great wall” at Mexico’s border, emphasizing that he would let people in legally. He says that the process to become a legalized citizen will be “streamlined” and “efficient.”