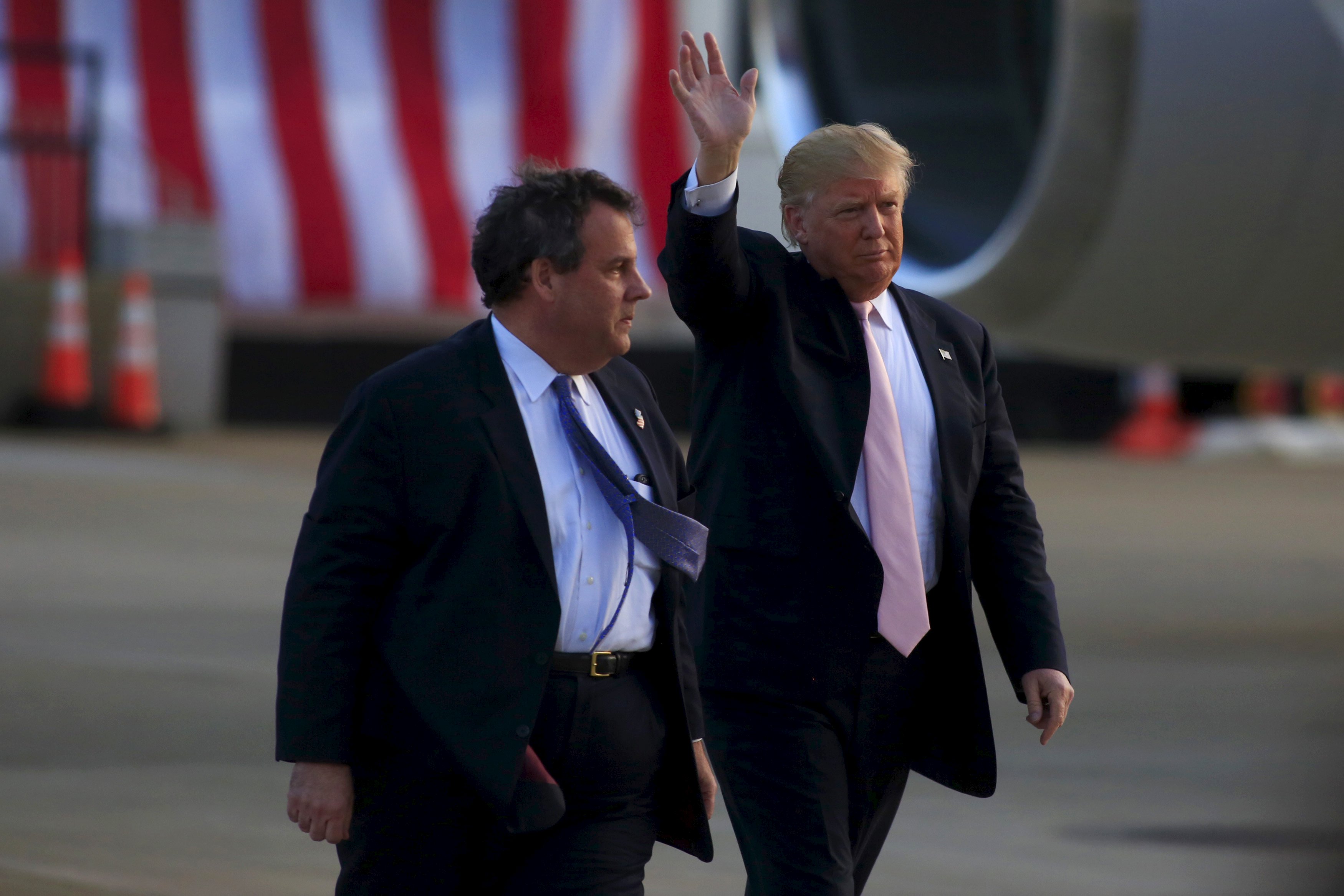 At Donald Trump's campaign event in Ohio Monday night, the GOP frontrunner attacked the state's governor John Kasich and also took a jab at Chris Christie who was standing offstage and who had campaigned with Trump in two other states Monday.

"Your governor, Kasich," Trump told a crowd at the rally in Vienna, Ohio. "If you look at him--and I'm being totally impartial--he goes to New Hampshire, he's living in New Hampshire."

Trump then asked where the New Jersey governor was and then joked about Christie's persistent presence in the Granite State, too.

"Where's Chris? Is Chris around? Even more than Chris Christie, [Kasich] was there!"

Trump then began looking for Christie over his shoulder and said, "Right?...I hate to do that, but I had to make my point."

According to CBS News' count for the days candidates spent in New Hampshire during the race since January 2015, Kasich spent 70 days there, but Christie spent 73.

Christie also campaigned with Trump earlier in the day in North Carolina in which he interviewed Trump, whom he endorsed last month.

It was raining when the two arrived in Ohio, and Trump had a large "Make America Great" umbrella to keep him dry, while Christie got wet.

The event took place a day before Ohio and several other states were to hold critical primaries on Tuesday, with Ohio and Florida distributing their delegates through a winner-take-all system.