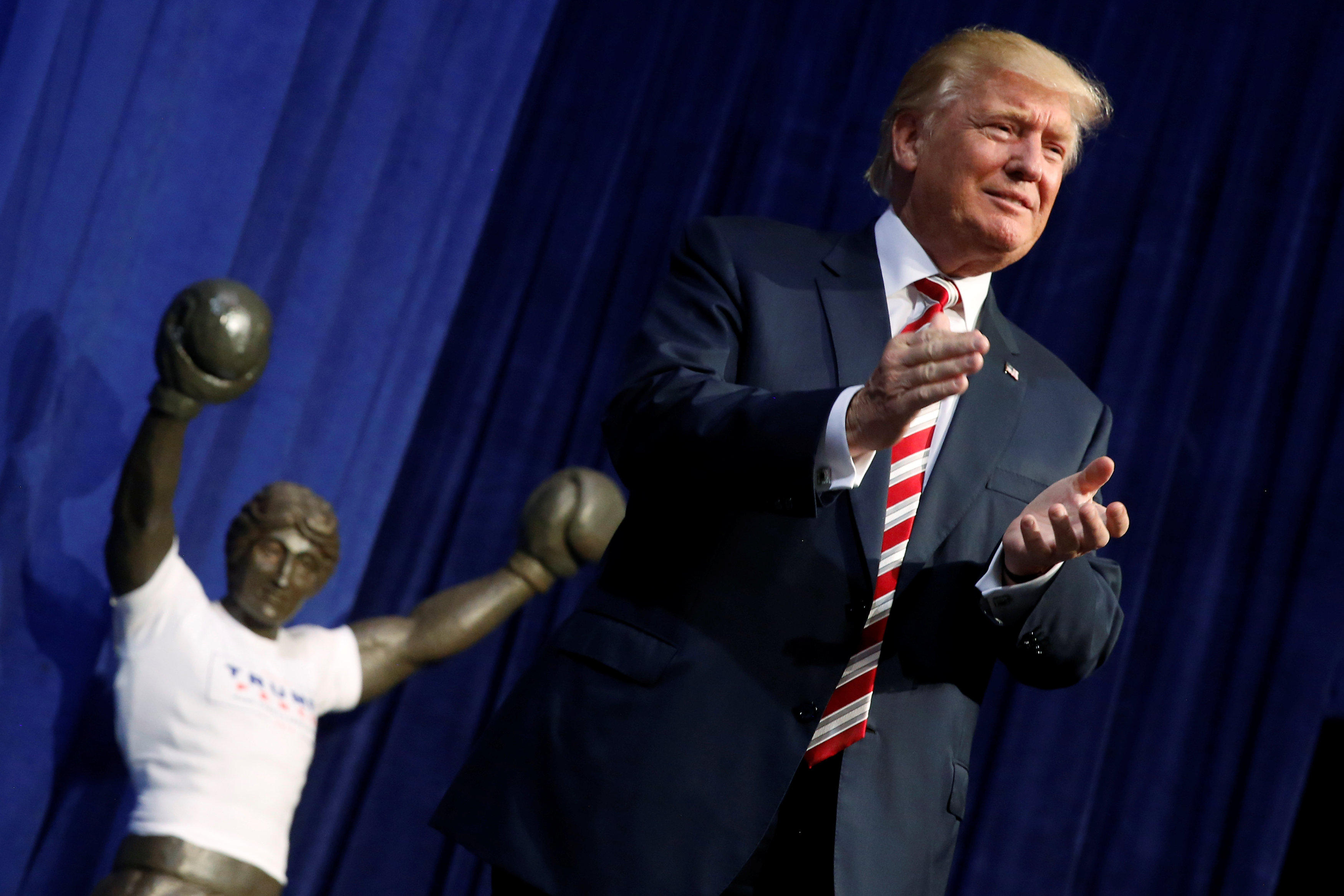 Following violent protests Wednesday in Charlotte, N.C., Donald Trump pilloried his opponent Hillary Clinton and her response to the demonstrations, claiming she helped stoke the fires of racial violence in the country.

In Pennsylvania, the GOP nominee called for an end to the turmoil in Charlotte, protests that sparked after a 43-year-old black man was shot by a police officer earlier this week.

“The rioting in our streets is a threat to all peaceful citizens and it must be ended and ended now,” Trump told supporters in Aston Thursday evening.

He went on to say Clinton “shared directly in the responsibility” for the nights-long protest.

“Those peddling the narrative of cops as a racist force in our society -- and this is a narrative that’s supported with a nod by my opponent, you see what she’s saying and it’s not good -- shared directly in the responsibility for the unrest that is afflicting our country and hurting those who have really the very least,” Trump said.

“Hillary Clinton does not have to worry the sirens and the gun shots at night. She doesn’t worry about it,” he added. “She’s sleeping.”

While tensions between police and their communities have been rising in several cities across the country, Trump suggested that more resources should flow to law enforcement departments to support them.

“Police are entrusted with the immense responsibility and we must do everything we can to ensure  they’re properly trained and that they respect all members of the police and that and wrongdoing is always vigorously addressed,” he said. “Our men and women in blue also need our support, our thanks and our gratitude.  Remember that. They do.

Clinton, meanwhile, reached out to Charlotte officials in the wake of the violent protests.

The Democratic presidential nominee urged the people of Charlotte to “come together to stop the violence.” She also spoke about restoring “the bonds of trust between police officers and the communities they serve.”

“There are good, honorable police officers serving their communities across our country, and we must all work together to mend the wounds that exist and build the America we want our children and grandchildren to grow up in,” the readout said.

President Obama also weighed in on the protests in a Friday morning interview with ABC News, reminding Americans that other demonstrations against police brutality have been carried out in “the right way.”

“I think it’s important to separate out the pervasive sense of frustration among a lot of African Americans about shootings of people and the sense that justice is not always color blind,” he told “Good Morning America.” “What we’ve seen over the last several years is the overwhelming majority of people who have been concerned about police-community relations doing it it the right way. Every once in awhile you see folks doing it the wrong way, -- looting, breaking glass. Those things are not going to advance the cause. In Charlotte, my hope is is that in the days to come, that people in the community pull together and say, how do we do this the right way?”