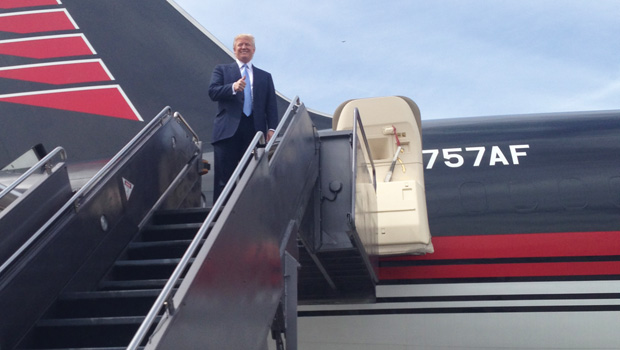 Republican presidential candidate Donald Trump on Tuesday denied an Associated Press report that he planned to visit the majority-Muslim kingdom of Jordan at the end of December.

The AP report and Trump's denial came one day after his controversial proposal to temporarily ban all Muslims from entering the United States to protect the nation from Islamic terrorism.

Trump tweeted Tuesday, "Despite my great respect for King Abdullah II, I will not be visiting Jordan at this time. This is in response to the false @AP report."

Trump has said he plans to visit Israel. A U.S. official, speaking on condition of anonymity, had told the AP that the U.S. government was making preparations for Trump to also visit Jordan at the campaign's request. The official was not authorized to publicly discuss the preparations due to security concerns. Trump has Secret Service protection for his safety.

Another U.S. official, also speaking on condition of anonymity, told the AP late Tuesday that Trump's campaign had contacted the U.S. embassy in Amman about the trip, and the State Department was discussing how to facilitate Trump's visit as recently as Tuesday afternoon. This official also was not authorized to speak publicly about the trip over security issues.

Reaction to Trump's proposal to bar Muslims from entering the U.S. has been swift and negative. Both Democrats and Republicans have decried the idea as outrageous, divisive and un-American.

On in an interview on ABC Tuesday evening, Trump denied that he's a bigot and insisted his proposal would only be implemented for the "short term."

"I have people that I have tremendous relationships with, they're Muslim," he said. "They agree with me 100 percent. It's short-term."

Trump also rejected the charge from other Republicans that his anti-Muslim rhetoric could simply play into the narrative purveyed by ISIS. His critics, Trump said, are "trying to get publicity for themselves."

Jordan is among the United States' staunchest allies in the Persian Gulf region and its military has regularly flown bombing missions against the Islamic State group.

Just about two weeks ago, Trump's GOP rival Ben Carson visited a Syrian refugee camp in Jordan. Carson, who is attempting to bolster his foreign policy credentials, also plans on traveling to Africa at the end of the month.