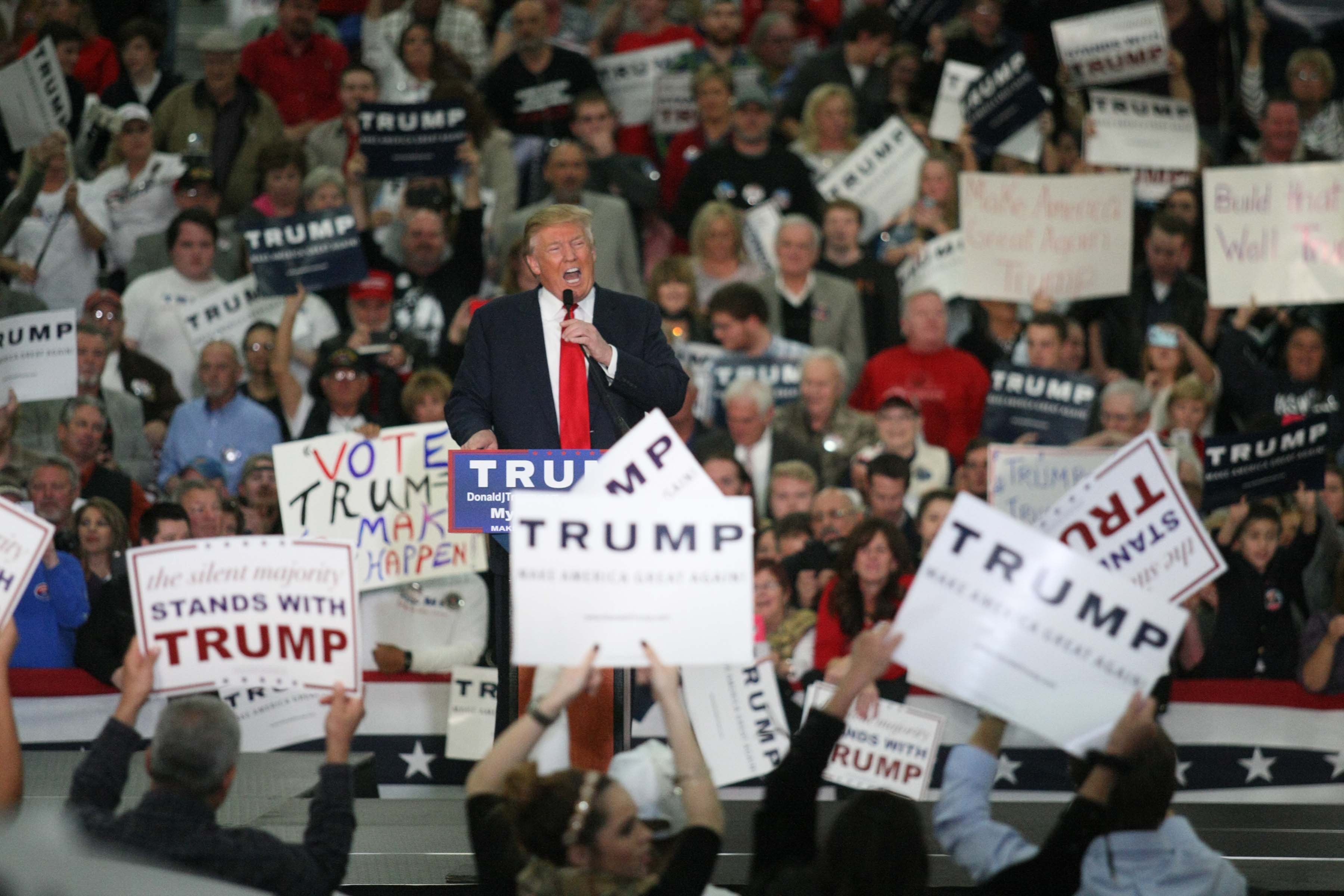 Business mogul and GOP front-runner Donald Trump responded on Thursday to yet another controversy, the latest in a string of comments that have simultaneously prompted an outcry and rocketed him to the top of the polls.

This time, it was in reference to a mocking impression of New York Times reporter Serge Kovaleski, who has a physical handicap that limits movement of his arms. A spokesperson for the Times called the impression "outrageous."

Trump issued a blistering statement Thursday saying, "I have no idea who this reporter, Serge Kovalski [sic] is, what he looks like or his level of intelligence. I don't know if he is J.J. Watt or Muhammad Ali in his prime --- or somebody of less athletic or physical ability. I know nothing about him other than I have great respect for the way he wrote the story, on September 18, 2001, and in particular the paragraph talking about Muslims and tailgate parties taking place in New Jersey."

However, Kovaleski and Trump have a history stretching back to the 1980s. Kovaleski covered Trump from 1987 to 1993 as a reporter for the New York Daily News.

"Donald and I were on a first-name basis for years," Kovaleski told the Times on Thursday. "I've interviewed him in his office... I've talked to him at press conferences. All in all, I would say around a dozen times, I've interacted with him as a reporter while I was at The Daily News."

In an interview with the Washington Post, Kovaleski said, "The sad part about it is, it didn't in the slightest bit jar or surprise me that Donald Trump would do something this low-rent, given his track record."

Trump made the comments at a Tuesday night rally in Myrtle Beach, South Carolina, while defending his false claims that thousands of Arab-Americans were celebrating the Sept. 11 terrorist attacks in 2001. He used a piece that Kovaleski wrote for the Washington Post right after the attacks as proof, even as Kovaleski himself dismissed the reporting years later.

The story Trump cited, written Sept. 18, 2001, said "Law enforcement authorities detained and questioned a number of people who were allegedly seen celebrating the attacks and holding tailgate-style parties on rooftops while they watched the devastation on the other side of the river."

The claims were never substantiated or corroborated.

In an interview with CNN, Kovaleski himself said that while he talked to many residents of Jersey City as part of a broader story, "I do not recall anyone saying there were thousands, or even hundreds, of people celebrating. That was not the case, as best as I can remember."

No video footage has emerged since Trump made his claims of the alleged celebrations, and a number of law enforcement officials, including New Jersey's attorney general at the time, John Farmer Jr., have disputed that celebrations occurred on the scale that Trump says.

At the Myrtle Beach speech on Tuesday, Trump berated Kovaleski for walking back his story more than a decade later, seemingly making light of Kovaleski's disability, called arthrogryposis.

As Trump was saying this, he had his arms in front of him, his shoulders scrunched and started jerking his hands around as if they were jello. Trump insisted on Thursday that he doesn't know Kovaleski, in spite of the fact that, at the rally, he called him "a nice reporter."

"Despite having one of the all-time great memories, I certainly do not remember him," Trump said in his statement.

"His recent statement, to me, seemed like (again without knowing what he looks like) he was groveling and searching for a way out from what he wrote many years before," Trump said. "In my speech before over 10,000 people in Myrtle Beach, S.C., I merely mimicked what I thought would be a flustered reporter trying to get out of a statement he made long ago."

Trump has a history of mocking physical appearances. In this campaign cycle alone, he seemed to insult fellow GOP presidential candidate Carly Fiorina.

In a Rolling Stone magazine article, Trump is quoted as saying, "Look at that face! Would anyone vote for that? Can you imagine that, the face of our next president?!"

O'Donnell responded on Twitter soon after, "Try explaining that 2 ur kids."