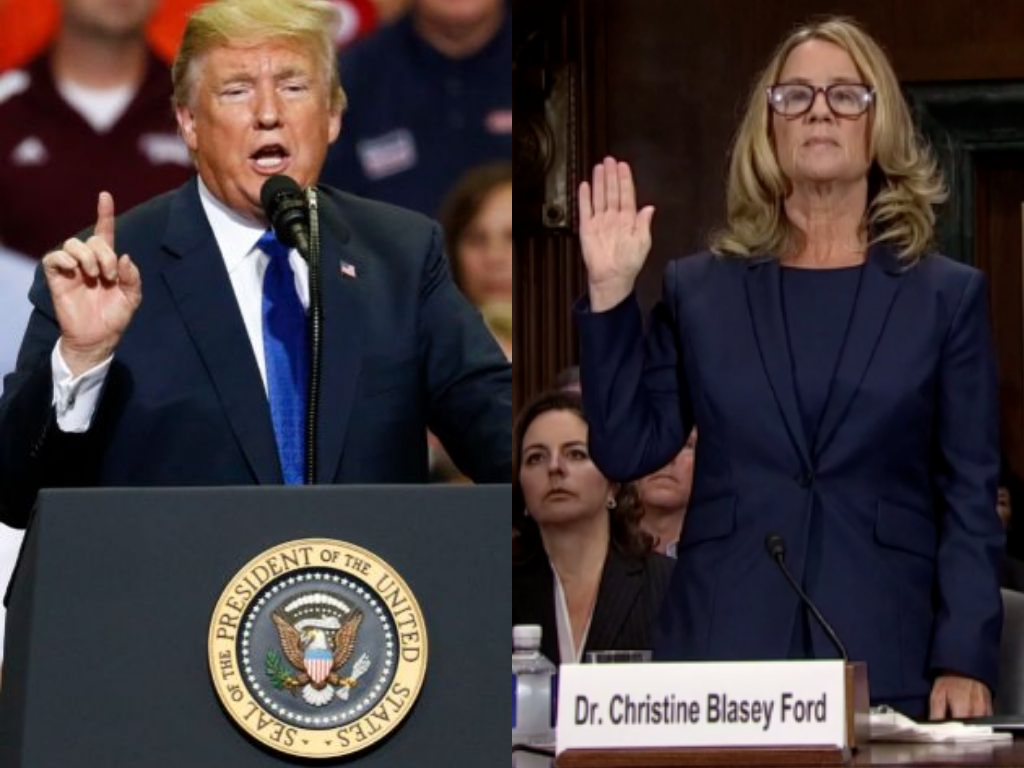 President Trump seemed to show no remorse when asked about Dr. Christine Blasey Ford during an interview with "60 Minutes" that aired Sunday night. "I didn't really make fun of her," Mr. Trump told correspondent Lesley Stahl, "I said the person that we're talking about didn't know the year, the time, the place."

Mr. Trump mocked Dr. Ford during a "Make America Great Again" rally earlier this month following Dr. Ford's testimony before the Senate Judiciary Committee. Dr. Ford testified that Brett Kavanaugh, Mr. Trump's Supreme Court nominee, had pinned her on a bed, tried to take off her clothes and covered her mouth in the early 1980s, when the two were teenagers. Kavanaugh has denied Ford's allegations and has since been confirmed to the Supreme Court.

In the "60 Minutes interview," Mr. Trump said he thought Dr. Ford was treated with great respect, including by himself. When pressed on that claim, the president said, "You know what? I'm not gonna get into it because we won. It doesn't matter. We won."

Imitating Ford, Mr. Trump added, "But I had one beer -- that's the only thing I remember." Mr. Trump continued, "a man's life is shattered," referencing Kavanaugh, and "these are really evil people."

Senators on both sides of the aisle criticized the president's remarks at the rally. Mr. Trump told "60 Minutes" Kavanaugh wouldn't have been confirmed otherwise.

"Had I not made that speech," Mr. Trump said, "we would not have won."