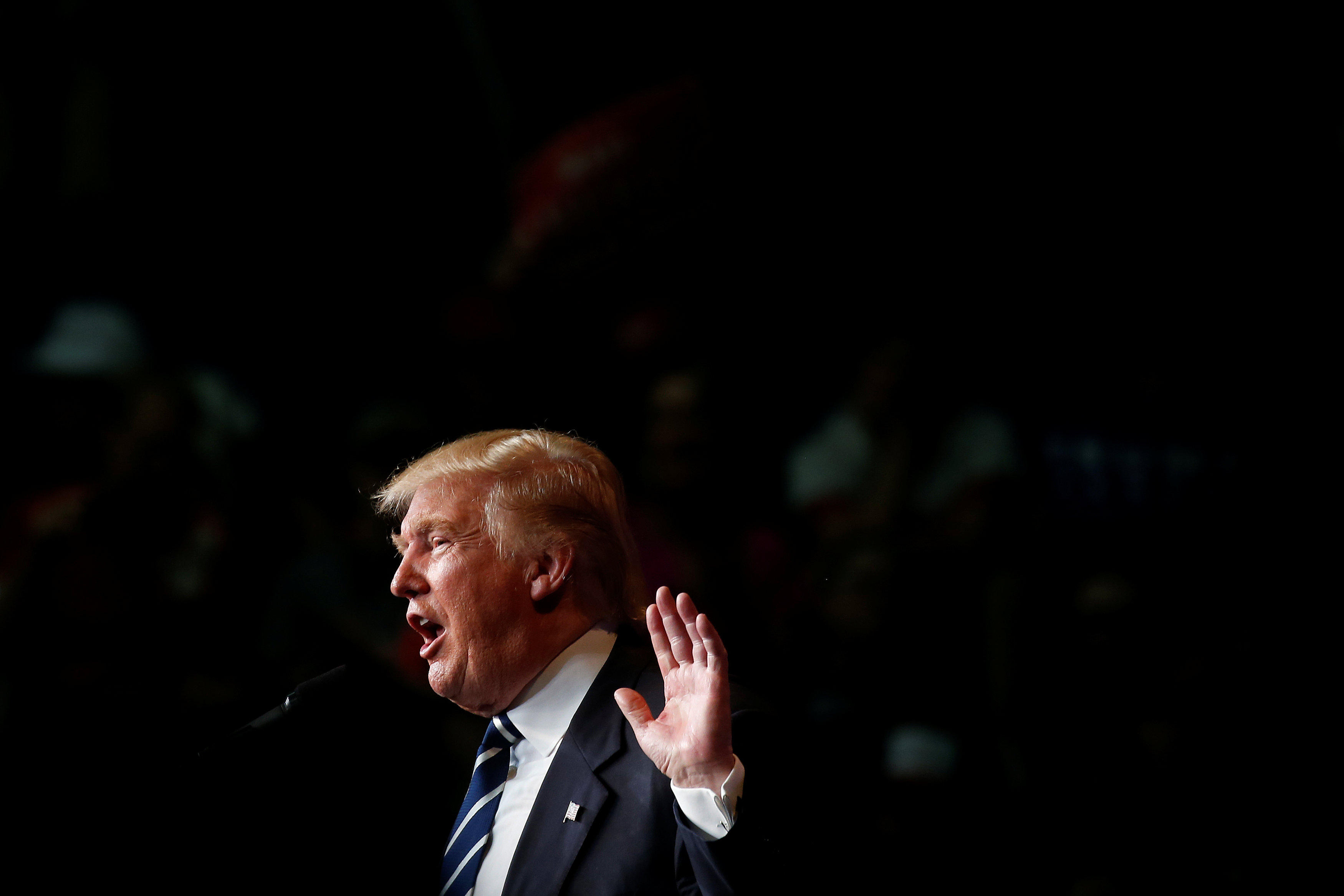 Donald Trump on Tuesday rallied against Obamacare and said that he would convene a special session of Congress to repeal the healthcare law if he’s elected president.

“When we win on November 8th, and elect a Republican Congress, we will be able to immediately repeal and replace Obamacare. I will ask Congress to convene a special session,” said the GOP presidential nominee in a speech delivered in the suburbs of Philadelphia.

But the new Congress would already be in session after the inauguration and secondly, there’s no guarantee that the GOP will hold onto its majority in the House and Senate.

Convening a special session of Congress is also rare. Since the ratification of the 20th amendment in 1933, presidents have only called both chambers into a special session four times, according to the Senate. In 1937, then-President Franklin Roosevelt called the Congress back to try to enact wage and hours legislation and called one again in September 1939 to pass legislation in response to the start of World War II. In 1947 and 1948, then-President Harry Truman called the Congress into special session.

Since Obamacare was enacted, congressional Republicans have unsuccessfully tried to repeal the law more than 60 times.

Trump went on his speech Tuesday to call President Obama’s signature healthcare law “a catastrophe” and claimed that premiums would increase in Philadelphia by more than 60 percent. In fact, the Kaiser Family Foundation estimates the difference is 51 percent in Philadelphia, a price increase that for most enrollees would be offset by increased subsidies. Those eligible for the maximum subsidy would not see a difference in the cost of the federal exchange health care plan. The Obama administration said last week that premiums will increase an average of 25 percent across the 39 states served by the federally run online market next year.

“If we don’t repeal and replace Obamacare, we will destroy American health care forever – it’s one of the single most important reasons why we must win on November 8th,” Trump said.

His speech came with only seven days remaining before voters head to the polls on Election Day next Tuesday.