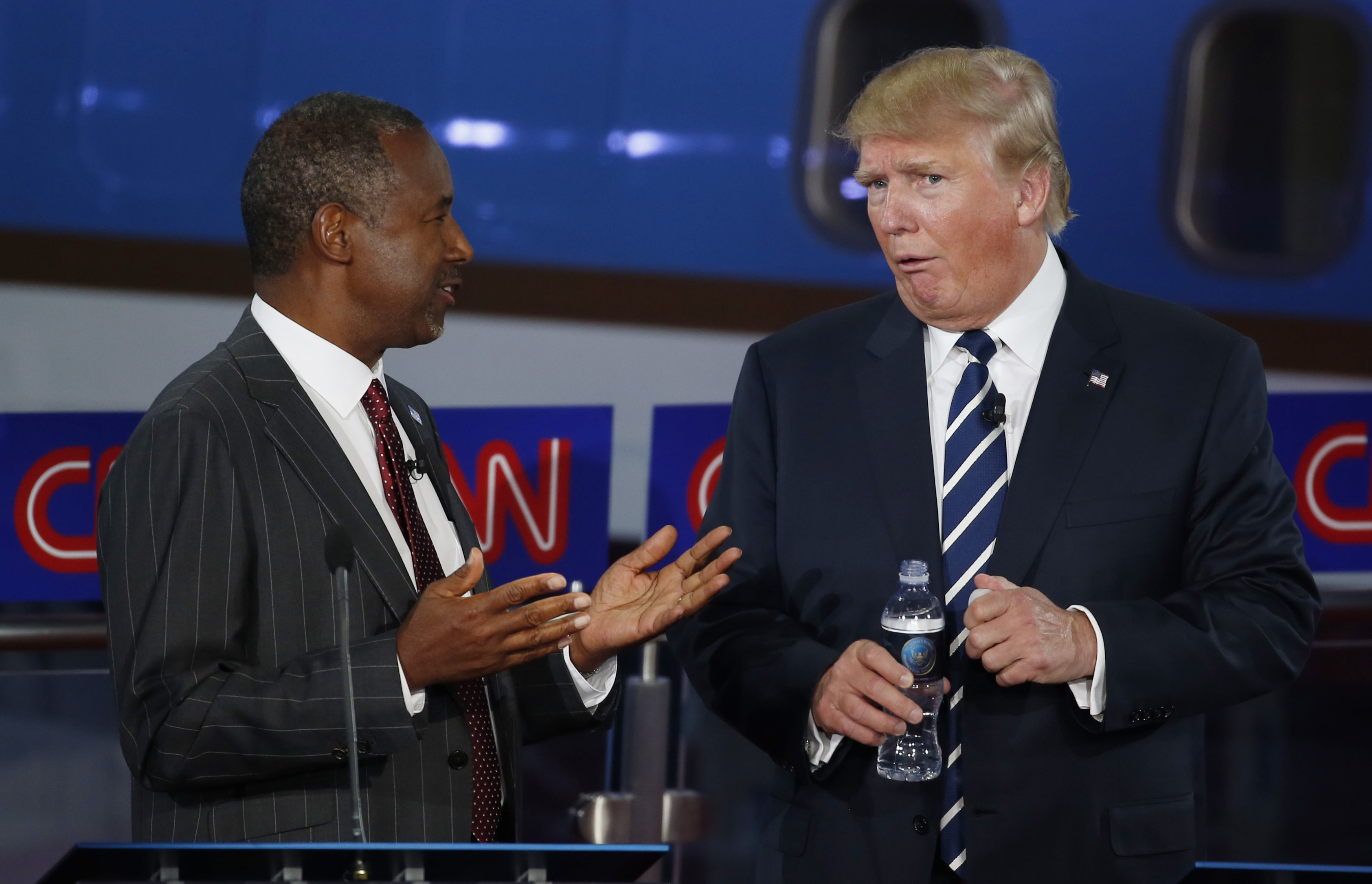 Donald Trump and Ben Carson are threatening to boycott the next Republican debate, sponsored by CNBC, if the network doesn't agree to change its debate format.

The two candidates, who have been leading the GOP field in recent polls, wrote a letter to CNBC, saying, "Neither Mr. Trump or Dr. Carson will participate in your debate if it is longer than 120 minutes including commercials and does not include opening and closing statements."

According to the letter, dated Thursday, the format laid out by CNBC calls for two hours of debate time, with four commercial breaks that will in add up to 8-16 minutes, in total. The original plan for the Oct. 28 debate also stated there would be no opening or closing statements for the candidates.

Carson and Trump concluded their letter, "Both our campaigns hope that you will agree with these very reasonable format changes so that CNBC may present all the Republican candidates to your audience."

Republican presidential frontrunner Donald Trump had already been about how sick he was of "boring" debates. He also fired off a couple of tweets at CNBC.

CNBC spokesman Brian Steel indicated in a statement to the Associated Press that the network might change the format to accede to Carson's and Trump's demands.

"Our practice in the past has been to forego opening statements to allow more time to address the critical issues that matter most to the American people," he said. "We started a dialogue yesterday with all of the campaigns involved and we will certainly take the candidates' views on the format into consideration as we finalize the debate structure."

Trump has in the past toyed with the idea of boycotting the presidential primary debates, suggesting in August that he would skip a CNN debate unless the network donated its profits to charity.