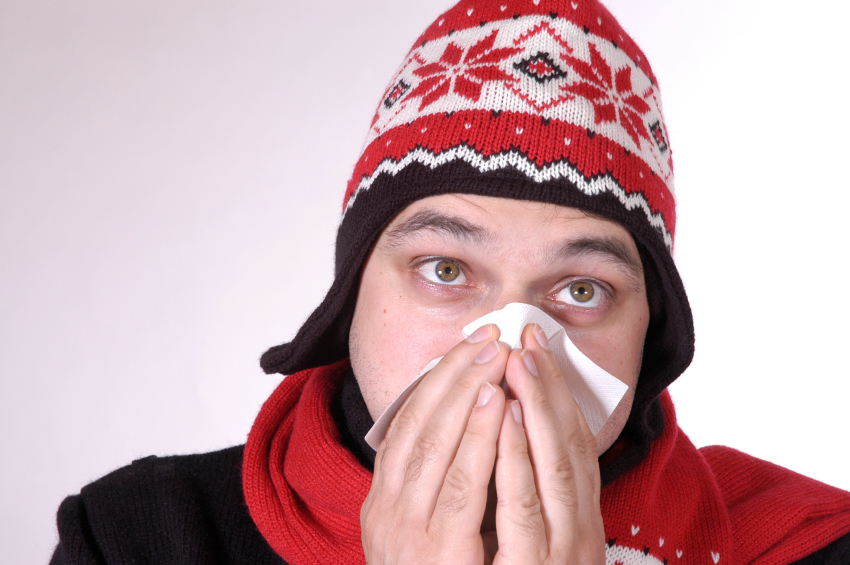 "Bundle up or you'll catch a cold." Who hasn't heard that warning before?

As temperatures continue their Arctic plunge across the country, millions of people dread what always seems to come with a harsh winter: the flu and common colds.

While adding an extra sweater or wrapping your neck with that scarf will certainly make you feel more comfortable in frigid temperatures, wintry weather itself won't make you sick. It's actually the time you spend in the great indoors that raises your risk.

"I don't think there's a lot of data to say that low temperatures itself may increase the susceptibility to infection," Dr. Jennifer Lighter-Fisher, clinical assistant professor in the department of pediatrics, division of infectious diseases at NYU Langone Medical Center, told CBS News. "It's more just the transmission the respiratory viruses are transmitted through the droplets in the air."

When winter rolls around, we're more likely to remain inside to stay warm. The more bodies in one place, the more opportunities there are for germs to spread. That's why bugs tend to circulate through the office, at school and in other tight quarters.

One study, published in PLoS One in 2011, looked at the rates of cold infection in crowded student dormitories in China. The researchers found students in 6-person dorm rooms were about twice as likely to catch a cold six or more times a year than those who lived in 3-student dorm rooms. The students in 6-person dorms were also more likely to report they'd had colds that lasted for two weeks than those students who had fewer roommates.

"If you're within three feet of someone you're susceptible to transmission if they sneeze or cough on you," said Lighter-Fisher. "Coughing can increase the risk of infectious disease."

Lighter-Fisher said there are other factors related to winter that can contribute to the risk for catching a cold, such as having asthma or a weakened immune system, and even the lack of sunshine exposure. "With winter there's more darkness and it usually does decrease your vitamin D levels," she said. "Vitamin D is a very potent immune regulator. It enhances the immune response."

Even so, research on the importance of vitamin D for cold prevention is inconclusive.

Research from the National Institutes of Health indicates that certain viruses like the flu may be more transmissible in cold weather. In one study conducted on guinea pigs, the researcher found the animals were more likely to give each other influenza in cold rather than warm weather.

The researchers concluded this was because the outer membrane of the influenza virus is made up of lipid, or fat, molecules. Cold temperatures cause the virus to form into a gel-like solid which makes it easier to cling on when it finds a new human host. However, in warmer temperatures, influenza maintains a liquid form, and the virus has a harder time surviving when it makes the leap from one person to another.

However, Lighter-Fisher is skeptical. "I don't think there's a lot of data to say that low temperature itself may increase the susceptibility to infection," she said.