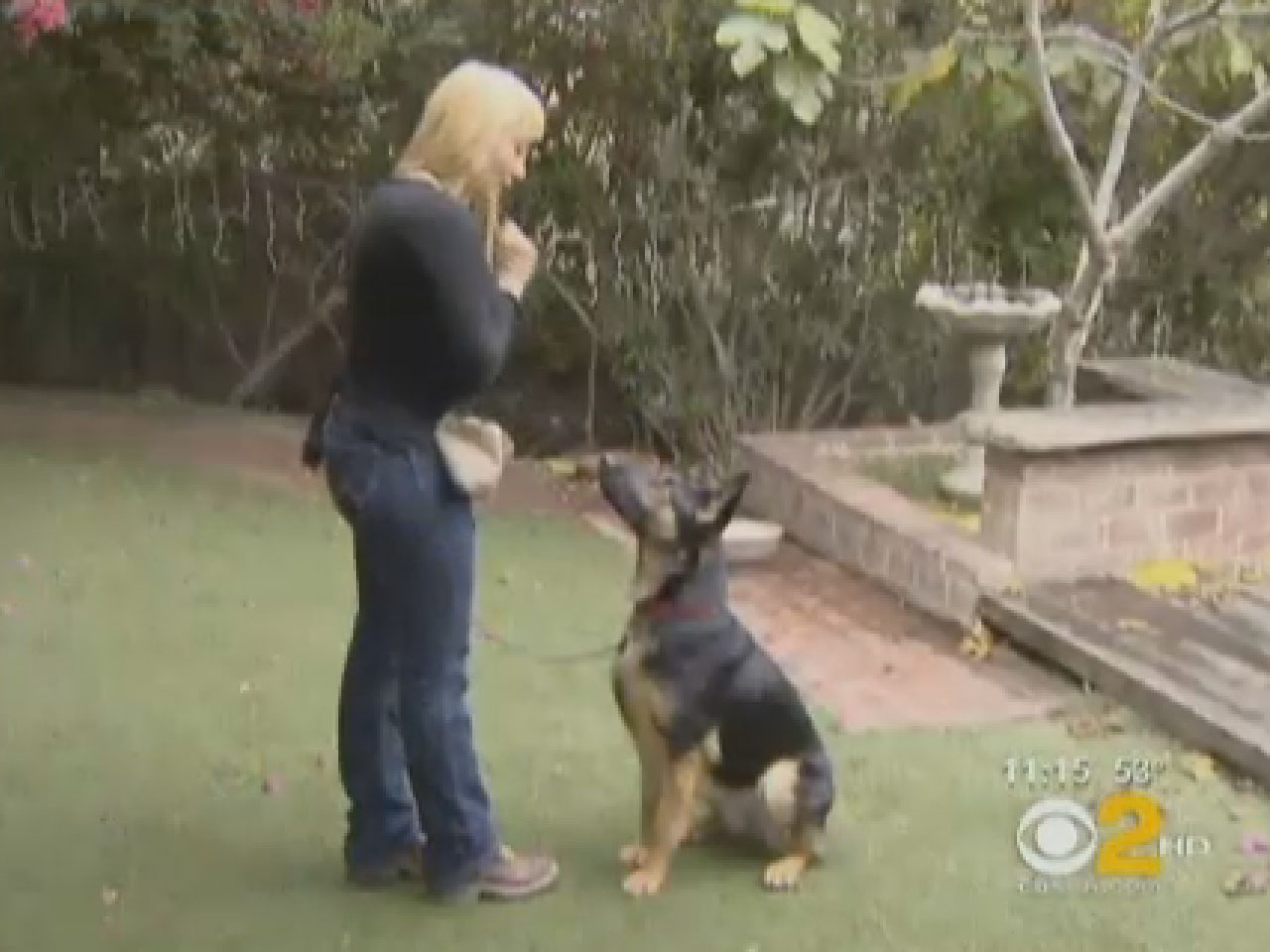 Rescue dogs that were saved are now being trained to save other people's lives by sniffing out ovarian cancer.

Dina Zaphiris, a pet owner and dog trainer from West Hills, Calif., is working with researchers at the Pine Street Foundation to teach dogs how to detect ovarian cancer from a person's breath.

"These dogs would rather find the cancer sample than a steak," Zaphiris told CBS station KCBS in Los Angeles.

Zaphiris felt a personal connection to the project after her mother was diagnosed with breast cancer in 1990. Eventually, her mother died in 2010.

"Her struggle: She did not find it early," she explained.

Now, Zaphiris works four hours a day, four days a week training mixed-breed dogs how to use their noses to find cancer. First, healthy people and ovarian cancer patients are instructed to breath into sample jars that contain a piece of cloth. The samples are slotted into a specially made trough. Then, the dogs are allowed to sniff the samples. When they correctly detect cancer, they are given a reward.

One of the dogs, Schatzi, was about to be put down before she was enrolled in the study. Now, Zaphiris said the dog is one of the few who has never missed a cancer sample.

This new research is the first and only federally-funded study on using exhaled breath as a diagnostic tool for ovarian cancer, KCBS reported.

However, this isn't the first study that used dogs to detect cancer. In 2005, 60 Minutes looked at a study in England that was training dogs to sniff out bladder cancer using urine samples. On average, the dogs were 41 percent accurate, which is statistically significant according to Dr. Carolyn Willis, a research dermatologist who worked on the study.

Researchers had become discouraged when the dogs seemed to get held up on one "healthy" sample time and time again. They decided to double-check the diagnosis. It turned out that that person had kidney and bladder cancer that the lab had missed.

Other studies to look at dogs' cancer-sniffing abilities include one at the Schillerhoehe Hospital in Germany, which used dogs to smell out lung cancer using a person's breath. The dogs were able to accurately detect lung cancer in 71 percent of the cases and tell if a person was healthy in 93 percent of cases.

Another study in Japan showed that dogs could smell colorectal cancer in a sample of fecal matter 98 percent of the time.

Zaphiris worked on a previous cancer detection project using in 2003. She claimed her dogs were 98 to 99 percent.

Michael McCulloch, research partner on the current ovarian cancer study and director of the Pine Street Foundation, said to KCBS that breath has been used to detect diseases for centuries. Ideally, he hopes that dog detection can become a non-invasive way to diagnose cancer earlier than screenings or blood tests might.

"Who will win out in the end: Is the dog more accurate or is the laboratory more accurate? Is it the lab or the Lab?" he pondered.

To see the dogs in action, watch the video from KCBS below: