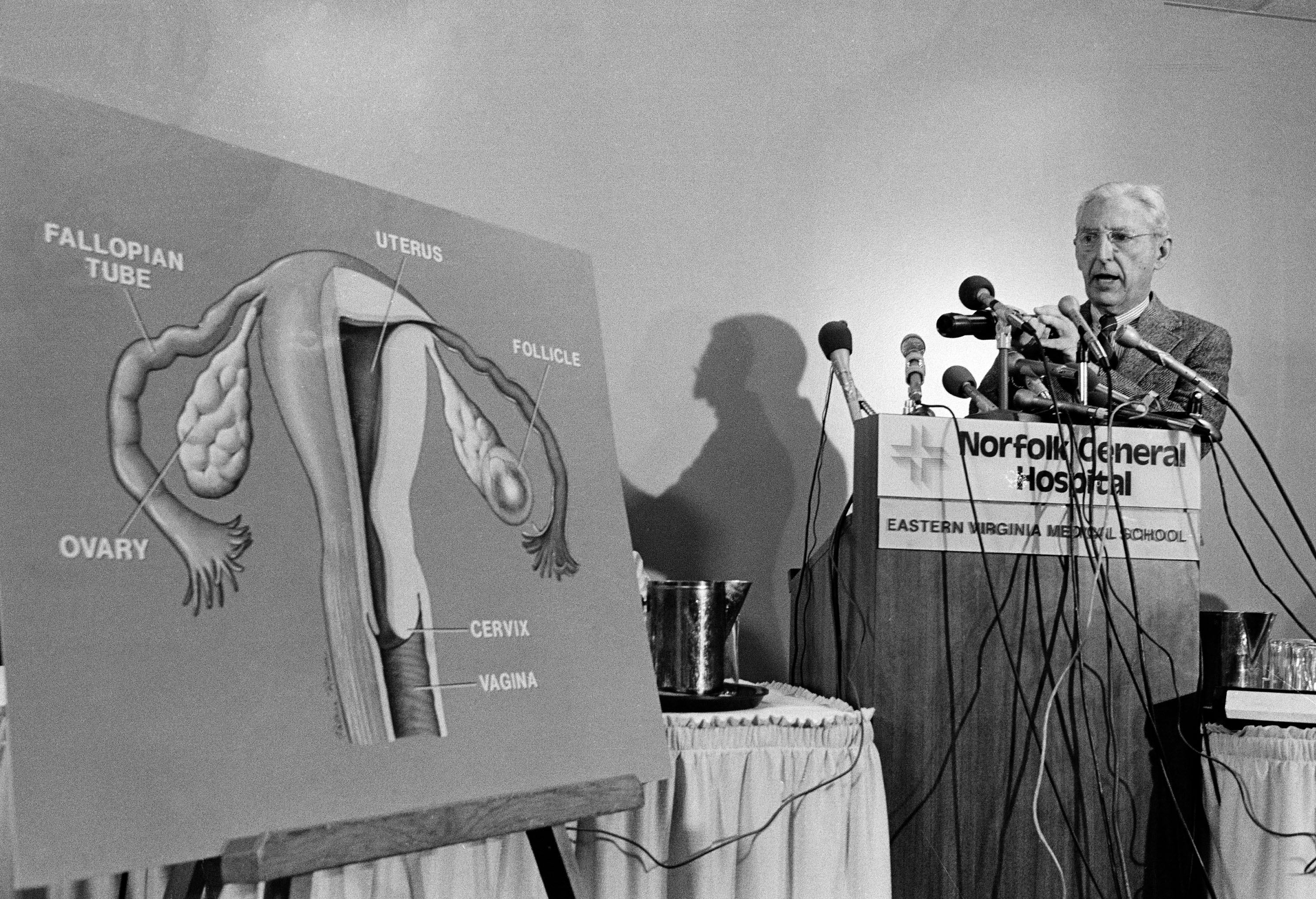 Dr. Howard W. Jones, half of the husband-and-wife team whose pioneering medical work led to the birth of the first IVF baby in the United States, died Friday in Virginia. He was 104.

Jones' death was announced by Eastern Virginia Medical School (EVMS), where he and his wife, Dr. Georgeanna Jones, did their most famous work starting in 1978 -- after they reached the mandatory retirement age at their previous jobs at Johns Hopkins University.

The couple opened the nation's first clinic for in vitro fertilization at EVMS in Norfolk in 1979, the year after the world's first "test-tube baby," Louise Brown, was born in England.

In 1981, their clinic achieved success with the first IVF pregnancy in the U.S., and in December of that year, a healthy baby girl, Elizabeth Carr, was born.

Since then, more than 5 million babies worldwide have been born the help of IVF techniques, including more than 63,000 a year -- 1.5 percent of all births -- in the U.S. as of 2013. About 4,000 IVF babies have been born with assistance from the clinic the Joneses established, and fertility treatments there have helped thousands of other families.

"The IVF success was an incredible accomplishment, not just for him personally but for our institution and for the profession of medicine," Richard Homan, M.D., President and Provost of EVMS and Dean of the School of Medicine, said in an obituary posted on the school's website.

"There are few people who inspire you when you first meet them. Dr. Jones was one of those individuals. He exuded an enthusiasm and a curiosity, and he was intellectually keen and extraordinarily bright, yet humble and human and approachable. He was the consummate scholar, academician and physician and a role model for all of us to emulate," Homan said.

Jones was born in Baltimore in 1910 and earned his medical degree from Johns Hopkins in 1935. He married the former Georgeanna Seegar in 1940, and they worked together throughout their lives. EVMS says Jones officially retired in 1997 when his wife developed Alzheimer's disease. She died in 2005. But even in retirement, Jones remained active in the medical field, continuing to write, attend conferences and keep office hours until his health began to fail earlier this month.

As a leader in the growing field of assisted reproductive technology, in 1984 Jones helped establish an ethics panel to guide its practices, which is now part of the American Society for Reproductive Medicine.

Jones was also the author of 12 books, including a recent memoir about his role in bringing babies into the world in a whole new way, "In Vitro Fertilization Comes to America: A Memoir of a Medical Breakthrough," which was published last December.