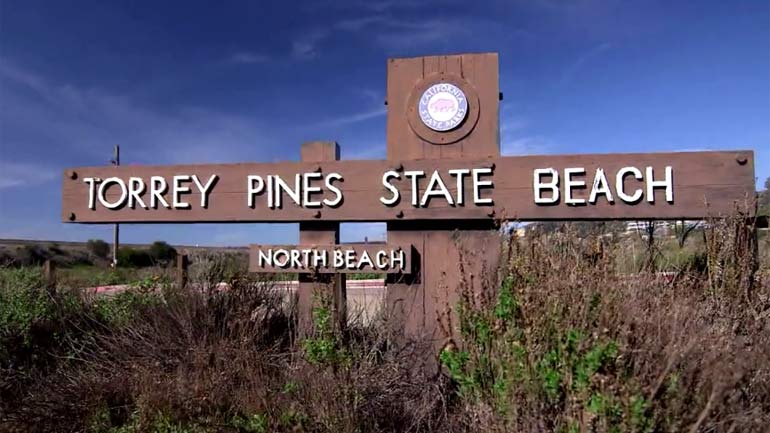 Cindy Cesare is a "48 Hours" producer. Here, she reflects on covering the haunting 1978 and 1984 cold case murders of Barbara Nantais and Claire Hough. A recent DNA hit in Hough's case yielded an unexpected result, but is the evidence reliable? The "48 Hours" investigation into the case"Blood in the Sand."

LA JOLLA, Calif. -- Torrey Pines Beach and State Park is arguably one of the most breathtaking places in San Diego perhaps even all of California. From high above the cliffs, the 2,000 acres of coastal reserve has expansive views across the bright blue ocean.

The Torrey Pine trees, which the park is obviously named for, are the rarest of the native pines in the United States. It's a place that's frequented daily by hundreds of tourists from around the world, and locals who use the park and beach as an extension of their backyard to hike, surf, bike, and swim.

It's a place I bring my out-of-town guests to see and it's where I meet my girlfriends to hike at dusk after work and on Sundays before the park gets too crowded. It's a place I feel safe.

That's why it was shocking when I first learned in 2012 about the cold cases of two young women who were brutally murdered at Torrey Pines State Beach; 15-year-old Barbara Nantais near life tower 7 in 1978 and 14-year-old Claire Hough near life tower 5 in 1984. By February 2013, San Diego police had announced that they had "re-opened" the cases and were looking at DNA to see if they could finally solve these crimes.

The cases were widely covered in the local San Diego news. This was a big story not just because two young women had been murdered at this peaceful place, but because their murders were so brutal, similar in nature, and had gone unsolved for three decades.

I had so many questions about these cases and the young women, not just as a journalist, but as someone who found Torrey Pines a place of beauty, not gore. The questions swirling were:

My early inquiries with the San Diego police department and reading other media reports led me to believe that DNA would obviously lead us to some answers. But I don't think anyone expected the results to yield what the police announced on October 23, 2014 -- that one of their own was partly responsible for Claire Hough's murder!

The local, and now, national media were intrigued. We had even more questions than answers since the police would not initially explain a connection between Tatro and Brown. Affidavits released through the court would soon give us some answers, indicating that police could not make a connection between the two men. But that still didn't answer the most important questions for the community and the victims in this case.

Was there a "Dexter" right under the noses of San Diego's police department? What about Barbara Nantais -- who killed her? And finally, did Kevin Brown really murder Claire Hough?

Over the course of our investigation at "48 Hours," we had and still have a lot of doubts concerning Kevin Brown. We are pretty sure that Ronald Tatro was responsible. His blood was in several spots on Claire's jeans. Tatro was also a convicted rapist, who had also attempted to rape another girl, and had a violent history with women.

But Kevin Brown's involvement with someone like Tatro gave us pause.

Why would Ronald Tatro commit this murder with someone else? He had never done that before. And why would he commit this crime with a man like Kevin Brown? Kevin Brown had no criminal past and was described by those who knew him as a mild mannered, "Nervous Nelly." Where and how had Tatro and Brown met?

The problem here is that police could never answer any of these questions either. Police were unable to find a connection between Ronald Tatro and Kevin Brown.

Is there reasonable doubt that Kevin Brown was involved? We will let you decide for yourself.

For the family and friends of the victims, they are left with many questions. And they are left with the haunting memories of what Torrey Pines Beach represents. For me, I think of both Barbara Nantais and Claire Hough when I hike past Lifeguard Towers 5 and 7 and head up the cliffs for the majestic views of this peaceful place. A place that is ironically so beautiful but yet has created so much angst in some people's lives.