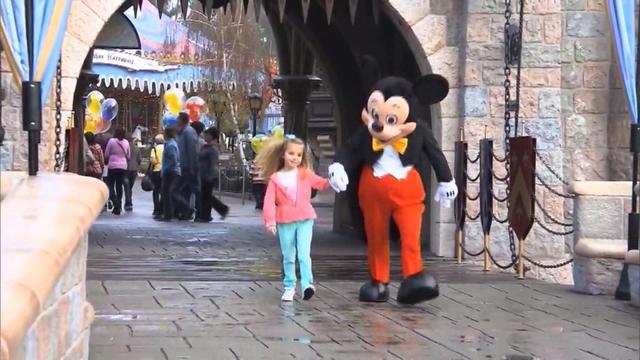 More than three dozen cases of measles in four states have now been linked to the outbreak that started spreading at Disney theme parks in Southern California over the holidays.

The highly contagious respiratory illness was declared eliminated in the U.S. in 2000, but health officials have seen a surge of measles infections in the country in recent years. California had its worst outbreak in decades in 2014, and many cases were linked to families who opted out of having their children vaccinated.

"People who believe that measles is no longer a threat, well I think this outbreak and the outbreak from last year are perfect examples that measles can still circulate in California," Dr. Helene Calvet, Orange County deputy health officer, told CBS News.

Here is more on the measles outbreak, how the disease spreads and how it can be stopped:

Q: How many people have been sickened with measles in connection with the Disney outbreak?

A: Health officials have identified 39 people in four states who have contracted measles. That total includes 13 more cases reported in California since the beginning of this week. The vast majority of infections -- 35 -- are in California. Utah recorded two cases, while Colorado and Washington state each had one case. Most fell ill after visiting Disneyland or Disney California Adventure in December, while some were exposed to people who traveled to the theme parks. The incubation period for people exposed at Disney parks ended last week, and health officials are on the lookout for secondary infections.

Q: Why did the outbreak occur?

A: Disease investigators have yet to find "patient zero," or the person who triggered the outbreak. Officials at the California Department of Public Health said it was most likely someone who caught the virus abroad and visited one of the theme parks. The illness was then spread to other visitors, many of whom were not vaccinated.

Q: How is measles spread? What are the symptoms?

A: The virus spreads easily by air through coughing and sneezing. Symptoms include fever, runny nose, cough and a blotchy rash all over the body. People who are contagious are urged to avoid crowded places. Health officials recommend that unvaccinated people in close contact with an infected patient be quarantined for 21 days. Measles can be dangerous, especially for babies and children who may experience complications such as pneumonia. In rare cases, measles can be deadly.

Q: Is there a way to prevent measles?

A: The best way to protect against measles is to get the measles-mumps-rubella, or MMR, vaccine. The Centers for Disease Control and Prevention recommends that children receive two doses of the vaccine, with the first dose given between 12 and 15 months old.

Q: Why do people in the U.S. still catch measles if the disease has been eliminated?

A: Measles is imported into the U.S. from places where the disease still occurs, including Europe, Africa and Asia. Last year, the U.S. saw a record 644 measles infections in 27 states. The majority of the infections were brought in from the Philippines, which experienced a measles epidemic. Once measles is in the country, it can spread among unvaccinated people who are too young to be immunized or who skip shots for personal reasons.