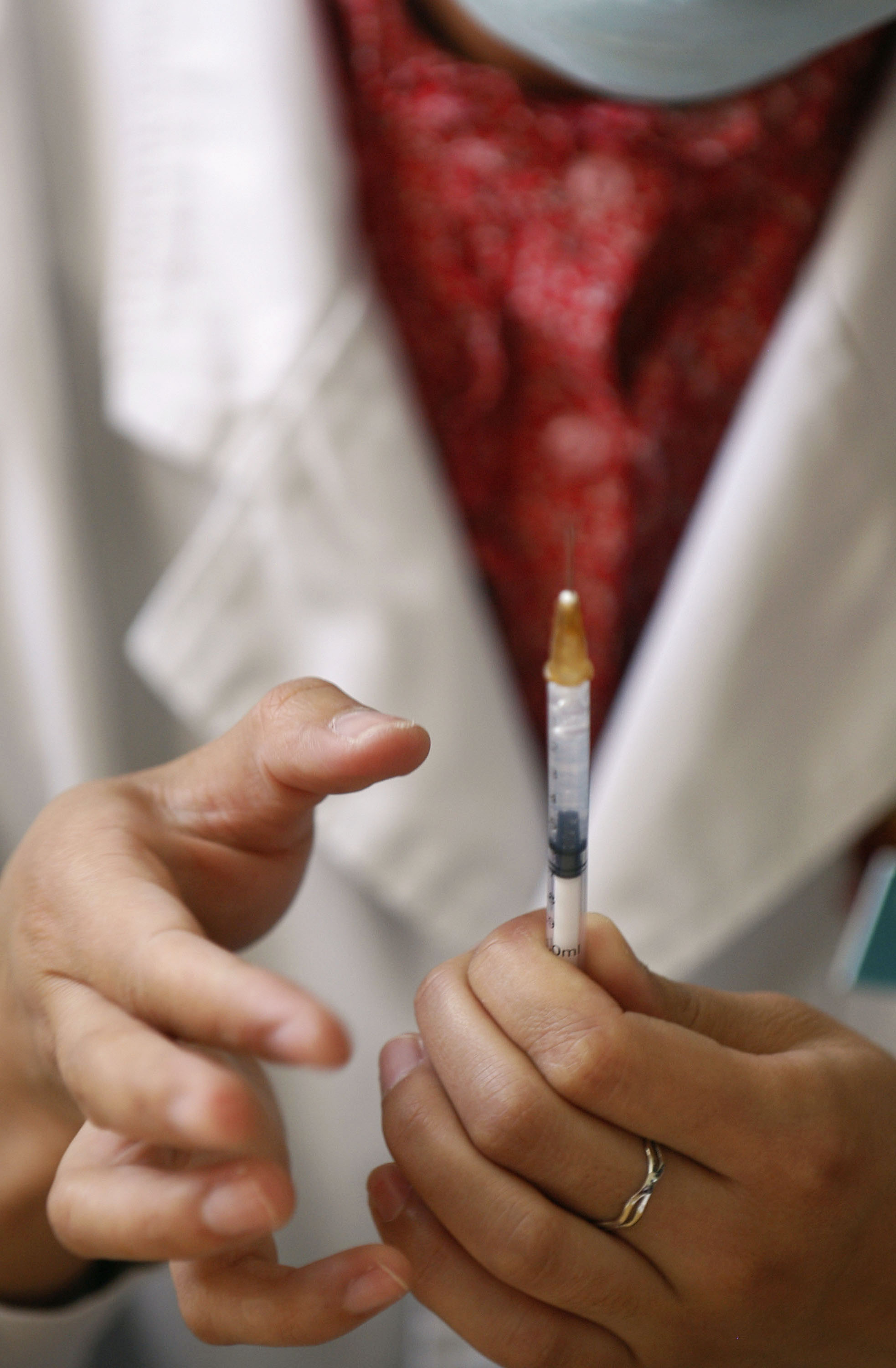 Two measles outbreaks are occurring in major metropolitan areas at opposite ends of the country, putting the spotlight back on a once virtually-eliminated disease.

In New York City, 25 cases of measles have been confirmed, according to numbers released April 1 by the New York City Department of Health and Mental Hygiene, including 12 children and 13 adults who were infected since February.

Meanwhile, 21 people in Orange County, Calif. have been infected with measles as of March 31, including 16 adults and five children.

Part of the problem, health officials say, is that some people refuse to get their children vaccinated due to unfounded fears about the safety of the vaccine.
"And when people don't get their children vaccinated, that's when you see these types of outbreaks that we're seeing," Dr. Anthony Fauci, executive director of the National Institute for Allergy and Infectious Diseases, told the CBS Evening News on Saturday.
That's problematic when people who travel overseas, where measles outbreaks are more rampant, come back with the highly-contagious disease and spread to those who haven't been vaccinated or haven't gotten the full dosage at the recommended time intervals, explained CBS News chief medical correspondent Dr. Jon LaPook.
That's why despite being "eliminated" in 2000, these measles outbreaks are cropping up.

"The disease never totally went away, but it's making a particular comeback because people are not getting properly immunized," LaPook explained. "The vaccination rate has been around 90 percent -- pretty good -- for years, but I think what's happening is the world is getting smaller."

For example in the Philippines 15,000 people are infected from a measles outbreak, and as of March 21, 13 U.S. travelers (mostly unvaccinated children younger than 2) have returned to the U.S. with the disease.

The MMR vaccine is recommended for children between ages 12 and 15 months, and again at ages 4 to 6 years old. But LaPook pointed out young children traveling overseas between ages 6 and 11 months are recommended by the Centers for Disease Control and Prevention to get the vaccine to stay protected.

In New York, a majority of children in this outbreak were too young to be vaccinated or within the 12-15 month window, according to health officials. Of the adults, many thought they had been vaccinated, but lacked documentation.

In the California outbreak, none of the children had been vaccinated, but 10 of the adults said they received an MMR (measles mumps and rubella) vaccine, while six had an unknown vaccination status.

"This is really such a tragedy when a kid not only can get sick, but dies from this disease which is utterly preventable with a vaccine that has been around for years," said LaPook.

Based on recent warnings from the CDC, measles outbreaks in these populated areas should not come as a shock.

The CDC warned last December that measles had come back in elevated numbers -- about 175 cases in 2013, compared to the typical 60 each year, making it the highest total in 17 years. Anti-vaccination beliefs were suspected to be behind the rate increases.

The disease is more common in Africa, Europe, Southeast Asia and the Middle East, so international travelers who have not been vaccinated may transmit the disease.

"I don't think there's anything specifically unique," Dr. Matt Zahn, medical director for the Orange County Health Department, told CBS News of the recent outbreak in his county. "This is the sort of the event we knew in larger communities are potential to happen."

One of the first cases in the O.C. outbreak was in an unvaccinated person associated with overseas travel. But since, multiple people who have not traveled have developed the disease; the outbreak is not linked to one cluster, but multiple different disease clusters have been reported.

If vaccinated persons are developing measles, does that mean that the MMR vaccine is ineffective?

"It's always a question that public health raises," said Zahn. "At this point it doesn't seem to be an issue with the vaccine, but its something we're looking at it."

Zahn explained most of the disease exposures among adults were health care-related, meaning they occurred in hospitalized patients or those in emergency rooms, people visiting patients or doctors offices, and other similar areas.

The CDC says more than 95 percent of people who receive a single dose of the MMR vaccine are immune against measles, and a second dose gives immunity to almost all of those who don't respond to the first dose.

O.C. public health officials investigated over 1,000 people in health-care associated exposures, so to Zahn, that shows how well the vaccine has worked. A case may still have gotten through after people got exposed multiple times to the infection.

"The issue there from our side as I see it is not an issue of the vaccine, but the number of people exposed in a health care situation," he said. "When you have that many exposed, even if the vaccine is 99 percent effective, you're going to have breakthrough cases. "