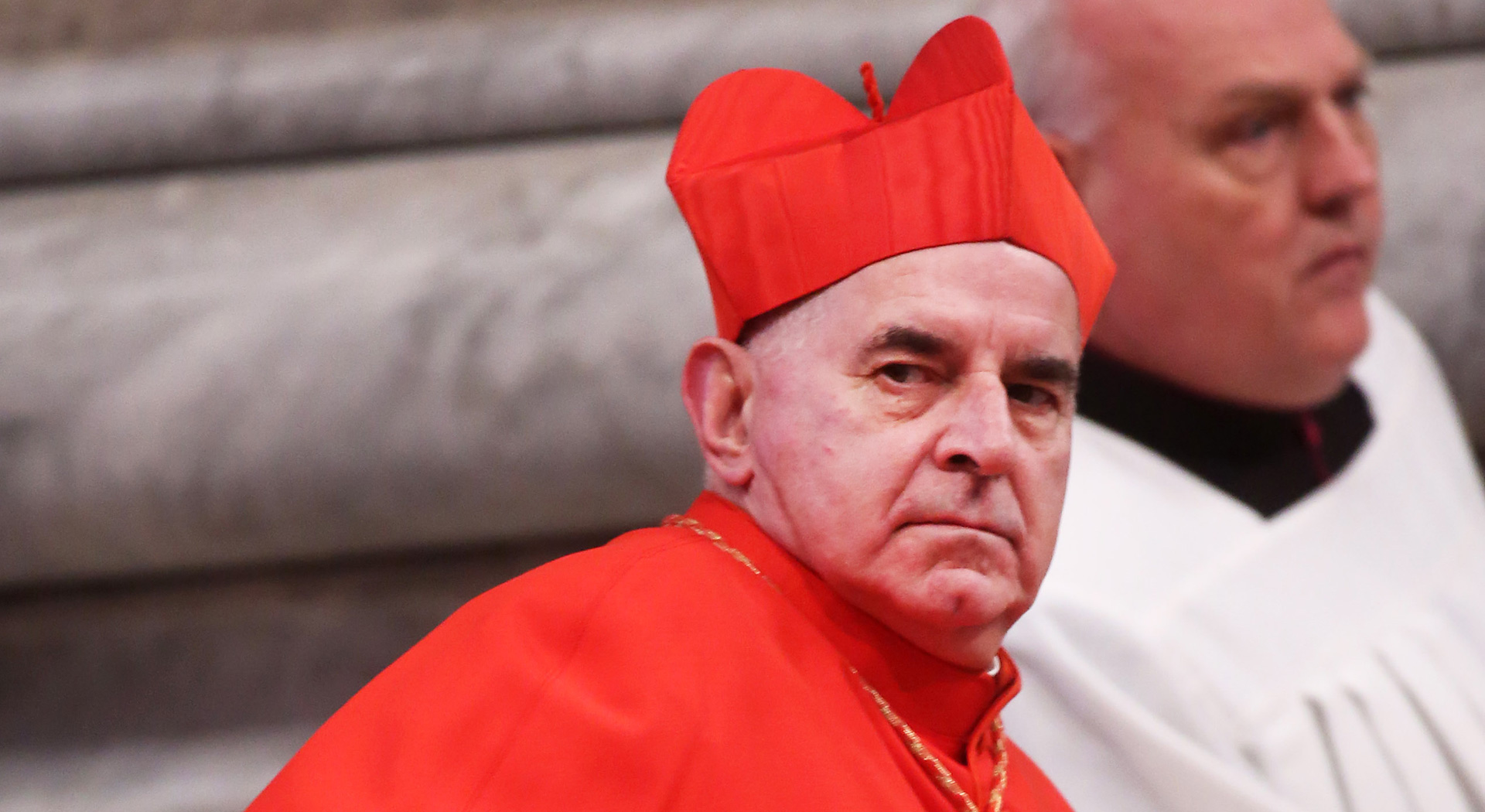 LONDON The cardinal who until recently served as Britain's highest-ranking Catholic leader on Sunday acknowledged having engaged in unspecified sexual misbehavior and promised to play "no further part" in the public life of the church, a statement that comes at an awkward time for the Vatican.

Cardinal Keith O'Brien resigned Monday from his position as archbishop of St. Andrews and Edinburgh after a newspaper published unnamed priests' accounts of unspecified inappropriate behavior.

O'Brien initially rejected the claims, saying he was resigning because he did not want to distract from the upcoming conclave of cardinals that is due to pick a successor to Benedict XVI, who resigned the papacy Thursday. O'Brien also said he would not attend the conclave.

But on Sunday, the Catholic church in Scotland issued a statement quoting O'Brien as saying that there had been times "that my sexual conduct has fallen below the standards expected of me as a priest, archbishop and cardinal."

"To those I have offended, I apologize and ask forgiveness," the statement continued. "To the Catholic church and people of Scotland, I also apologize. I will now spend the rest of my life in retirement. I will play no further part in the public life of the Catholic church in Scotland."

O'Brien gave no clue as to what exactly his sexual misbehavior consisted of, but his statement is nonetheless another reminder of the church's struggle shake off a litany of sex scandals, including those involving pedophile priests.

The claims against O'Brien were first reported by The Observer newspaper.

In its Feb. 24 edition, the British newspaper reported that O'Brien was alleged to have made what it described as "an inappropriate approach" to a seminarian after night prayers.

All four, the paper said, had sent letter of complaint to nuncio Antonio Mennini, the Vatican's ambassador to Britain, early last month.

The paper did not cite a source for its reporting last week, but in this Sunday's edition it quoted the still-unnamed former seminarian as saying that the church had failed to respond quickly and appropriately to his complaint.

O'Brien has at times had a rocky tenure as a cardinal.

In 2003, as a condition of assuming that rank, he was forced to issue a public pledge to defend church teaching on homosexuality, celibacy and contraception. He was pressured to make the pledge after he had called for a "full and open discussion" on such matters.

At the time, O'Brien said he had been misunderstood and wanted to clarify his position. But statements made last week, before the scandal over his behavior broke, suggested he never really changed his mind.

In an interview with the BBC, O'Brien said celibacy should be reconsidered because it's not based on doctrine but rather church tradition and "is not of divine origin."