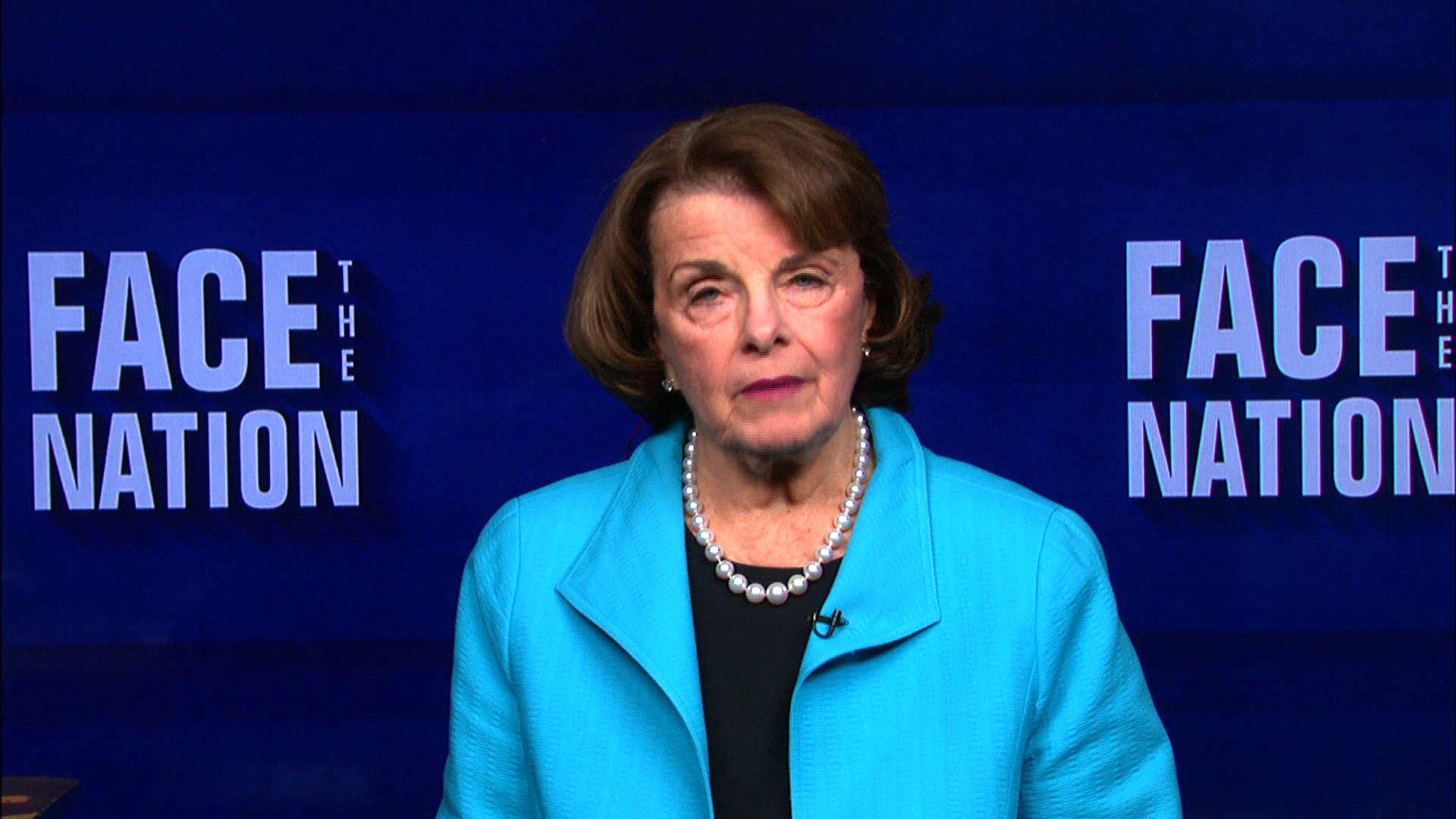 Sen. Dianne Feinstein told CBS "Face the Nation" no law would have stopped the Las Vegas shooter from killing 58 people and injuring more than 500 at a country music concert last week.

The California Democrat made the comment as Congress debates how — or whether — to move forward on gun control measures that would prevent another Las Vegas-like tragedy. CBS "Face the Nation" host John Dickerson asked Feinstein if Congress could pass any law that would have stopped Stephen Paddock's rampage.

"No, he passed background checks registering for handguns and other weapons on multiple occasions," said Feinstein, who noted Paddock didn't display any of the signs one might look for in a potential shooter like a criminal record or mental illness.

But Feinstein doesn't believe that means Congress should do nothing on gun control.

Feinstein said banning bump stocks is "one small thing" that Congress can do to take these weapon transformers out of circulation, and rejected the notion that the bill will lead to banning semi-automatic weapons or seriously restricting gun access in some other way. The bump stock ban was a part of broader assault weapons legislation many Democrats supported in 2013. That bill failed.

"It's a two-page bill, I'll send a copy of it to anyone who calls our office, and you can look at it yourself," Feinstein said. "It does not take anyone's gun."

The California senator did criticize a concealed-carry reciprocity bill currently in the Senate. That legislation would allow people who have concealed carry permits in one state to use that permit in any other state.

"Well, my opinion of that bill is it's terrible," she said. "We want every American to feel comfortable packing a concealed weapon around the country? I represent 40 million Californians, and I can say without hesitation Californians do not want concealed carry."

Feinstein also pushed back on the idea that concealed carry permits are explicitly protected by the Second Amendment.

"Well, I don't believe it's protected by the Constitution," Feinstein said, adding that reciprocity would only make the gun situation in America worse.

Feinstein also touched on foreign affairs, as the Trump administration looks to possibly pull out of the Iran nuclear deal. After a recent Senate Judiciary Committee intelligence briefing, Feinstein said there is "no question" Iran has complied with the stricture of the deal. Whenever a question arose about compliance, it was handled, she said.

"There is no question but that Iran has complied with the strictures of the deal, and when either IAEA (International Atomic Energy Agency) found something or anyone else found something, it was quickly remedied if there was a glitch," Feinstein said. "So they have cooperated, I think, 100 percent."

That doesn't mean everyone approves of what Iran is doing, she said. But Feinstein fears pulling out of the agreement would have broader implications beyond Iran.

"I think the biggest ramification from this would be to really create a crisis with North Korea, because it would give North Korea reason to believe well nothing the Republicans do can you trust," Feinstein said. "When you have the United Kingdom, France, Germany, Russia, China, and the United States all agreeing to support something, and the United States goes through an election, the new president pulls us out, what does that say? It says you can't do business with America."