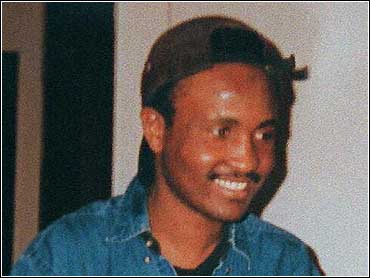 However, the officers, who fired 41 times during the incident, will not be allowed to carry their guns or badges, meaning they will be on non-enforcement duty, Kerik said. They will serve without their weapons until Kerik determines they are fit for regular duty.

The officers will not undergo retraining in tactics and firearms use, Kerik said.

Kerik accepted the recommendations of two police investigative panels, concluding that the officers acted within departmental guidelines. The panels said the officers believed their lives were in danger because they thought Diallo had a gun. The 22-year-old West African immigrant had been holding his wallet.

Kerik's decision means the officers are free to resume their police careers. Since the Feb. 4, 1999, shooting, all four have been on desk duty with their guns and badges taken away. Boss and Carroll have said they wish to remain on the force, while McMellon and Murphy have applied to the Fire Department.

The shooting severely strained relations between the police and the city's black community and sparked protests and allegations of endemic police brutality.

On Thursday, Kadiatou Diallo, Diallo's mother, said she was not surprised the officers would not be disciplined.

"It's been over two years since I came to America. The only thing that I can claim still is justice," she said. "Unfortunately, it is not happening, and I don't understand why."

Attorneys for the officers said their clients were relieved this process was over.

"It's been a long road, and the officers are pleased that the department has vindicated their actions," said Stephen Worth, McMellon's attorney.

His client is looking forward to joining the Fire Department, Worth added.

"He lives with this every day, but he still wants to be in a business where he's helping people," Worth said.

James Culleton, Murphy's attorney, said his client also wishes to be a firefighter, like his father. Culleton added that the incident has been scrutinized thoroughly, and "in the end, there was no wrongdoing."

"There are people who are going to never change their opinion, that's human nature, but hopefully the majority of the people will say it's time to move on," Culleton said.

Attorneys for Boss and Carroll did not immediately return telephone calls for comment.

By DONNA DE LA CRUZ
© MMI The Associated Press. All Rights Reserved. This material may not be published, broadcast, rewritten, or redistributed