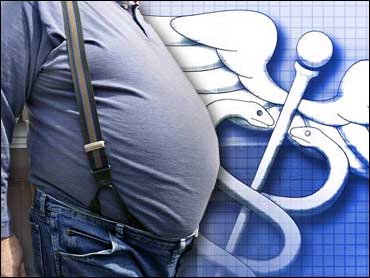 (CBS/AP) A new study links the controversial diabetes drug Avandia to heart problems, strokes and deaths in older adults, and says it is more dangerous than a rival drug, Actos.

The study, a huge review of federal health care records, comes two weeks ahead of a FDA hearing on Avandia's safety. The lead author, Dr. David Graham, is an FDA scientist who wants the pill banned.

As many as 100,000 heart attacks, strokes, deaths and cases of heart failure may be due to Avandia since it came on the market in 1999, Graham said.

Harms from Avandia are great enough to "put you in a hospital or in a cemetery," he said.

Avandia is a once-blockbuster drug for Type 2 diabetes, the most common form of the disease and the kind often tied to obesity. Avandia and Actos are pills that help the body make better use of insulin, a key digestive hormone.

The American Heart Association issued a statement reminding patients not to stop taking any medicine without talking with their doctors first. The new study is not definitive enough to prove harm but "deserves serious consideration" and should be discussed between patients and their doctors, the statement says.

Avandia has been under a cloud since May 2007, when a review of dozens of studies suggested it may raise the risk of heart attacks and heart-related deaths. Warnings were added to its label, and the American Diabetes Association told patients to avoid using it until safety questions were resolved.

The FDA and Congress have held meetings on the drug but it has remained on the market, still used by hundreds of thousands of Americans.

Avandia's maker, the British company GlaxoSmithKline PLC, maintains that its drug is safe. A spokeswoman said the new study has limitations, and that the company looks forward to a full discussion of evidence at the FDA hearing.

The study involved 227,571 federal health program patients, average age 74, who started on Actos or Avandia from July 2006 through June 2009 and were followed for three years on average.

There were 2,593 heart attacks, heart failure cases, strokes and deaths among the 67,593 Avandia users, and 5,386 of those problems among the 159,978 people taking Actos. Just dividing these numbers to compare side effect rates can't be done, though, because people were on the drugs for differing lengths of time.

Unlike studies in younger patients that implicated Avandia, heart attack risks were similar in both groups in the study. Sudden cardiac deaths are much more common in older adults, and whether Avandia affects heart risks differently in older versus younger patients is unknown, the researchers note.

The findings suggest that if 60 people were treated with Avandia for one year, one extra case of heart failure, stroke or death would occur that could have been avoided if they'd taken Actos instead, Graham said.

"The evidence is overwhelming," he said. "There is not a single study where those two drugs are compared where Avandia doesn't look worse than Actos. How many studies do you have to do before you come to your senses?"