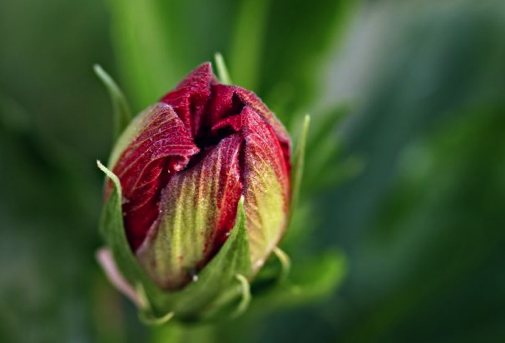 COMMENTARY Good news! First-time claims for unemployment benefits are down to their lowest level since April, a sign the job market is improving. Bad news! An additional 1 million American kids fell into poverty last year. Good news! Home construction is up. Bad news! The U.S. isn't even halfway through the foreclosure epidemic that has followed the housing crash.

The mixed economic signals can make it hard to tell if things are better, worse or stuck in neutral (and as usual it partly depends whom you ask). More certain is that after lurching toward recession earlier this year, the economy is gaining momentum.

This isn't to overstate the strength of that recovery. Nor does it diminish the scale of the problems afflicting the economy, from stubbornly high unemployment and deepening poverty to income inequality. But the positive signals matter, too, guiding how consumers and businesses act and shaping government responses to the country's economic challenges. As obvious as it sounds, we need to know where the economy stands. And in some ways it is finding its feet.

Consumers to the rescue

Retail sales have increased for five consecutive months, including a healthy 0.5 percent rise in October that topped economists' expectations. As my colleague Dan Burrows notes, that improvement isn't across the board. People are spending more on some items, such as cars, restaurants and electronics, while pulling back on others. Yet this demand is at least strong enough to keep the economy chugging forward, experts say:

"Households continue to spend at a pace that can keep the U.S. economy comfortably out of recession," said Eric Green, chief market economist at TD Securities in New York. "These numbers give me more confidence that retailers' expectations of stronger sales growth this holiday season will come true."

As the stronger retail numbers suggest, consumer confidence is growing, although it remains fragile by historical standards. People aren't particularly optimistic about their personal financial prospects. But they are less fearful that the economy is veering off a cliff. One reason -- prices for gas, food and other goods, which spiked earlier in this year, recently fell for the first time since June.

Another festering sore for Americans -- housing -- also may be starting to heal. October construction of single-family homes increased than 5 percent over the previous month, another sign of strengthening demand in a critical economic sector. Home sales are also expected to creep up in 2012, although an uptick in unemployment or more problems in the eurozone could change that forecast. Permits for new buildings are up, too, which bodes well for future activity.

The brighter picture for U.S. consumers is boosting manufacturers. Output is picking up at factories, utilities and mines, driven by rising sales both domestically and abroad. As one economist told the WaPo:

"The continued resilience of manufacturing is encouraging, since this should be the sector most exposed to the global economic slowdown," said Paul Ashworth, chief U.S. economist with Capital Economics.

So after economic growth collapsed in the first half of the year, it is now showing faint, but significant, signs of life. Which could be extinguished tomorrow (sorry about that). The continent-sized caveat for the U.S. recovery: Europe. Growth in the region is stalled, while the debt crisis continues to flare.

And on that front of late there are danger signs. For instance, efforts by the Spanish government to raise money fizzled last week, with few investors willing to taking a chance on the country's bonds. Financial markets are even beginning to shy away from German debt, says Business Insider's Joe Weisenthal, an indication that European policy-makers have failed to halt the "contagion."

Heading into the critical holiday shopping period, it is also unclear if domestic consumer spending will remain strong enough to overcome the persistent weakness in job-creation and in wage growth. The latter, in particular, is critical over the long-term. Spending is up not because people are seeing bigger paychecks, but because they're tapping savings. That can't go on forever. Meanwhile, the merest hint of a renewed downturn could quickly curtail spending, throwing a wrench in manufacturing and raising unemployment.

So while the economy is recovering, it also remains highly vulnerable. After all, we've seen this before. The economy showed similar signs of getting back on track in late 2010 before suddenly going in reverse. And that doesn't even begin to consider the political turmoil in Washington and Brussels as policy-makers try to avoid disaster and spark growth. Said New York Federal Reserve chief William Dudley in a speech last week that summarized the state of the U.S. economy:

We cannot be satisfied with the current state of the economy or the outlook for the next few years. The economy is operating far below its productive potential -- leaving the level of output, income and employment much lower than they would be if the economy's unused resources were put to work. One summary statistic says it all -- the unemployment rate is unacceptably high at 9 percent. Given my outlook, the decline of unemployment over the next year is likely to be modest.

Modest gains are better than none, of course. For now -- indeed, perhaps for a long time -- they're probably the best we can expect.