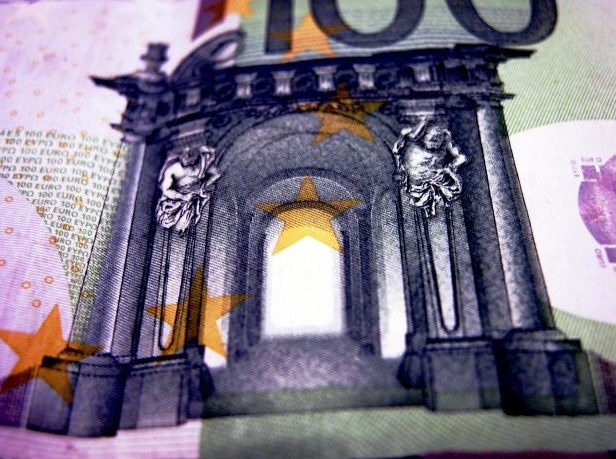 COMMENTARY Talk about kicking a continent while it's down. Growth in the eurozone is stalling--big time, according to a new forecast by the European Commission:

The recovery of the EU economy has stopped. Sharply deteriorated confidence is affecting investment and consumption, weakening global growth is holding back exports, and urgent fiscal consolidation is weighing on domestic demand. GDP in the EU is now projected to stagnate until well into 2012. Growth for the whole of 2012 is forecast at about 0.5 percent.

Gulp. It is, to use that tired (but useful) cliche, a perfect storm. Rising debt concerns, fragile banks and slowing growth are combining to put Europe at risk of plunging into recession. Notably, every nation in the 17-member bloc is expected to slow down in 2012.

That includes Germany, the country expected to shoulder the heaviest financial burden of bailing out troubled states. The country's economy, which the EC in May estimated would expand next year by 1.9 percent, is now projected to grow only 0.9 percent -- assuming European officials find a way to stop the bleeding.

The situation in France, until recently another bulwark against economic calamity in the eurozone, is faring even worse. Both corporate investment and personal consumption are weakening. That will cause a "marked slowdown," and the country's economy could even shrink. The EC expects 1.6 percent growth in France for 2011, but only 0.6 percent next year.

Investor panic puts Italy on the precipice
Why Italy's economy matters to the U.S.
Bring out your ead: The Greek flu Is spreading to Italy

Why Europe is decelerating

Italy's economy, where debt concerns reached crisis proportions yesterday, is likely to contract later this year and into 2012, as domestic demand ebbs. The story is similar, though somewhat less dire, for countries in Scandinavia and Central and Eastern Europe, which had showed stronger growth following the financial crisis.

Still, the upshot is clear: The recovery in Europe has hit a wall. That means the region can expect tepid demand, weak personal consumption and subdued hiring. Indeed, employment growth is likely to "grind to [a] halt" next year, according to the EC.

Although economic conditions vary by country, here's a short-list of factors inhibiting growth in Europe:

The Commission does expect growth in the eurozone to gradually pick up starting next spring -- with one Brussels-sized caveat: Europe must solve its debt crisis. Uh, huh. The obvious problem there is that there will be no solution if eurozone countries, especially weaker stakes, can't find a way to boost growth and regain their competitiveness.