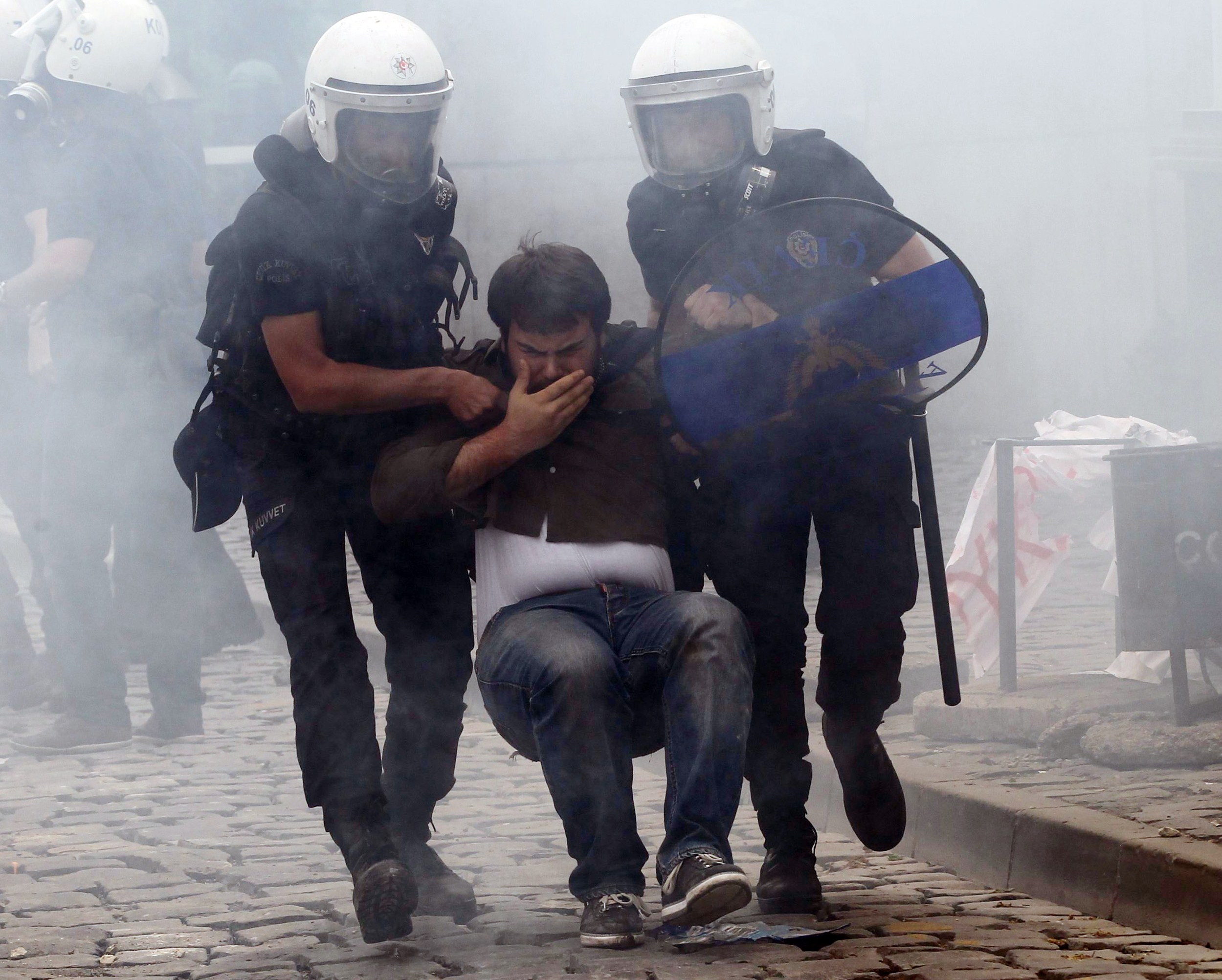 SOMA, Turkey -- In a relentless procession that ignited wails of grief, rescue workers coated in grime lumbered out of a mine in western Turkey again and again Wednesday, struggling to carry stretchers laden with bodies covered in blankets.

The corpses' faces were as black as the coal they worked on daily. There were 274 of them - and the fate of up to 150 other miners remained unclear in Turkey's deadliest-ever mining disaster.

While emergency workers battled a toxic mix of carbon dioxide and carbon monoxide in deep underground tunnels to try to find survivors, anger and despair engulfed the town of Soma, where Turkish officials said at least 274 miners died in Tuesday's coal mine explosion and fire.

Tensions were high as hundreds of relatives and miners jostled outside the mine's entrance Wednesday, waiting for news. They were countered by a heavy police presence.

Many in the crowd expressed anger at Prime Minister Recep Tayyip Erdogan's government. Rocks were being thrown and some people were shouting that Erdogan was a "Murderer!" and a "Thief!"

The protesters faced off against riot police, who had gas masks and water cannons, in front of the ruling NKP party headquarters.

Rows of women wailed uncontrollably and men knelt sobbing or just stared in disbelief as rescue workers removed body after body. To let off steam, some heckled Turkish officials, including Prime Minister Recep Tayyip Erdogan, as they passed by.

Energy Minister Taner Yildiz said 787 people had been inside the coal mine at the time of Tuesday's explosion: 274 had died, 363 had been rescued and scores of them were injured.

It also left 150 miners still unaccounted for. Erdogan said Wednesday morning that 120 miners were still missing. There was no immediate way to reconcile the differing figures.

Rescuers were still trying to vent out the carbon dioxide and carbon monoxide and pump clean air into the mine, according to mine owner Soma Komur Isletmeleri A.S.

Yildiz said rescue workers were trying late Wednesday to reach the bodies of 20-22 people trapped in one specific zone. Some of the workers had been up to 460 yards deep inside the mine, he said.

One elderly man wearing a prayer cap wailed after he recognized one of the dead, and police had to restrain him from climbing into an ambulance with the body. An injured rescue worker who emerged alive was whisked away on a stretcher to the cheers of onlookers.

The last worker rescued alive emerged from the mine around dawn, a government official said on condition of anonymity because she didn't have prior authorization to speak publicly to journalists about the issue. As of 3:30 p.m., it had been about 10 hours since anyone had been brought out alive.

"Regarding the rescue operation, I can say that our hopes are diminishing," Yildiz said before Erdogan's visit.

Erdogan said there were an estimated 120 workers still inside the mine.

"Our hope is that, God willing, they will be brought out," he said. "That is what we are waiting for."

Tensions were high as hundreds of relatives and miners stood outside the mine. The crowd shouted at officials, including when Yildiz passed by, and some wailed each time a body was brought up. A heavy police presence was in place around the mine.

The explosion tore through the mine as workers were preparing for a shift change, officials said, which likely raised the casualty toll because there were more miners inside than usual.

Mining accidents are common in Turkey, which is plagued by poor safety conditions. Turkey's worst mining disaster was a 1992 gas explosion that killed 263 workers near the Black Sea port of Zonguldak.