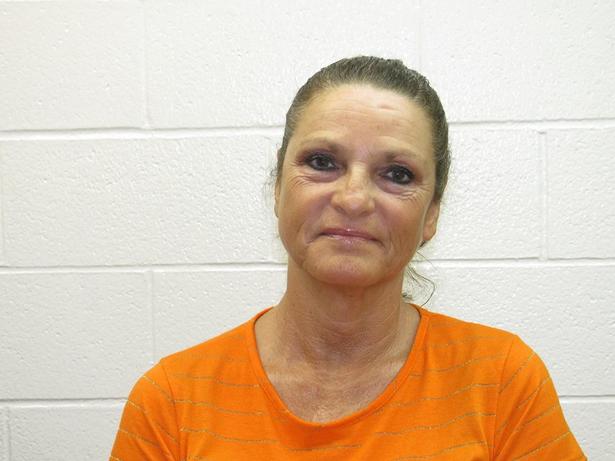 (CBS) HOT SPRINGS, Ark. - The mother of escaped Arkansas inmate Derrick Estell has been arrested nearly a week after her son was caught on video jumping a counter and running out the door of the Garland County Detention Center, CBS affiliate KTHV reports.

Deputy Scott Hinojosa said Glenda Estell, 54, was arrested for assisting in the escape of her 34-year-old son, who is reportedly still on the run. An arrest report obtained by KTHV says that 40 phone calls were made between Derrick and his mother between June 28, 2013 and July 28, 2013.

"The phone conversations between Derrick and Glenda Estell all have random mentions of the plan for Derrick to escape custody, just at various intervals between normal conversations," the arrest report states.

The phone call Derrick made at 7:27 a.m. on the day of escape reportedly made reference to Derrick "being back in a couple of hours" and included Derrick telling his mother that he would call her and hang up to let her know when he was picked up.

It was previously reported that William Harding, 58, was also taken into custody for allegedly assisting in Derrick's escape. Officials say he began talking to deputies in order to divert their attention and have them go to the other side of the booking room to look up answers. Once the deputies were away from the booking area window, Derrick jumped the counter and ran out the door.

A woman, identified by police as Tamara Upshaw, was reportedly waiting in the parking lot for Estell with the passenger door to her car open. A warrant had been issued for her arrest following the escape.

Anyone with information on the whereabouts of Derrick Estell is asked to call 911 or an anonymous tip line at 501-622-3674.

According to KTHV, at the time of his escape, he was being held on 26 different charges including aggravated robbery, burglary, theft, breaking and entering and fleeing.