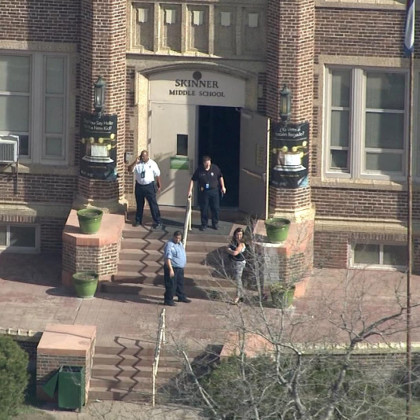 DENVER - Police say students and staff at a middle school in northwest Denver are safe after two juveniles were found at the school with handguns and taken into custody, along with another juvenile, reports CBS Denver.

"We had a couple of juveniles that brought weapons to the school," said Denver police spokesman Cmdr. Paul Pazen. "The students and the staff did everything that they were supposed to do to prevent any kind of injury or harm as a result of this action. Our students are to be commended for seeing something and saying something right away."

Police said the third juvenile had a smoke detector, reports the station.

A lockdown started at approximately 8:30 a.m. and lasted for nearly an hour, according to CBS Denver.

Video showed several parents leaving the school with their children at 10 a.m.