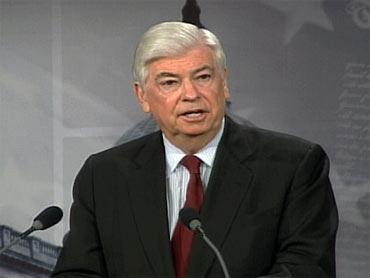 The Senate Banking Committee has approved Democratic legislation overhauling Wall Street regulations on a party-line vote. The bill now goes to the Senate, where its prospects remain in doubt.

The bill was written by Banking Committee Chairman Christopher Dodd, a Democrat from Connecticut. It would give the government unprecedented powers to split up firms considered a threat to the economy, put together a council of regulators to watch for risks in the financial system and create an independent consumer watchdog.

Sen. Richard Shelby, the committee's top Republican, said Republicans decided not to seek changes to the bill in committee. He said such an effort would not have been productive.