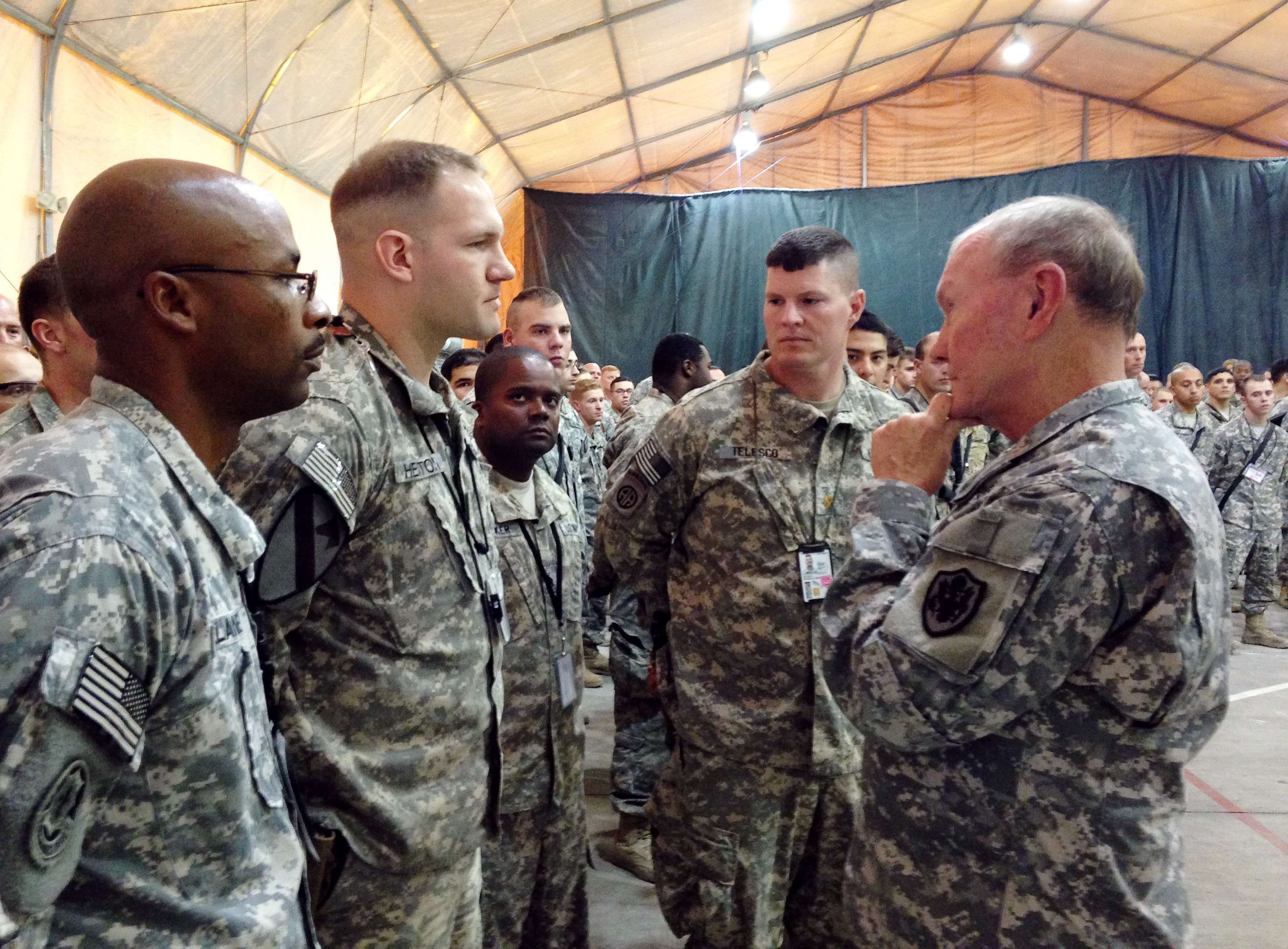 Gen. Martin Dempsey, chairman of the Joint Chiefs of Staff, explained Wednesday what the United States and its allies have to do to defeat the Islamic State of Iraq and Syria (ISIS, also known as ISIL).

"When the Sunni population rejects it, that's the defeat mechanism," Dempsey said at the Defense One Summit in Washington, D.C.

The chairman noted the multiple ways the U.S. is attempting to help Iraq leaders defeat the extremist group, including counter-financing and counter-messaging efforts. Dempsey added that "the counter-ISIL strategy has to exist in both Iraq and Syria." As for the military strategy specifically, he said, the "strategy is Iraq first, but not Iraq only."

Currently, he said, "we've got the conditions set to lead to a coherent military strategy" in Iraq. "Some of the conditions in Syria are not yet set."

The U.S. has a credible partner inside of Iraq, he said, that's attempting to form an inclusive government. Dempsey recently returned from Iraq, where he met with the nation's new leaders including Prime Minister Haider al-Abadi.

The chairman said he was "encouraged" by the meetings but is keeping a "pragmatic" outlook on the challenges they face. For one thing, he said, as Iraqi security forces reclaim territory from ISIS, "there's a gap in the plan" for assisting people who were displaced.

Dempsey said that Iraqi security forces were having "some tactical success" pushing the "defensive belt" around Baghdad out. "There's this delicate balance being established, and I think over the next few months with the help of our advisers... there will continue to be progress on the ground."

After engaging in military operations in Iraq in the early 1990s and during the Bush era, Dempsey said that he can say with authority that "we're taking a different approach" to the current war in Iraq.

"There's two ways to deal with these fragile states," he said. "You can gain control of it yourself and over time give it back... Frankly, that's the model we adopted" in the past.

"This one is different," he said. "Instead of grabbing ahold of it owning it... we're telling [Iraqis] from the start, this is about you... We'll enable it, we'll support it, we'll build a coalition to lead it with you."

Dempsey also noted the "remarkable" multinational coalition committed to the effort against ISIS.

"I'm surprised that we've got them where we are, and there's room to expand it even further," Dempsey said, specifically noting that he'll be meeting in the U.S. this week with the minister of the Saudi Arabian National Guard.