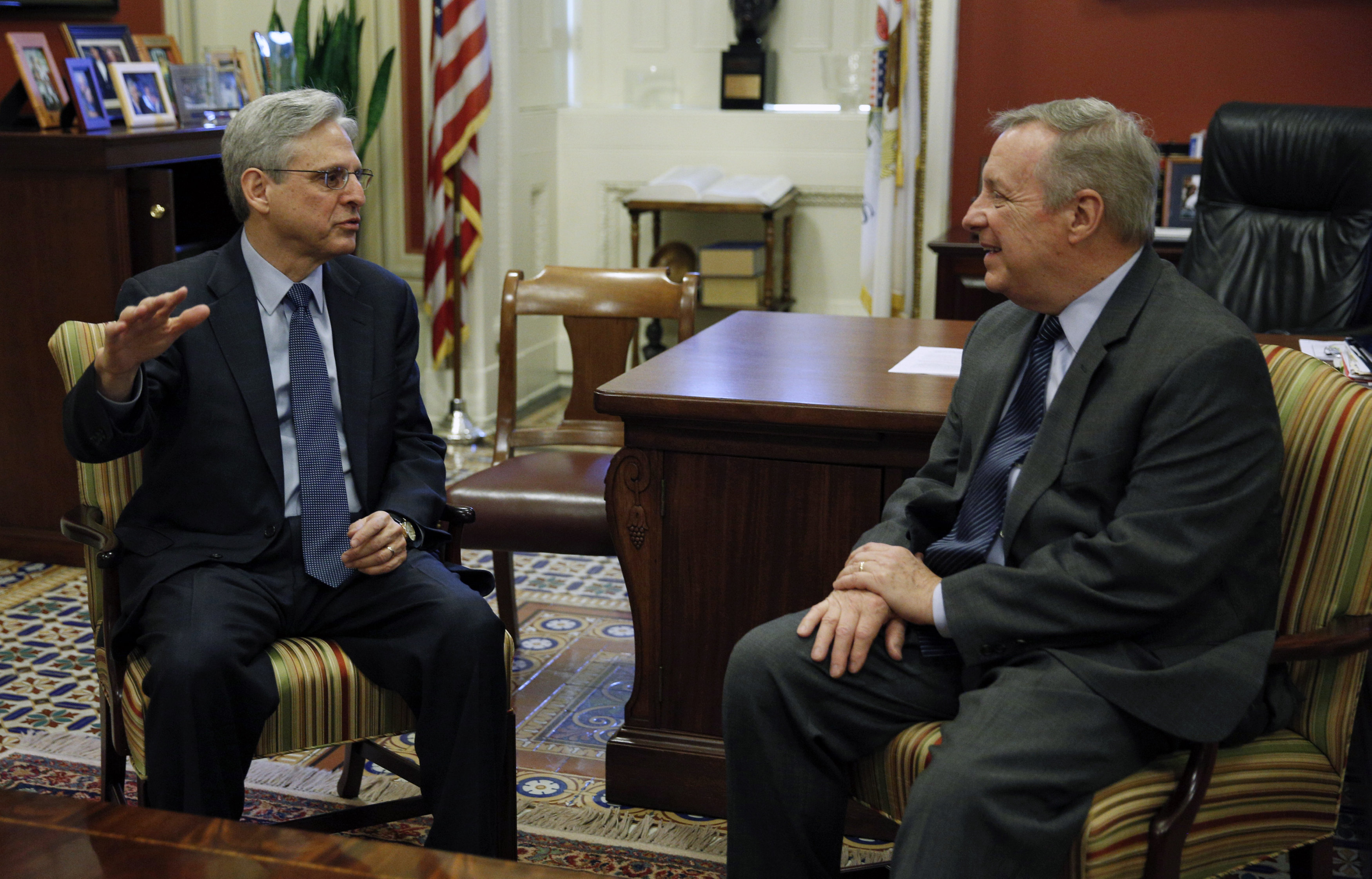 Senate Democrats are thinking about how they can apply some pressure on Republicans who are refusing to consider the Supreme Court nomination of Merrick Garland, Senate Minority Whip Dick Durbin said Wednesday.

"We are actively considering them this week. Some good ideas have been brought up, but no decisions have been made," the Illinois Democrat told reporters after meeting with Garland in his Senate office.

Durbin predicted that Senate Democrats would soon decide what kinds of procedural moves they'll pursue, though he emphatically ruled out shutting down the government.

"No one is suggesting that," said Durbin, who added that Democrats are working through the process in a "dignified and respectful way."

Asked if Democrats would consider blocking government spending bills, Durbin said, "We have not considered answering obstructionism with obstructionism."

"These courtesy visits are an important step in the Senate confirmation process and represent opportunities for Senators to have thoughtful, substantive conversations with Chief Judge Garland. We look forward to additional Senate meetings in the coming weeks," White House spokesman Eric Schultz said Tuesday.

While these Republicans are willing to meet Garland, most are still opposed to considering his nomination this year. After Justice Antonin Scalia died in February, Senate Majority Leader Mitch McConnell made it clear that the upper chamber wouldn't hold any hearings or votes for any Supreme Court nominee until after the next president is sworn in next January.