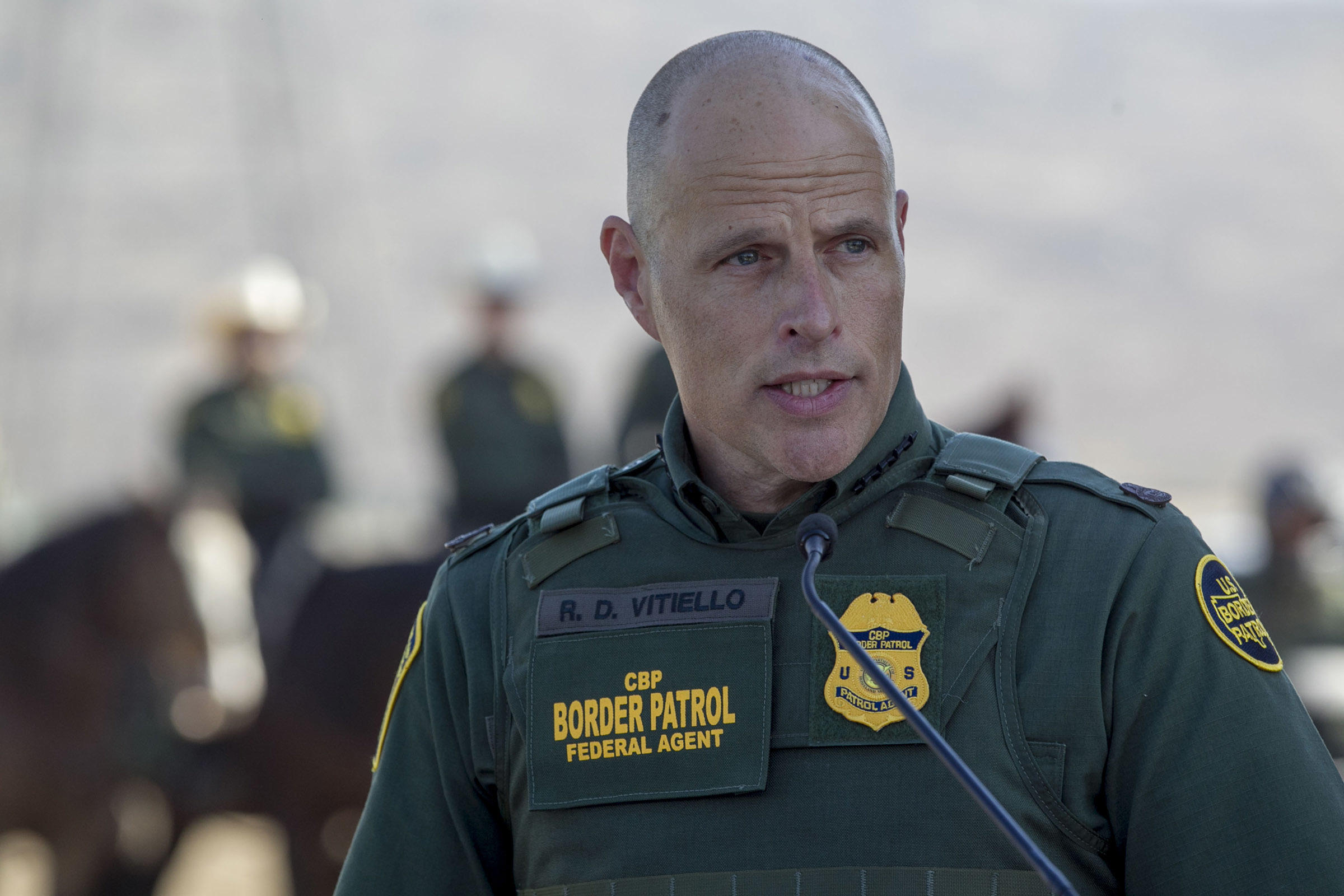 During his Thursday confirmation hearing to become the director of the agency he has lead on an acting basis since June, Vitiello faced pointed questions and scathing criticism from Democratic members of the U.S Senate Committee on Homeland Security and Governmental Affairs. Some of the fiercest questioning came from California Sen. Kamala Harris, a former prosecutor, who asked the ICE chief if he recognized how his agency is perceived in many immigrant communities.

"Are you aware that there's a perception that ICE is administering its power in a way that is causing fear and intimidation — particularly among immigrants and specifically among immigrants coming from Mexico and Central America?" Sen. Harris asked, after a heated exchange with Vitiello over an alleged comment he made on Twitter comparing the Democratic Party to the Ku Klux Klan.

Vitiello's admitted that his tweet "was wrong to do" because it included "offensive words." Pressed by Harris, the Acting ICE Director also stressed that he saw no parallels between the perception of the work undertaken by his agency's officers and the "fear and force" he said the Ku Klux Klan employed to "change the political environment."

The junior senator from California also pressed Vitiello on an agency directive from December of last year that effectively ended the practice of auto-releasing pregnant women from ICE detention. Asked for the number of pregnant women in ICE custody, including those in their final trimester of pregnancy, Vitiello said he did not have statistics with him, but that the number is "very small." He added that detention of women in their third trimester is "rare."

Sen. Harris asked ICE's Acting Director if the agency had commissioned an assessment of the treatment of pregnant women under its custody. "A specific assessment, I'm not aware of," Vitiello responded.

Referring to the government's practice of forcibly separating migrant children from their parents near the U.S.-Mexico border — which President Donald Trump was forced to rescind by way of an executive order after a massive uproar — Democratic Senator from New Hampshire Maggie Hassan asked Vitiello if he was aware of the psychological trauma that could be inflicted on children if they are separated from their families.

"I would like, like I said earlier, that we weren't in a situation where large numbers of families with children are approaching the border," Vitiello replied. "But that's not the situation that we're in."

Sen. Hassan accused the ICE chief of portraying children as "tools" to punish their parents who cross the border illegally. "We have the capacity in the United States of America to control our borders without harming children," she said.

Her Democratic colleague, Sen. Gary Peters of Michigan brought up reports that the administration is considering a modified deterrence policy proposal that would again lead to family separation. The proposal would force apprehended migrant families to choose between voluntarily relinquishing their children to foster care or opting to remain in custody together and waiving their children's right to be released from detention within 20 days — as guaranteed by the Flores court settlement.

Vitiello, who used to head the U.S. Border Patrol, confirmed "discussion is underway" within the administration on the proposal. When asked by Sen. Peters if he supported the policy, Vitiello noted that "it is a way for people to have a due process opportunity and remain in custody."

Republican members of the committee focused their line of questioning on how Vitiello would confront the reluctance by local "sanctuary" jurisdictions to cooperate with ICE's immigration enforcement operations and on his approach to curtail the opioid epidemic across the country.

Towards the culmination of the hearing, Delaware Democratic Sen. Tom Carper scrutinized the administration's thought process behind the "zero tolerance" practice, which he noted Vitiello played a role in implementing. The Delaware senator asked the ICE chief if the government considered the consequences that could unfold when the policy was carried out and if Vitiello would avoid repeating similar "ill-considered" and "legally-questionable" tactics.

"It wasn't a family separation policy," ICE's Acting Director stressed. "It was an increased level of prosecution."

Still, Vitiello conceded, "we should've leaned forward more on explaining the whole process and being ready for the public outcry that occurred."