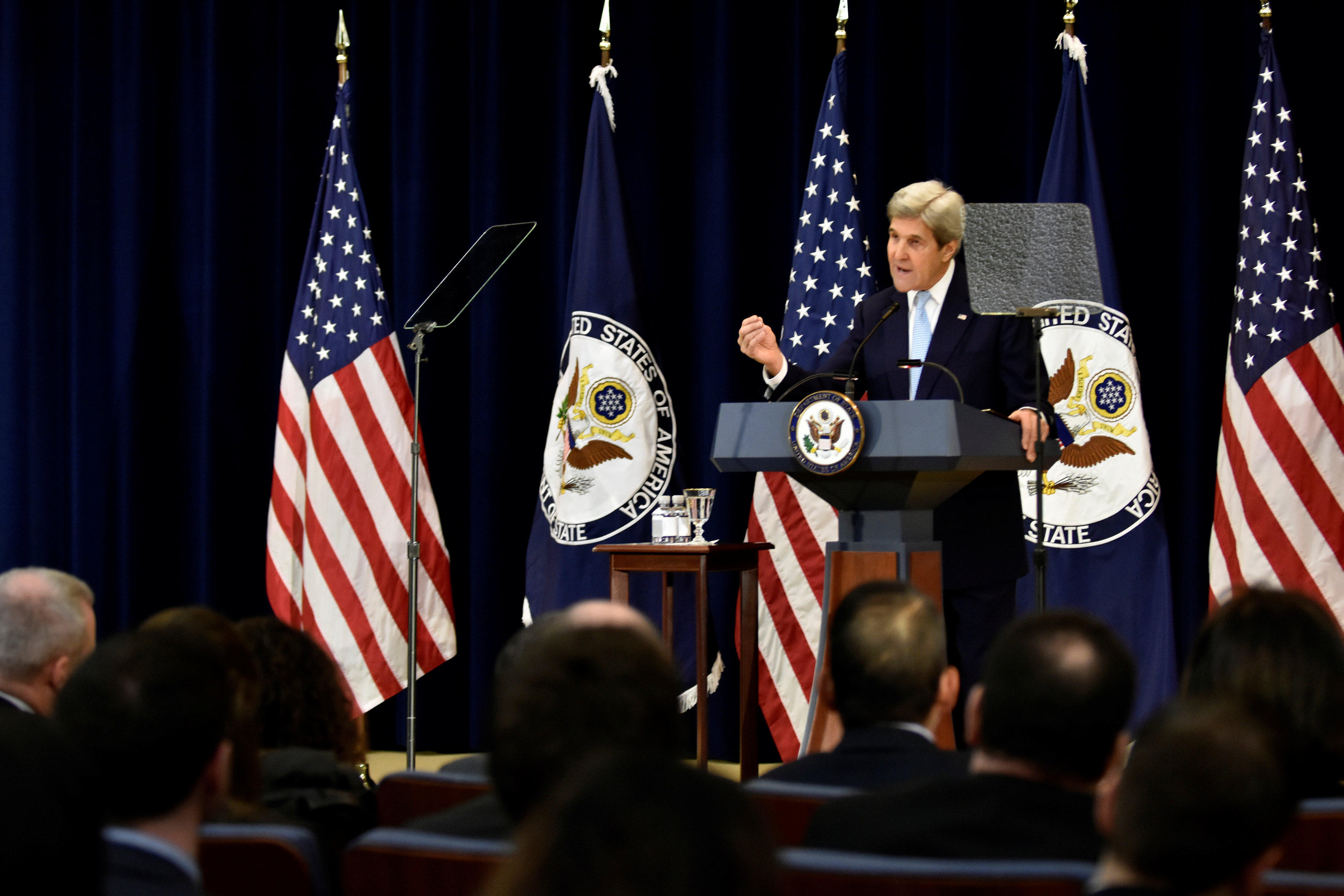 Congressional leaders from both sides of the aisle were critical of Kerry’s speech, saying it served no point or that it disadvantaged Israel in future negotiations.

In the speech, Kerry said the U.S. voted the way it did at the U.N. because the U.S. could not “allow a viable two-state solution to be destroyed before our eyes.”

He added that “virtually every country in the world” besides Israel opposes the settlements, including many countries counted among Israel’s friends. Close ties between two countries require “mutual respect,” and the ability to disagree on policies, he said.

“Regrettably some seem to believe that the U.S.’ friendship means the U.S. must accept any policy, regardless of our own interests … even after urging again and again that the policies change,” he said. “Friends need to tell each other the hard truths, and friendships require mutual respect.”

Incoming Senate Minority Leader Chuck Schumer (D-N.Y.), poised to be the top Democrat in Congress, said Kerry’s speech may have unintentionally given fuel to “extremists.”

“While he may not have intended it, I fear Secretary Kerry, in his speech and action at the UN, has emboldened extremists on both sides,” Schumer said in a statement.

Sen. Ben Cardin (D-Maryland), who is the Democrats’ top member on the Senate Foreign Relations Committee, said he agreed with Kerry that the “lack of forward progress on a two-state solution” is concerning, according to The New York Times, but also said he was looking to “explore congressional action that can mitigate the negative implications” of the U.N. vote.

In the House, Rep. Eliot Engel (D-N.Y.), the ranking Democrat on the House Foreign Affairs Committee, said it was “wrong” and that it “pained” him to watch Kerry’s speech.

“There doesn’t seem any purpose to this other than to embarrass Israel,” he said.

And before Kerry even delivered his speech, Democratic House Whip Steny Hoyer urged him not to -- saying the U.N. vote meant that “Israel’s enemies were strengthened.” The plan Kerry was expected to put forth would “inevitably disadvantage Israel in any negotiation,” Hoyer said.

Republicans, too, were critical of the speech -- some of them blisteringly so.

“Secretary Kerry’s speech today was at best a pointless tirade in the waning days of an outgoing administration,” McCain said. “At worst, it was another dangerous outburst that will further Israel’s diplomatic isolation and embolden its enemies.”