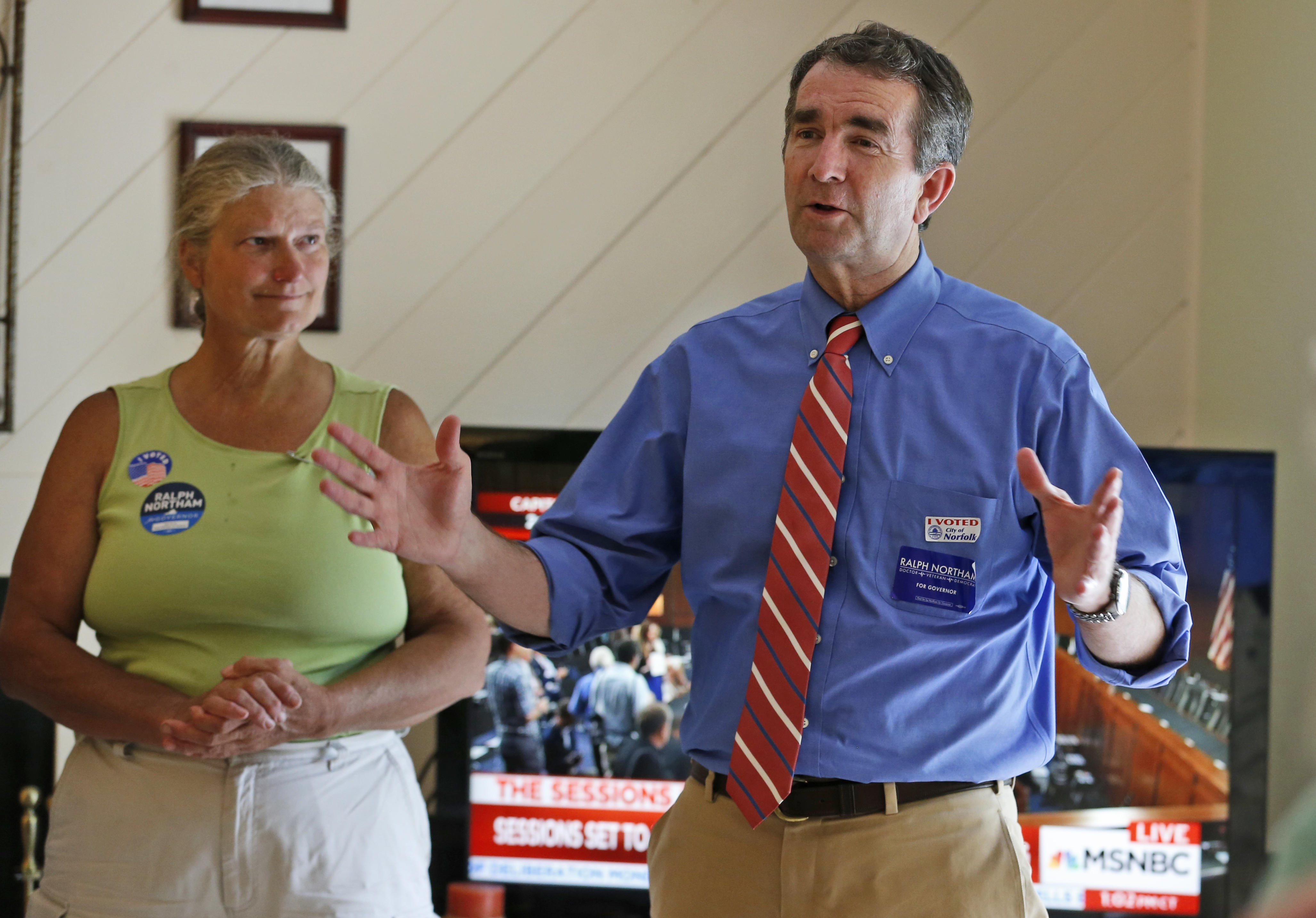 Democrat Ralph Northam has defeated Republican Ed Gillespie in the race to become the next governor of Virginia.

Northam, the state's lieutenant governor, had consistently lead Gillespie in the polls, albeit by narrow margins in recent weeks. The tightening polls had worried Democrats, who were still reeling from President Trump's 2016 upset victory and a string of special election defeats.

However, Northam defeated Gillespie on Tuesday in an election that Democrats hope will be a harbinger of the 2018 midterms.

Gillespie, a former adviser to President George W. Bush, ran as a Trump-style culture warrior who would keep Virginia's confederate monuments and prevent the emergence of sanctuary cities in the state. Still, he kept President Trump at a distance and did not campaign with him in Virginia.

In a Tuesday evening tweet, Mr. Trump blamed Gillespie for the defeat.

Mr. Trump, however, had tweeted numerous times about his confidence in Gillespie in recent weeks. Gillespie also was praised by former White House chief strategist Steve Bannon as someone "embracing Trump's agenda." However, on Tuesday night, Bannon's right-wing news outlet, Breitbart, was slamming Gillespie as a "swamp thing" and avatar of the Republican establishment.

Democrats also chalked up numerous down-ballot victories in Virginia and appeared to be on the verge of flipping the state's House of Delegates. Tuesday night also saw the first transgender woman elected to the state legislature, Democrat Danica Roem, who defeated one of the most socially conservative Republicans in the Virginia statehouse, while Democrats also won the races for lieutenant governor and attorney general.

It was a bruising night for Republicans that underscored their weakness in the state's suburbs and other places where they were once competitive. And it could very well foreshadow major GOP losses in next year's midterm elections, where Democrats have an increasingly good chance of winning the House of Representatives and perhaps even the Senate.

Republicans had hoped that Gillespie's strategy would provide a road map for how to win during Mr. Trump's presidency. Democrats, meanwhile, fretted that Northam's stumbling campaign would doom him in one of the few battleground states to go for Hillary Clinton in 2016.

In the end, however, the fears were misplaced, and the race was not as close as many had predicted it would be. And Northam's triumph in this bellwether election is likely to now give his ailing party a shot in the arm.