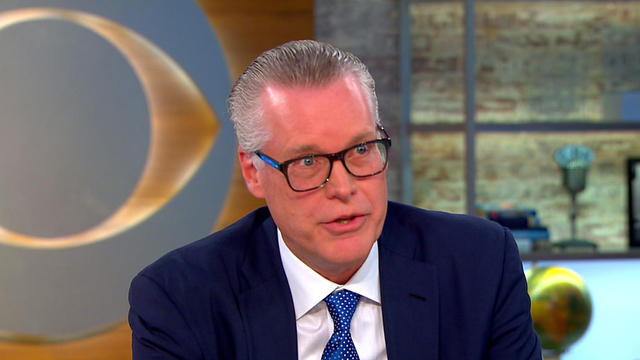 Delta CEO Ed Bastian announced on "CBS This Morning" Wednesday that his company will offer a free in-flight messaging service starting this weekend. It allows passengers to use iMessage, WhatsApp and Facebook Messenger on Wi-Fi-enabled planes without paying for in-flight internet.

"Starting this weekend, any flight you're on, on Delta, anywhere in the world you'll have the ability to text for free," Bastian said. "We want our customers while they're flying to stay connected to their homes, to their friends."

Airlines are focusing on what they can do to make flying easier as air travel becomes increasingly difficult for passengers. One consumer survey says Delta Air Lines is ranked second in the United States among traditional carriers. The Atlanta-based airline flies to 334 destinations in 62 countries.

Asked if that means cell phone use will be allowed, too, he said "Never. Never in my lifetime."

Despite the free messaging, Bastian says strong, inexpensive Wi-Fi continues to be a problem.

"People want Wi-Fi. The problem we have is the bandwidth still isn't strong enough – the satellite bandwidth," he said. "Today, we still have to charge too much because the quality is not there yet. But we'll eventually get to a point where there's free service in the air and you'll have ubiquitous service and capacity in the cabin."

Bastian, who joined Delta in 1998 and took over as chief executive officer in May last year, addressed the growing humanitarian crisis in Puerto Rico as fuel, food, and water remain hard to come by in the wake of Hurricane Maria.

"The problem right now is the infrastructure in terms of getting in. It was only a couple days ago before we were even allowed to fly on the island," he said. "We're still restricted. I think today we're gonna try to get three flights in but that's the maximum. We would take everything we could fly. We'd fly 747s if we could."

Aside from getting supplies to the island, Puerto Ricans are lining up at airports desperately hoping to get on flights to the U.S. mainland. Bastian said they wish they could do more but with the "physical limitations," it's not possible right now.

"The other issue though is people need to get out and some people need to get in," he said. "The only people we're taking right now are humanitarian people. So customers are trying to find ways to get to the island – unfortunately it's not possible."

Airlines have been criticized for shrinking legroom, poor customer service and costly baggage fees. Bastian said Delta has no plans to change legroom on its planes.

"We are not changing legroom. We haven't changed it in years. What we're doing is we're getting bigger planes and better planes," he said. "In fact, the newest seats we're bringing in which is the C series, our smaller domestic planes, actually have a larger seat size."

Bastian, who opts for the back of the plane so he can see how the "product" is, said the company is planning to retire its 747 planes, also known as "jumbo jets" by the end of this year.

"It's a plane that's too expensive to fly, it's got four engines, it's old technology. It was a great airplane," he said. As for where the massive jets end up?

"That plane goes to the desert and it gets chopped up."