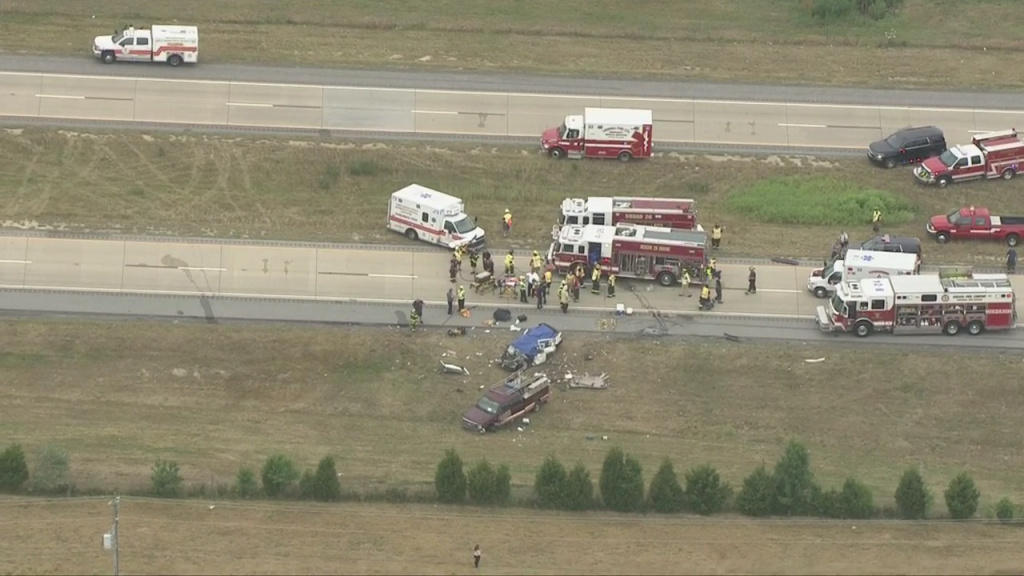 TOWNSEND, Del. -- Five members of a New Jersey family, including four children, were killed Friday in a crash on a Delaware highway, according to state police. All the kids and one of the adults were pronounced dead at the scene, while the other adult was transported to a local hospital after suffering serious but non-life threatening injuries, CBS Philadelphia reports.

State Police M. Cpl. Melissa Jaffe said police didn't immediately know the ages of the children or what part of New Jersey the family is from. The crash occurred around 3:45 p.m. on Route 1, the state's major north-south artery, near Townsend.

"It's certainly heartbreaking," Jaffe said. "I feel so bad for this family. I cannot imagine what they're going through."

Photographs from the scene showed a blue tarp covering a white passenger vehicle with massive front-end-damage. The vehicle's roof appeared to have been cut off by rescue workers and was lying upside down on the ground nearby. A few feet away was a maroon extended-cab pickup truck, which appeared to be a commercial vehicle, with its passenger side caved in.

Dozens of emergency personnel responded to the scene as authorities worked to clear debris, The News Journal of Wilmington reported . Charles "C.R." McLeod, a spokesman for the Delaware Department of Transportation, said Route 1 was closed in both directions for 17 miles for hours after the crash.

The names of those killed in the crash were not immediately released because next of kin had not been notified. The Delaware State Police Collison Reconstruction Unit is investigating.