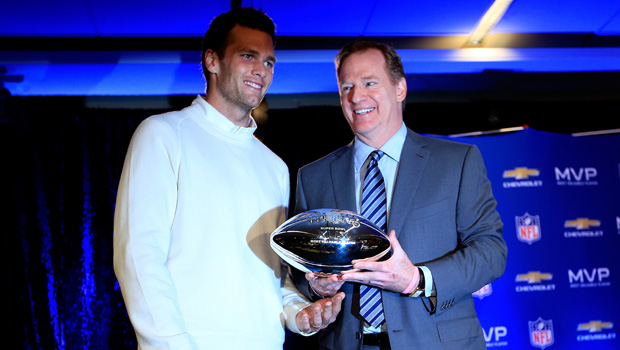 The NFL Players Association filed the expected appeal about an hour before a 5 p.m. deadline on Thursday, asking for a neutral arbitrator to hear the case. NFL spokesman Greg Aiello confirmed about six hours later that the commissioner had rejected the request.

"Commissioner Goodell will hear the appeal of Tom Brady's suspension in accordance with the process agreed upon with the NFL Players Association in the 2011 collective bargaining agreement," he said.

While CBA gives Goodell control of the arbitrator, the players union said in a news release that "given the NFL's history of inconsistency and arbitrary decisions in disciplinary matters, it is only fair that a neutral arbitrator hear this appeal."

If the league and its investigators are truly confident in its case, the union said, "they should be confident enough to present their case before someone who is truly independent."

The union did not detail the basis for the appeal. But in a 20,000-word rebuttal posted online by the Patriots' lawyers earlier Thursday, the team disputed the conclusions on matters of science, logic and law.

Attorney Daniel Goldberg's response claims the league's conclusions are "at best, incomplete, incorrect and lack context," claiming as one example that the "deflator" nickname used by a ballboy and cited in the discipline was about weight loss, not footballs.

Goldberg represented the team and was present during all of interviews of team personnel. Patriots spokesman Stacey James confirmed that the site was genuine and "approved/supported by the team."

Brady's appeal only deals with the suspension and must be heard within 10 days. The team has not said if it will appeal its penalties, which include a first-round draft pick next year and a fourth-rounder in 2017, before a May 21 deadline.

League-appointed investigator Ted Wells found that Brady was "at least generally aware" of plans by two team employees to prepare the balls to his liking, below the league-mandated minimum of 12.5 pounds per square inch.

But the team's rebuttal presented its own science that would explain the loss of pressure in a more innocuous way.

"The most fundamental issue in this matter is: DOES SCIENCE EXPLAIN THE LOSS OF PSI IN THE PATRIOTS FOOTBALLS?" Goldberg wrote before concluding, also in all capital letters, that it does.

The rebuttal also alludes to other incidents of ball-tampering that were not dealt with as harshly. And it says increased communication between Brady and the ballboys after the scandal broke were just normal expressions of concern, rather than evidence of the quarterback's guilt.