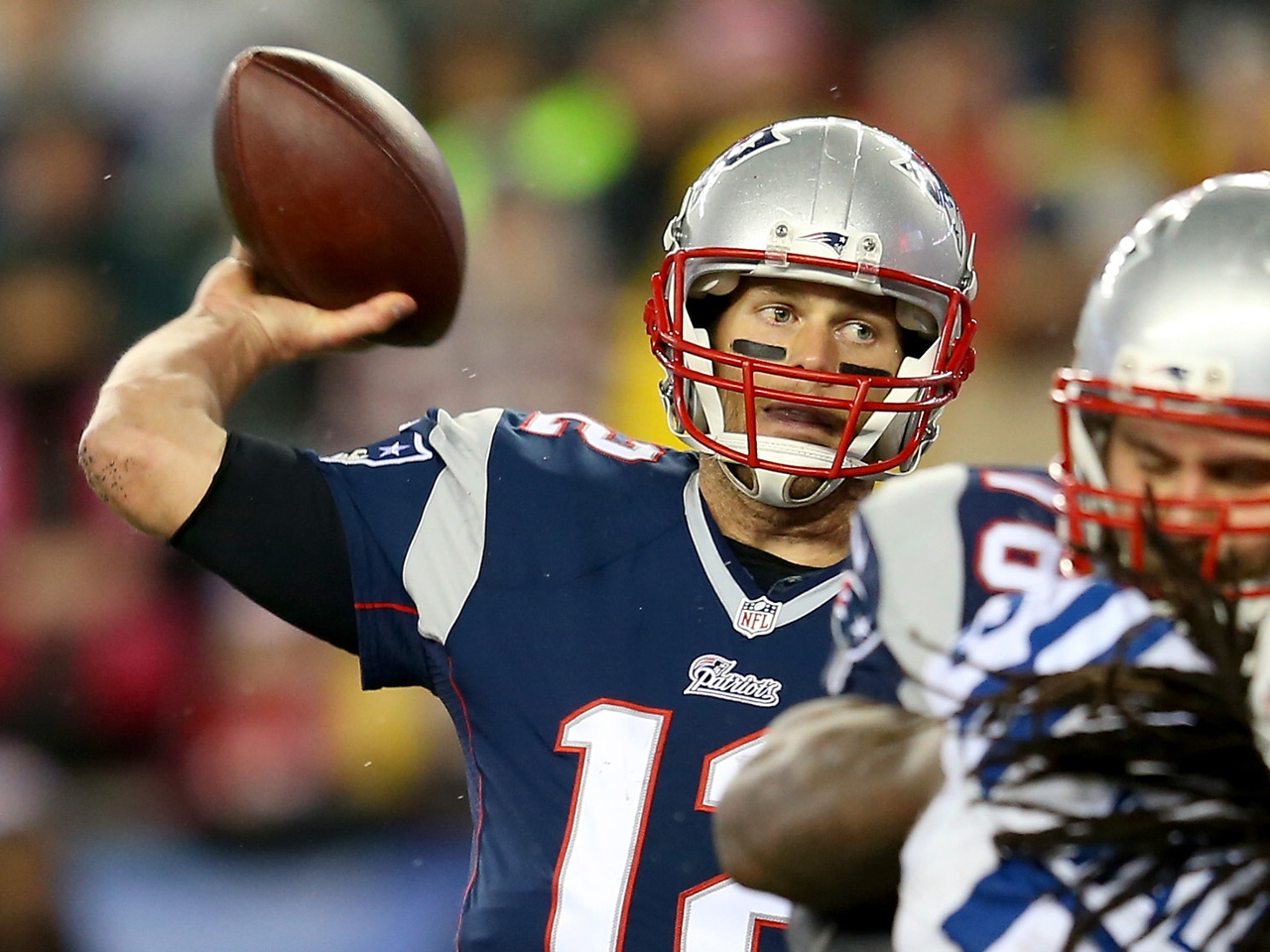 The NFL announced Monday that it was suspending New England Patriots quarterback Tom Brady for his role in a scheme to deflate footballs used in last season's AFC championship game, a controversy that came to be known as "Deflategate."

In a statement released Monday afternoon, the league said the Super Bowl MVP "will be suspended without pay for the first four games of the 2015 regular season for conduct detrimental to the integrity of the NFL."

The league also fined the Patriots $1 million and took away two draft picks, including next year's first-round choice, "for the violation of the playing rules and the failure to cooperate in the subsequent investigation."

In addition, the NFL indefinitely suspended the two Patriots equipment staffers who carried out the plan, including one who called himself "The Deflator."

The punishment was imposed five days after a 243-page report prepared by league-appointed investigator Ted Wells said Brady "was at least generally aware" of plans by the team employees to prepare the balls to his liking, below the league-mandated minimum of 12.5 pounds per square inch.

"We reached these decisions after extensive discussion with [NFL Executive President] Troy Vincent and many others," Commissioner Goodell said. "We relied on the critical importance of protecting the integrity of the game and the thoroughness and independence of the Wells report."

The NFL allows each team to provide the footballs used by its offense -- a procedure Brady played a role in creating -- but it requires them to be inflated in that range of 12.5-13.5 pounds per square inch. Footballs with less pressure can be easier to grip and catch, and Brady has expressed a preference for the lower end of the range.

Although the report did not conclusively link the four-time Super Bowl champion to the illegal activity, text messages between the equipment staffers indicated that Brady knew it was going on. Investigators said Brady's explanation for the messages was implausible.

"It is unlikely that an equipment assistant and a locker room attendant would deflate game balls without Brady's knowledge and approval," the report said.

Brady has issued only general statements in his defense but his agent, Don Yee, said Thursday the report omitted key facts and was "a significant and terrible disappointment."

Brady said last week that the scandal hasn't taken away from the team's 28-24 Super Bowl win over Seattle, its fourth NFL title since the 2001 season.

"Absolutely not," he said at a previously planned appearance in Salem, Massachusetts, last Thursday night. "We earned everything we got and achieved as a team, and I am proud of that and so are our fans."

It's the second time in eight years the Patriots have been punished for violating league rules. In 2007, the team was fined $500,000 and docked a first-round draft pick, and coach Bill Belichick was fined $250,000 for videotaping opposing coaches as a way to decipher their play signals.

Monday's fine matches the largest the NFL has handed out, to Ed DeBartolo Jr., then the San Francisco 49ers' owner, who pleaded guilty to a felony in his role in a Louisiana gambling scandal in 1999.

Brady will miss the season's showcase kickoff game on Sept. 10 against Pittsburgh, then Week 2 at Buffalo, a home game against Jacksonville and a game at Dallas. He will return the week the Patriots face the Colts in Indianapolis.

Despite the suspension, Brady will still be allowed to take part in off-season and pre-season practices, training camps, and games, according to the league.