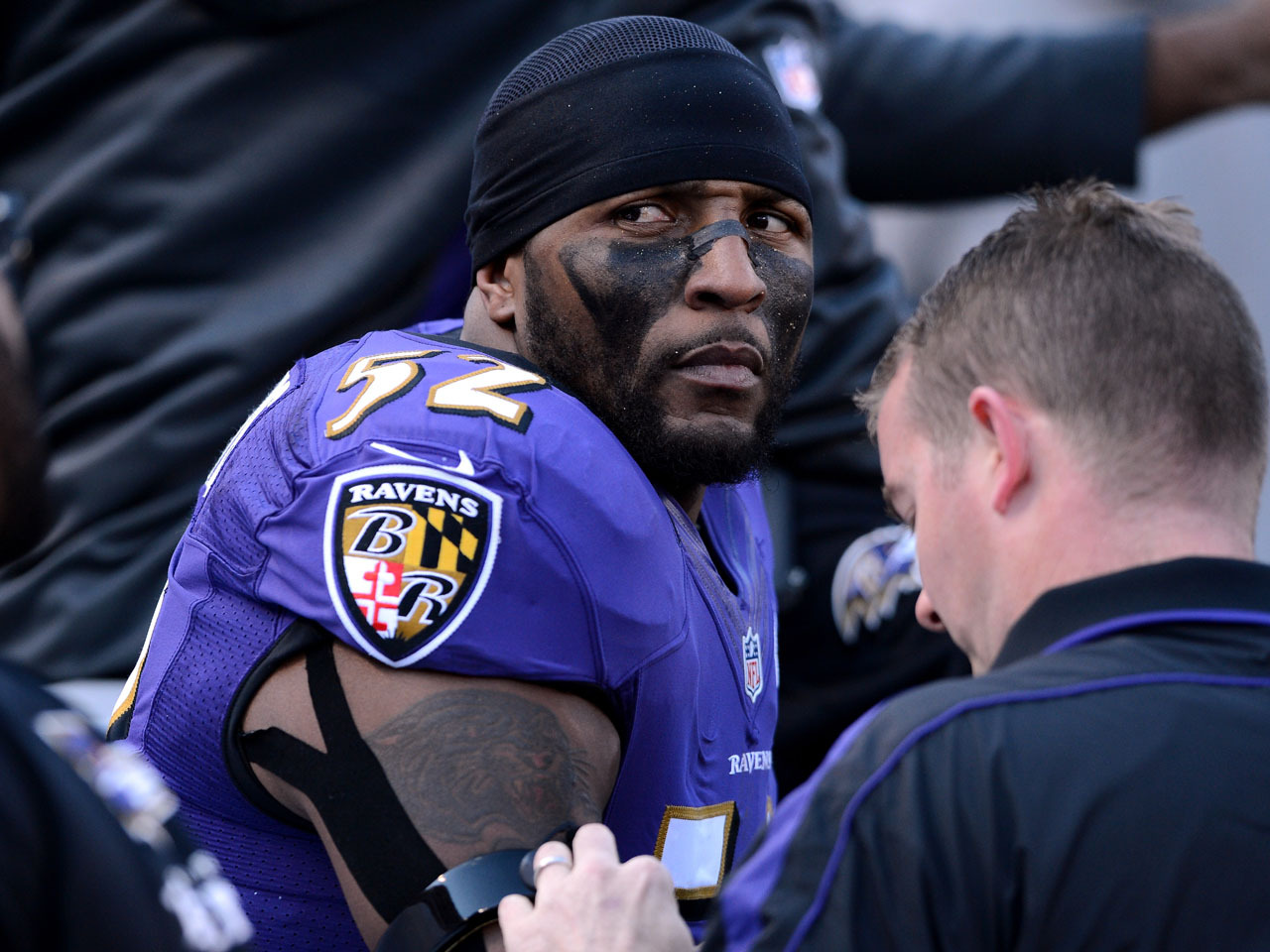 Deer-antler spray has been thrust into the Super Bowl spotlight with a new report alleging 37-year-old Baltimore Ravens star Ray Lewis ordered the spray along with deer-antler pills and other products from a company with ties to performance-enhancing drugs.

A Tuesday Sports Illustrated report states that Lewis sought help from the company Sports With Alternatives To Steroids (SWATS) in October after the star linebacker tore his right triceps.

SWATS owner Mitch Ross recorded a call with Lewis hours after the player hurt his arm in an October game against Dallas, the magazine reported. According to the report, Lewis asked Ross to send him deer-antler spray and pills, along with other products made by the company. Several athletes reached by the magazine also said they used the product.

Deer-antler spray and pills contain a hormone called IGF-1 that is thought to help muscle recovery. The company said the hormone is harvested from deer in New Zealand.

"Their antlers are the fastest-growing substance on planet Earth . . . because of the high concentration of IGF-1. We've been able to freeze dry that out, extract it, put it in a sublingual spray that you shake for 20 seconds and then spray three [times] under your tongue. . . . This stuff has been around for almost 1,000 years, this is stuff from the Chinese," SWATS co-founder Christopher Key told SI.

SWATS calls their product natural, like a food, but the substance is banned by the NCAA and every major pro league, SI reports.

Just what exactly is IGF-1?

Dr. Spyros Mezitis, an endocrinologist at Lenox Hill Hospital in New York City, explained to CBSNews.com that IGF-1 is an insulin-like growth factor, a hormone that naturally occurs in the body and circulates in the blood. A person's endocrine system contains a pituitary gland that produces a chemical called growth hormone that helps children grow into adults by making their bones stronger and helping their bodies mature. The brain's growth hormone then stimulates the liver to produce IGF-1, which then binds to receptors in muscle cells, signalling them to multiply and grow.

In normal ranges, IGF-1 in the body aids growth and boosts muscle strength, he said. The hormone also increases metabolism of carbohydrates, bringing more sugars to the cells that also help muscle growth.

Some people with medical conditions in which they have low growth hormone, such as dwarfism, can be treated with injections of IGF-1, according to Mezitis.

However, "We do not prescribe [IGF-1 ] on a basis for muscle building," Mezitis, who does not treat athletes, said. He added that he was aware of a spray, but notes it is not as potent as the injection. If IGF-1 is abused, he said, people may experience more muscle strength and issues with aggressiveness.

Athletes who take growth hormone in the form of HGH -- another substance banned by the league, but not currently measured in NFL drug tests -- may also experience more muscle growth.

IGF-1 is "just like giving someone human growth hormone," Don Catlin, the former head of UCLA's Olympic Analytical Lab, told The New York Times. "It goes to the same kinds of receptors and turns them on."

However, as SI reports, the spray may not even be effective in humans.

Dr. Roberto Salvatori, who studies growth hormone at Johns Hopkins University, told the Baltimore Sun that there's no evidence of a successful way to deliver IGF-1 in pill or spray form.

"If there were, a lot of people would be happy that they don't need to get shots anymore," he told the paper."

Lewis deflected questions on his use of the banned supplement at Super Bowl media day.

"That was a 2-year-old story that you want me to refresh ... so I won't even speak about it," Lewis said Tuesday, referencing a 2011 Yahoo! Sports story that former Ravens quarterbacks coach Hue Jackson was ordered by the NFL to sever ties with SWATS because the company promoted performing-enhancing products. Jackson reportedly had introduced Lewis to Ross. "Because I've been in this business 17 years, and nobody has ever got up with me every morning and trained with me. Every test I've ever took in the NFL -- there's never been a question of if I ever even thought about using anything. So to even entertain stupidity like that..." he said.

The team also downplayed the report.

"The team knew about this report. Ray denies taking anything and has always passed tests," added Ravens spokesman Kevin Byrne.

"He laughed about it," Baltimore Ravens head coach John Harbaugh said Wednesday, referring to Lewis. "He told me there's nothing to it. He's told us in the past and now that he has never taken any of it."