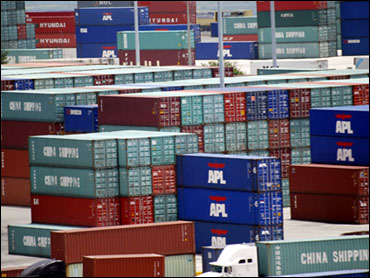 WASHINGTON - U.S. exports to Europe rose at a healthy clip in December, a sign that the critical U.S. trading partner continues to buy American goods despite its weakened economy.

The overall trade gap widened because imports grew at a faster pace than exports. Still, the rebound in exports to Europe should calm some fears that the debt crisis will slow demand for U.S. goods.

For 2011, the deficit climbed to $588 billion, the highest level since 2008. Both exports and imports rose to all-time highs.

In December, exports to Europe rose 7.2 percent. That follows November's decline of more than 6 percent, which stirred fears that Europe's debt crisis was beginning to weigh on the U.S. economy.

Europe consumes nearly one-fifth of America's exports. Some economists fear the continent may already be in a recession.

However, that forecast could prove too optimistic if the slowdown in Europe worsens, given that this region is a top market for U.S. exports.