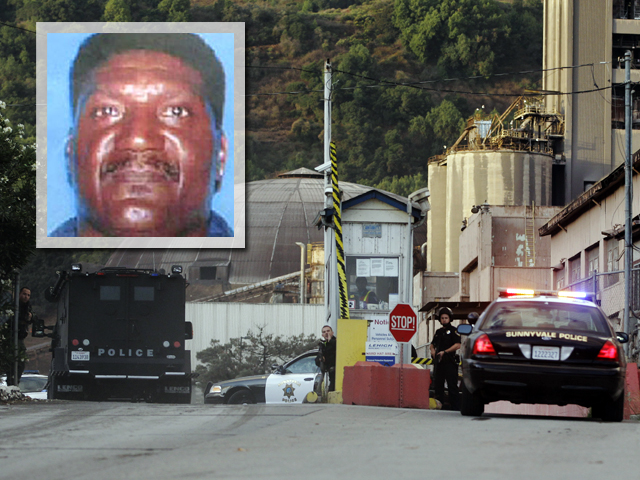 (CBS/KPIX/AP) CUPERTINO, Calif. - Authorities went door to door with guns drawn Wednesday in search of the disgruntled employee of a California limestone quarry who they say opened fire there, killing three and wounding six, before possibly wounding another woman in an attempted carjacking.

Police said originally two people had been killed in the shooting. A third victim died of injuries at the hospital, according to police.

Allman showed up for an early morning meeting, then left briefly before returning and allegedly opening fire on his fellow employees in the meeting, Santa Clara County sheriff's Lt. Rick Sung said.

Allman fled the work site and shortly before 7 a.m., he then allegedly attempted to take a woman's car at gunpoint in a Hewlett-Packard company parking lot. When she refused, he shot her once, according to Sung.

A Mercury sedan linked to Allman was later found at an Arco gas station, he said.

Sung said sheriff's deputies have since evacuated more than a dozen employees from the cement plant and were continuing to search for Allman, who was considered armed and dangerous and believed to still be in the Cupertino area.

He is described as a black man about 5 feet 10 inches tall and weighs 215 pounds, and was believed to be armed with a rifle and handgun, Sung said.