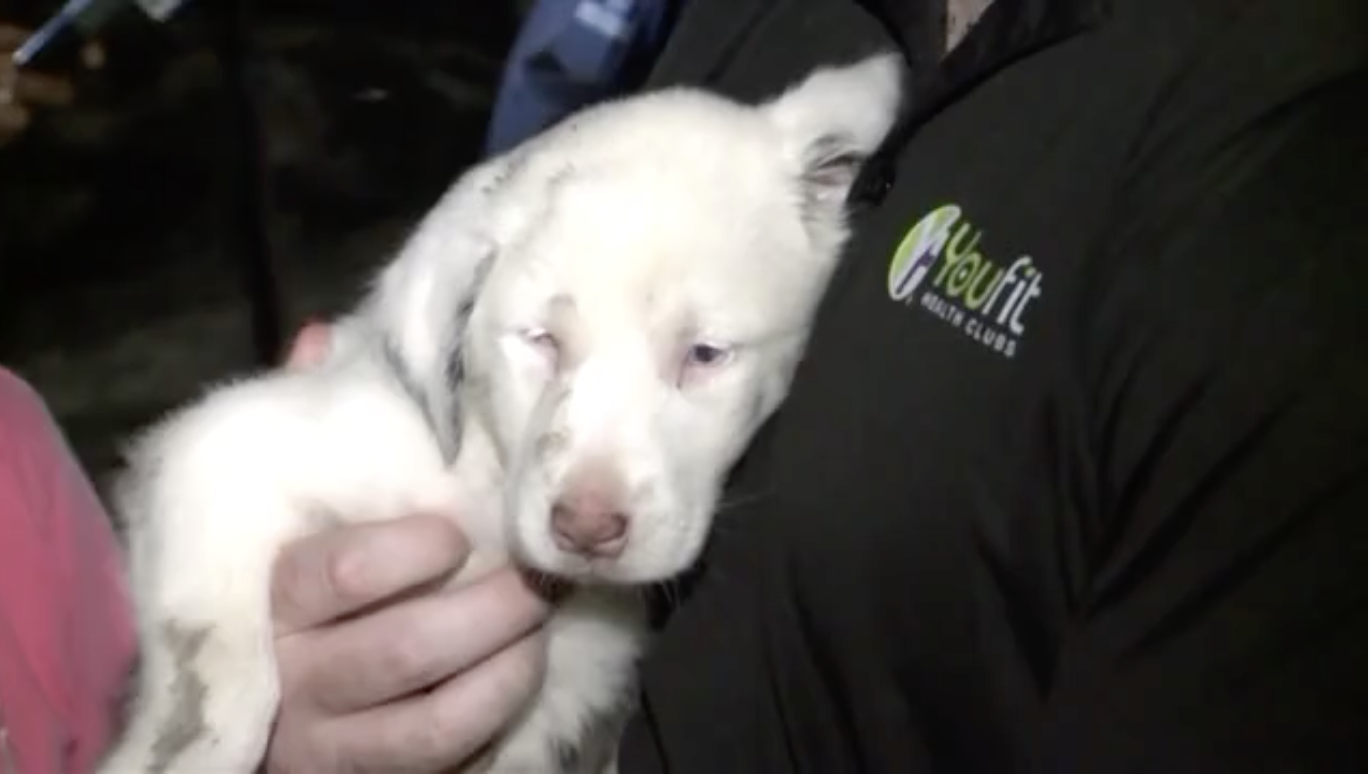 A deaf 7-week-old foster puppy named Toffee fell into a 50-foot hole in a Huntsville, Alabama, yard on Thursday. The incident happened around 5 p.m. and Toffee was stuck in the dark, deep hole for over 24 hours, CBS affiliate WHNT-TV reports.

Toffee's foster family reached hundreds of people with a call for help on Facebook. The Smith family posted on a local Facebook page for lost pets, and Toffee's story soon went viral.

For over 30 hours, Toffee lay stuck in the hole. Rescue crews used tarps, ropes, food and nets to try and lure the puppy out. Finally, around 12:30 a.m. on Saturday, volunteers from the Paint Rock Fire Department pulled Toffee out. They had seen the WHNT-TV report and volunteered their rescue services.

Chief Finis Johnson says he saw the story and called the WHNT-TV newsroom to ask how they could help.  The team used a snare to get the puppy out. "I'm an animal lover.  It's good to know we can come out to help folks," said Johnson.

"I still can't believe she's really out and she's right here and I'm holding her," Karen Smith, Toffee's foster owner, told the station. "This is a miracle."

Smith also said the family has plans to ensure this never happens again. "I do not want to put her down -- she's probably going to sleep with me tonight, I'm not going to lie. And we're going to cover that hole up," she told WHNT-TV.