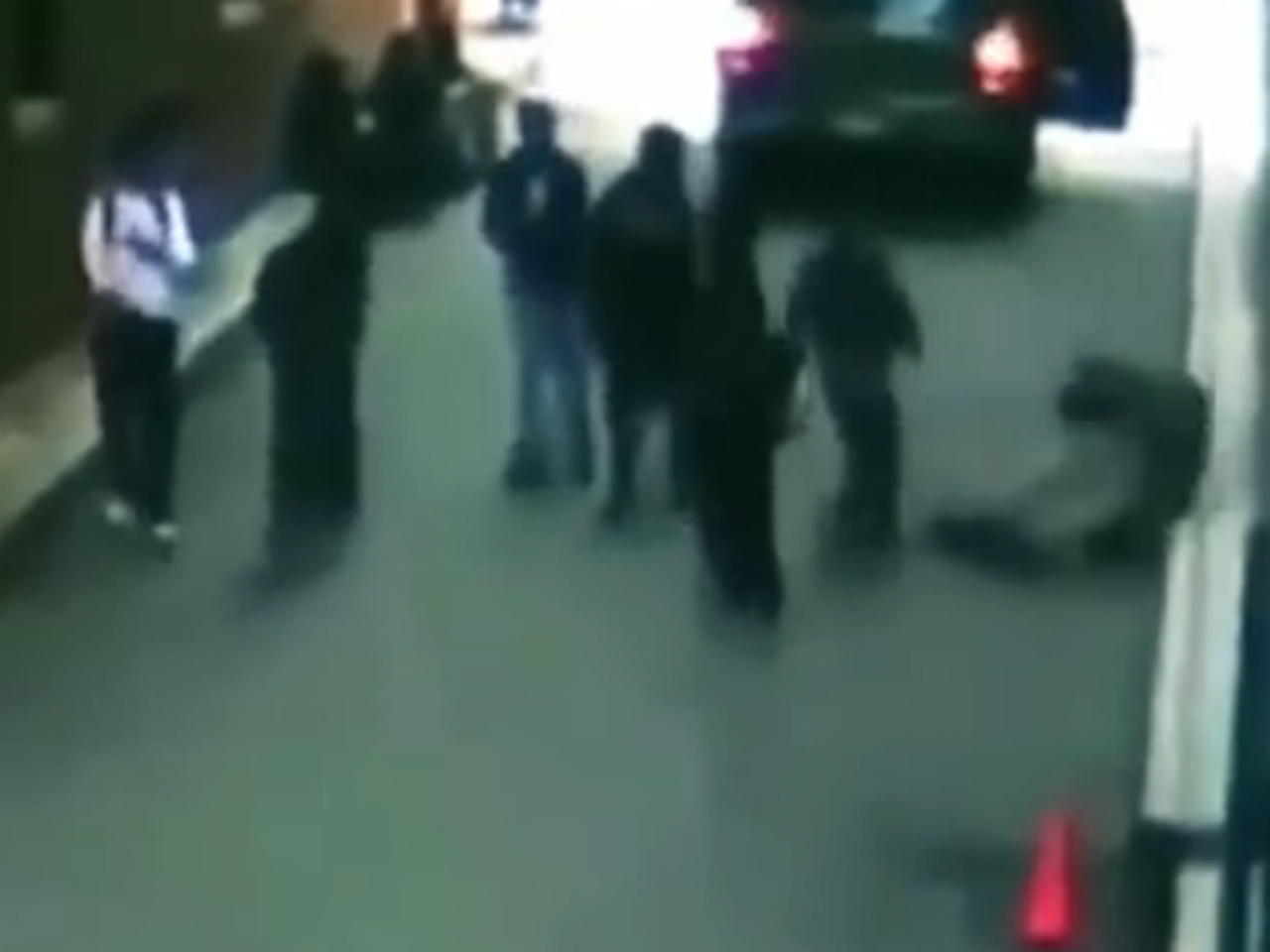 A violent stunt is growing in popularity among teenagers. The so-called "knockout game" involves assaulting people without warning, and it is claiming lives.

The victims of the brutal game are chosen at random. Defenseless and unsuspecting people are attacked by groups of teens who have one goal in mind: to knock the victim out with one punch.

"One-hitter quitter," "knock em' and drop em," "point em' out and knock 'em out" are all names for a disturbing trend now drawing concern nationwide.

In Pittsburgh, a teacher was punched so hard he collapsed head first into the concrete curb. A man in Brooklyn was also knocked unconscious. And even women are being attacked.

There have been seven recent cases in New York City alone. And the game has turned fatal in at least four documented attacks -- in Syracuse, N.Y.; St. Louis; Chicago; and Hoboken, N.J., site of the latest fatal attack.

Boys -- seen in video from a security camera after the incident -- have been charged with the murder. They are just 13 and 14 years old.

Jeffrey Butts, who specializes in youth criminal justice at John Jay College, said, "We know from brain studies that the part of your brain that gets fired up through excitement and thrill-seeking actually develops more quickly and fires up more quickly than the other part of your brain, which comes along a few years later and is about judgment and discretion."

He says there's no real pattern to the way the attackers choose their victims, but they are always alone, and they stand out.

Butts said, "Teenagers get involved in this game to prove their manhood and, ironically, what they ultimately end up doing is proving that they're still children."

It's hard to tell how widespread this issue is, special correspondent John Miller said on "CBS This Morning." "If you look for it in the statistics, there's no cutout for the knockout game in the numbers; they're categorized as assaults, so you can't search backwards for them effectively.

Miller continued, "And there's another problem, (New York) Police Commissioner Ray Kelly here said yesterday, 'We're going to be talking to the Health Department to see if there may be more cases than we're aware of.' One of the first things you forget when you're knocked out cold is what it was that knocked you out. If you're in a fight for five minutes, you might remember: 'I was in a fight, and then I woke up on the ground.'

"But if you're just walking down the street and the next thing you know, you're on the sidewalk and you don't know how you got there, there could be cases that [police are] not aware of. When I talked to chiefs around the country yesterday, this was just below their radar, it's just coming up in a few cities."

How Elmo helps kids cope during the pandemic

Army staffing field hospitals while trying to stay ready for war
Thanks for reading CBS NEWS.
Create your free account or log in
for more features.
View CBS News In
CBS News App Open
Chrome Safari Continue
Be the first to know
Get browser notifications for breaking news, live events, and exclusive reporting.