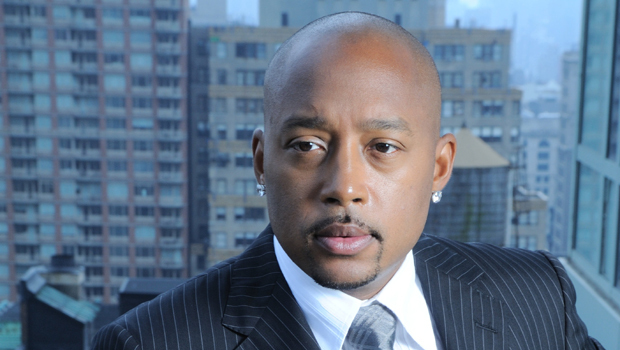 (MoneyWatch) Celebrated entrepreneur Daymond John knows how to use his money to make more money: He mortgaged the home he shared with his mother to seed his FUBU clothing brand, turning a street-corner business into a fashion powerhouse with annual sales of more than $350 million. But John also knows that no matter how much money he makes, he can't make more time.

John, who's also known to millions as one of the mogul investors on TV's "Shark Tank," quickly turns down otherwise promising, attractive investments and projects when he feels they won't make the best use of his time or expertise. His disciplined approach -- and the school of hard knocks lessons he's learned -- serve as valuable real-world examples for new entrepreneurs, and even some with a few miles behind them.

Recently I had a conversation with John about his views on using and investing his time, along with about how he maintains that discipline now that he is involved in a variety of businesses and other pursuits.

The time return of self-employment can be hard to measure

Before hitting it big in business, John owned a commuter van, which he drove 16 or more hours per day. "Every night I'd come home with around 300 bucks, thinking I was doing pretty well," John said. "But one day I did the math on what running the van was really costing me, and I realized I was working like a dog for about $50 a day." John later waited tables at Red Lobster, and -- though it may seem surprising -- found it to be a comparatively more satisfying use of his time. "Working at the restaurant, I made maybe a hundred dollars a day, but I knew exactly what I got paid for my time and went home stress-free," he said.

The lesson: The return on time invested can be misleading; you must understand what your time is really producing, just as you look at a financial statement to see what your dollars are generating.

After starting FUBU, like all successful entrepreneurs, John lived and breathed his business 24/7. But it took a toll on his personal life. "By my early thirties I'd already paid a heavy price in terms of my family situation," John said, "and I really had to take a hard look at all the ways I was spending my time."

Though he was all-in by any measure, John realized there were chunks of time that weren't productive. As an example, he pointed out that he was wasting an hour and a half every day sitting in Manhattan traffic, so he moved closer to his office and reclaimed the better part of a full working day every week.

The lesson: Being "too busy" can often be a self-fulfilling prophecy, and most people can find or make the time they need to do the things that are important to them. Make sure you aren't making sacrifices you don't necessarily have to make.

As FUBU became wildly successful -- growing as large as some of the top established designer brands -- John learned that the fruits of his labor brought new time challenges. With wealth came the acquisition of stuff, and that stuff often made unexpected demands on his time. "I bought multiple homes," he said, "but it turned out that I spent more time managing them than enjoying them."

The lesson: Success buys many things, including more freedom to decide how you spend your time. But it's still your time, and it should still generate a return for you. The return might be financial, or it might be enjoying what you've earned; either way, make sure your time is giving you what you want and expect.

Today, John segments the allocation of his time and money into three general categories. The easiest investments are completely hands-off: As John says, "The stock market doesn't require any of my time, so if I'm considering that kind of investing, it's only a financial decision."

Next come equity investments like those pitched on Shark Tank. John often says on the show that he's not interested in being an employee, or being courted for his hard-won Rolodex. As he told me, "If my time is part of the deal, I will only consider it if my specific experience and expertise will very clearly add business value."

John added that there are many businesses and industries he'd love to be in for their financial potential, but "if it's not something I know about, I'm usually not going to get involved."

Finally, there are his own companies, where John remains every bit the entrepreneur. He makes it clear that his time commitments are inevitably and directly related to the level of financial investment, risk, and accountability: "Anything I own 100% of will always come first, and will always get whatever time is needed, no question."

How to secure your phone before you sell it
Michael Hess