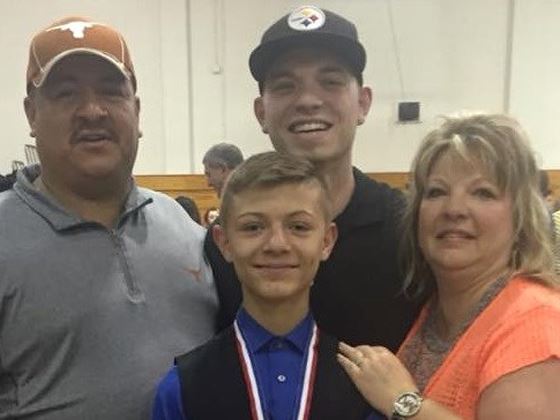 A trip to the beach over Father's Day weekend left a Texas man fighting an infection from flesh-eating bacteria.

Adrian Ruiz's family said they were visiting a beach in Port Aransas, on the Gulf of Mexico, when he picked up the "very aggressive" bacteria called vibrio, according to a crowd-funding page set up on YouCaring.com.

"Within a few hours after being in the water he was sick and is now battling this horrible bacteria which has caused a nasty, huge open sore wound on his right leg," his family writes on the page.

Vibrio bacteria live naturally in certain coastal waters and are present in higher concentrations between May and October when water temperatures are warmer, according to the Centers for Disease Control and Prevention.

It can lead to an illness in humans called vibriosis. When ingested, the bacteria can cause symptoms including abdominal cramping, nausea, vomiting, fever, and chills. As in Ruiz's case, vibrio can also cause a skin infection when an open wound is exposed to brackish or salt water.

The CDC estimates that vibriosis causes 80,000 illnesses and about 100 deaths each year in the United States. People with compromised immune systems are at greatest risk for a vibrio infection.

Last week, another Texas man -- 50-year-old Brian Parrott -- had to have his leg amputated after contracting an unidentified flesh-eating bacteria, suspected to be vibrio, CBS affiliate KHOU reports. After spending at least two hours in the water at a Galveston beach with his family, Parrott began vomiting and noticed sores on his legs a couple days later.

According to the Texas State Health Department, there have been 27 reported cases of vibrio infection in the state in 2016. Approximately 41 percent of those cases involved water contact.

To prevent vibriosis, the CDC recommends the following:

If you develop a skin infection, contact your doctor, especially if your skin has come into contact with brackish or salt water, raw seafood, or raw seafood juices.