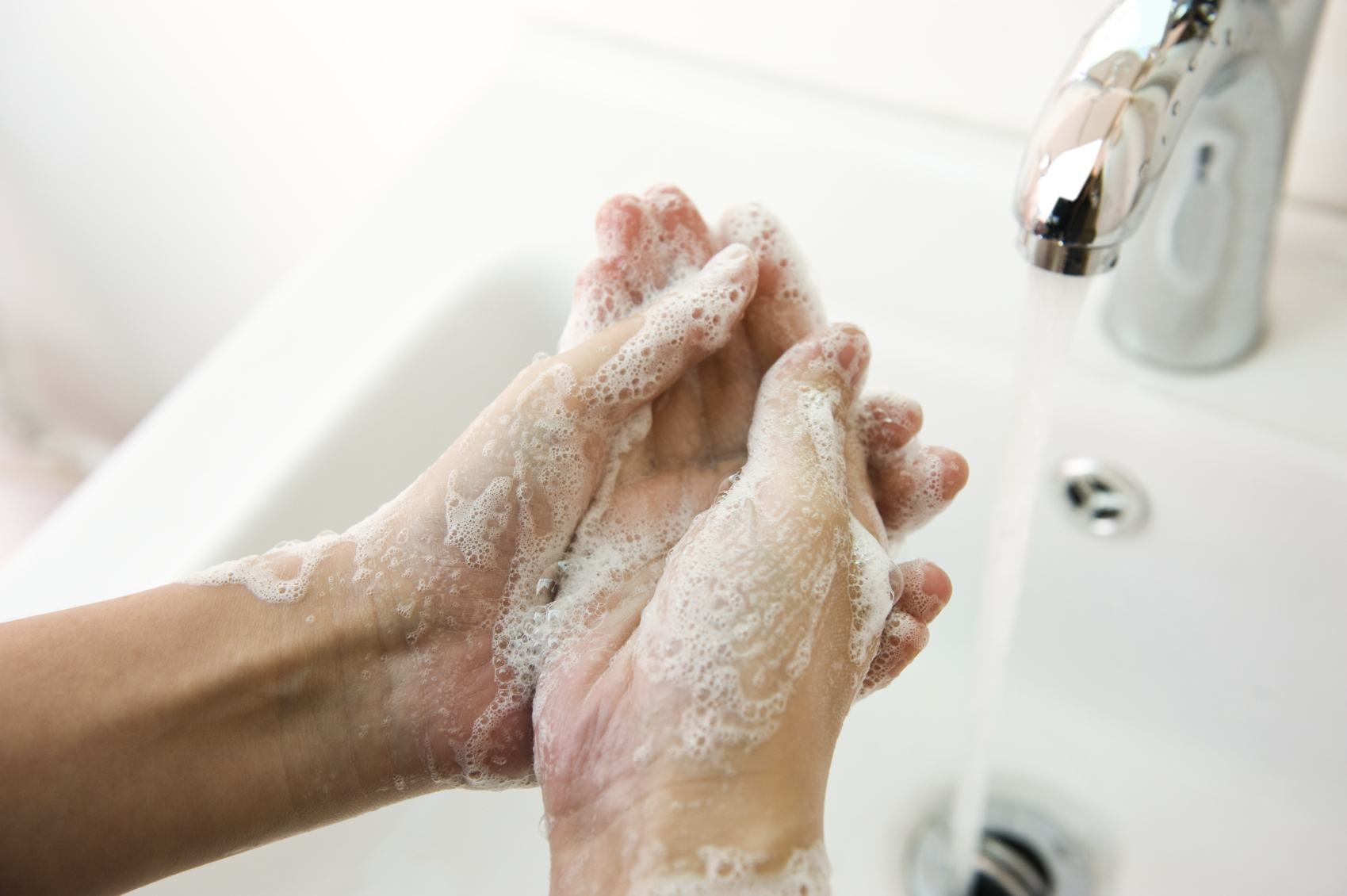 For years there have been two leading authorities on hand washing: the World Health Organization (WHO) and the U.S. Centers for Disease Control and Prevention (CDC). WHO promotes a six-step technique and CDC touts a three-step approach.

So which is better?

To find out, researchers watched 42 doctors and 78 nurses wash their hands after delivering patient care. Half of the group followed the WHO's method and the other half the CDC's. All participants used an alcohol-based hand rub. Then they were tested to see whose hands were cleaner.

And the winner: The WHO's six-step method for scrubbing every exposed surface of the hands hands was better at reducing bacteria. The study reports that the technique reduced median bacterial count from 3.28 CFU/mL (colony-forming units per milliliter) to 2.58 CFU/mL compared to the three-step method, which only reduced median bacterial count from 3.08 to 2.88 CFU/mL.

The researchers note that the six-step method requires 25 percent more time to complete (42.50 seconds compared to 35 seconds). That may be part of the reason why people are less likely to stick with it.

"One of the interesting incidental findings was that compliance with the six-step technique was lacking," Jacqui Reilly, PhD, lead author of the study and professor of infection prevention and control at Glasgow Caledonian University in Scotland, said in a press release. "Only 65 percent of providers completed the entire hand hygiene process despite participants having instructions on the technique in front of them and having their technique observed. This warrants further investigation for this particular technique and how compliance rates can be improved."

The research is published in Infection Control & Hospital Epidemiology, the journal of the Society for Healthcare Epidemiology of America.

"Hand hygiene is regarded as the most important intervention to reduce healthcare-associated infections, but there is limited evidence on which technique is most effective," Reilly said in a press release. "This study provides a foundation for effective best practices to implement on the frontlines of healthcare."

The problem is a big one: The CDC has estimated that one in 25 hospital patients in the United States catches an infection while hospitalized, highlight the need for continued efforts to improve infection control.

Below is a step-by-step guide for the WHO's hand-washing method.