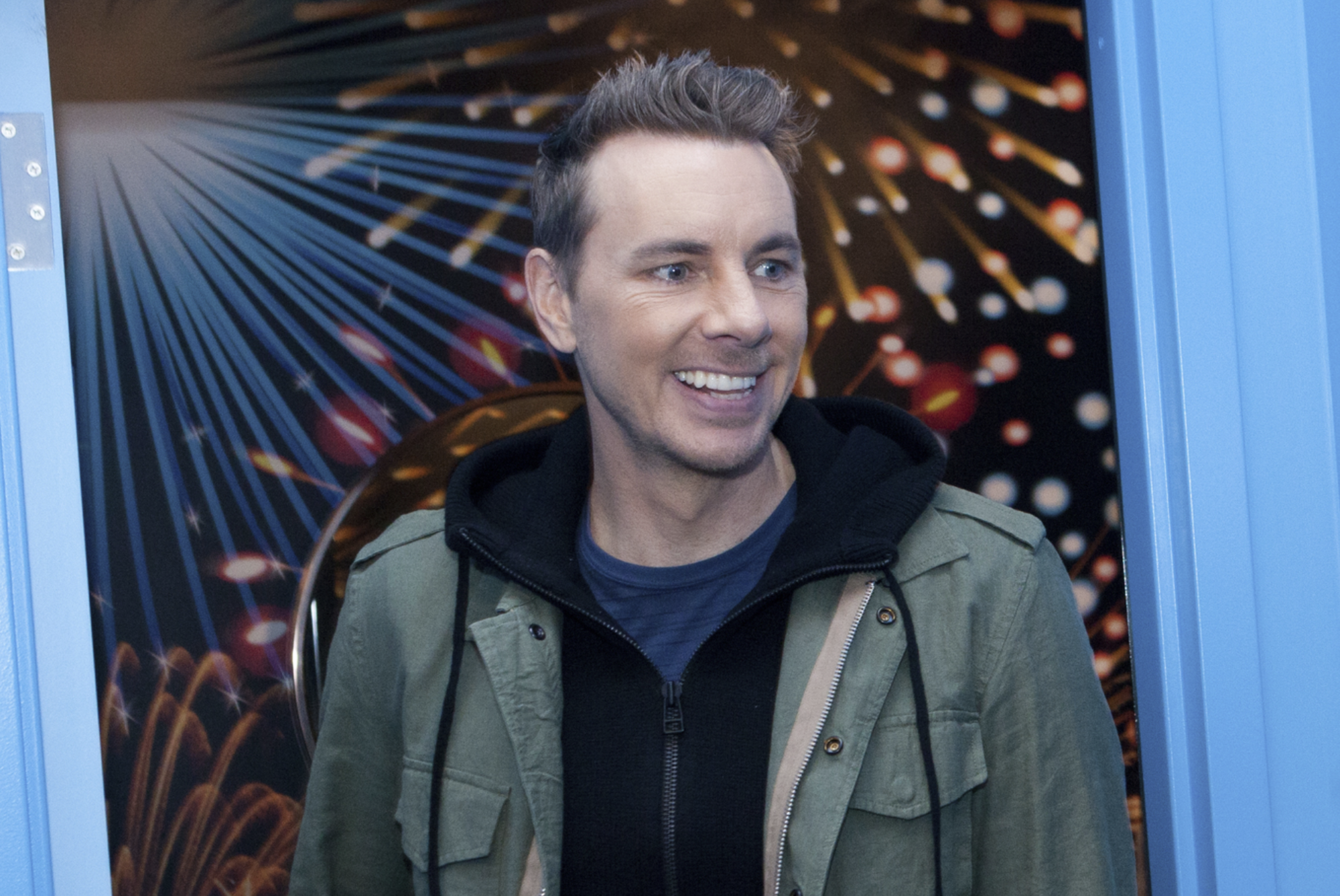 It has been two years since NBC's hit drama "Parenthood" ended, but it appears Dax Shepard still can't escape his character, Crosby, as he also attempts to find time to balance his career, family and two kids, all with a smile on his face.

Like his wife, Kristen Bell, the 42-year-old actor is always on the move.

After spending a year writing and co-directing an animated reboot of "Scooby-Doo," Shepard began filming the movie "El Camino Christmas," alongside Jessica Alba. The movie is set to be released on Netflix Friday, Dec. 8.

While taking a brief pause to promote the new film, Shepard stopped by Charmin Restrooms in Times Square, which include 14 unique bathrooms open to the public during the holiday season, to attend a "toilet paper cutting ceremony" as a spokesperson for the brand. The pubic restrooms will be open until Dec. 24.

"There will be 500,000 people that come to Manhattan to go shopping for Christmas, and all of those people will have to go at some point," Shepard said.

Here's what Shepard had to say about his upcoming Christmas film, parenthood (not the TV show) and his new partnership with Charmin.

First, I'd love to talk a little about your new partnership with Charmin, and the "Christmas gift" you're helping them bring to Manhattan.

Yeah, I partnered up with Charmin to bring quite a Christmas gift to Manhattan, which is 14 gloriously appointed restrooms, each one with a different theme. If you've ever tried to find a nice bathroom in Manhattan, it's impossible. It's quite a philanthropic endeavor.

How much time do you spend here in New York? I'm sure you're traveling all the time, bouncing back and forth.

Yeah, we come to New York a lot. And we bring the kids, and the restroom hunt is compounded when you have two little kids, cause little kids like to touch everything inside a bathroom and unless you've brought a hazmat suit for them and rubber gloves, it can be kind of nerve-wracking to be in.

How do you balance everything — between acting, writing directing and being a full-time father and husband [to Bell]?

We don't. I haven't seen the kids in a year and a half, nor has my wife [laughs]. You know, we've been really, really lucky. For whatever reason, she seems to get really busy while I have a lull, then I get really busy while she has a lull. It's magically been working pretty well for almost five years now. It's a lot, but it's manageable. But they're always with us. One of us is usually outnumbered.

Do you have any plans for the holidays?

We are taking a family road trip from L.A. to Oregon for Christmas to see my mom — a nice 20-hour drive with the kids in the car, cause we're mad at ourselves and we want to punish ourselves.

What advice do you have for working parents like yourselves?

One thing that's really helped is is we tend to divvy up different responsibilities. We'll have friends who have a newborn and they'll both be up in the middle of the night. We're like, "Well, that makes no sense. One of you should be operating on eight hours of sleep."

Your new movie "El Camino Christmas" with Jessica Alba is coming out on Netflix Friday — tell us about it.

It's set in a small border town, revolving around a shoot up at a liquor store — very Christmasy. My character has a mustache. That's what I can tell you about my character. To my surprise, it was a pretty bushy, full mustache. I had reservations it wouldn't be as full as I hoped, but it really came through, especially on the big screen.

You're also writing and directing the new animated "Scooby-Doo" movie.

Yeah, I was working on "Scooby Doo" for about a year. It was very fun to be working with something that I had grown up watching. It was pretty surreal.

Have your kids watched any of your movies?

They're too young to watch my movies. They've seen "Frozen," and they seem to be pretty ambivalent about it. They seem to be the only two kids that could care less about "Frozen," which I think is wonderful. It's not healthy for your kids to think you're cool. Your kids should definitely think you're a nerd. We're probably the only family in America who has been spared.

What other projects are you working on that you'd like your fans to know about?