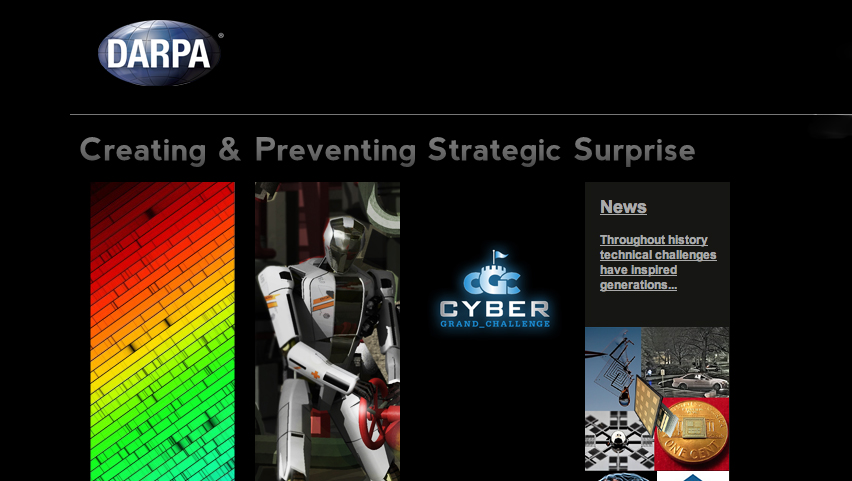 Imagine designing a computer smart enough to defend itself from even the most cunning cyber attacks.

That is the goal of more than 35 teams from around the world competing in the Defense Advanced Research Project Agency's Cyber Grand Challenge, which officially kicks off today. The winning team walks away with $2 million in prize money.

DARPA is a think tank within the Defense Department and has been credited with creating the precursor to the Internet and also fostering the development of futuristic technology like humanoid robots and the self-driving car.

The competition lasts for two years and involves teams of academics, security experts and hackers crafting a specially designed open-source operating system that will be able to protect a computer from attacks while allowing it to carry out its basic functions such as email and web searches.

One of the big aims of the challenge is to get cyber security to catch up with the unfolding technological revolution that is the so-called "Internet of things.'

Simply put, it is the idea of devices being able to communicate with each other. It may sound like something out of "The Jetsons," but it's already going mainstream. On Monday, Apple announced at its Worldwide Developers Conference it was launching a system called HomeKit that could lock doors or dim lights from your iPhone or iPad.

"The networked civilization we are building is going to need to be able to make strong promises about the safety of software, because it won't just be guarding our data security - it will be guarding our physical security," said Mike Walker, DARPA program manager, in a reddit discussion.

Furthermore, being hacked can be very expensive.

One high-profile corporate victim, Target, was hit by $17 million of expenses in a single financial quarter after a data breach compromised as many as 110 million of its customers' payment cards or personal information in November and December 2013.

"We have gone from company to company and seen the horrors of insecure software,' said Dan Guido, CEO of New York based security firm Trail of Bits, which is also one of the teams competing in the challenge.

Internet users were rattled in April by reports of the so-called Heartbleed bug -- a flaw in security software that could put credit card numbers and passwords at risk.

"A lot of these problems are getting away from us. The status quo is all software is insecure," said Guido.

The finals of the cyber security competition take place in Las Vegas and will involve computers going head-to-head trying to break into each other's systems while patching up their own weaknesses.

Trail of Bits is very optimistic that there will be a commercially available smart cyber security system by 2016.