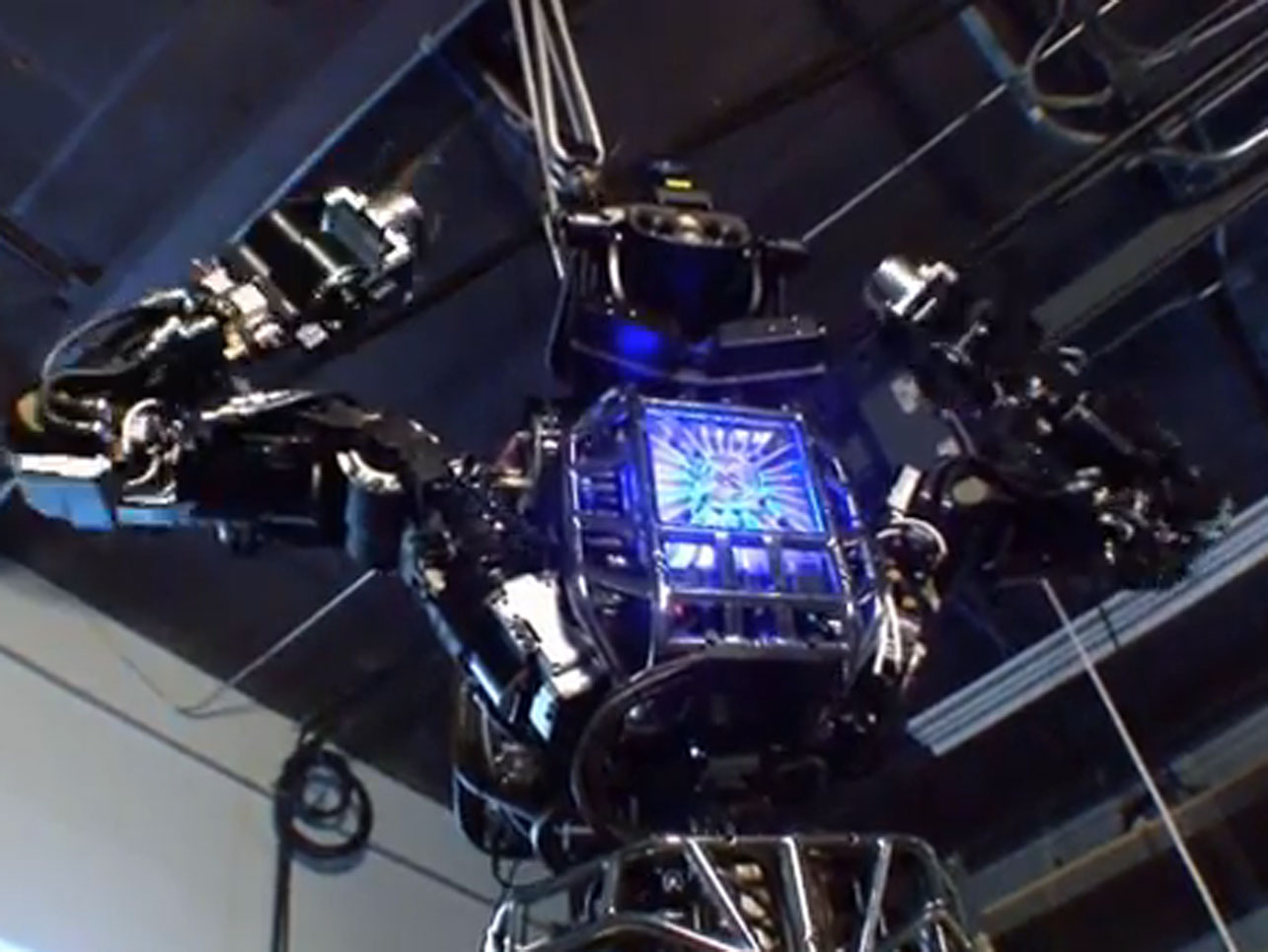 If you thought the Terminator movies were terrifying, you may not want to take a look at the Defense Advanced Research Project Agency's (DARPA) newest humanoid robot.

ATLAS, as the robot is called, has stats that would intimidate most professional football players. He weighs a whopping 330 pounds and is six-foot-two. The machine also has 28 hydraulically actuated joints and two sets of hands. Much like a person, ATLAS is capable of many natural human movements.

The machine is set to participate in the DARPA Robotic Challenge where seven teams will get their own ATLAS and program it to compete in December.

"The Virtual Robotics Challenge was a proving ground for teams' ability to create software to control a robot in a hypothetical scenario. The DRC Simulator tasks were fairly accurate representations of real world causes and effects, but the experience wasn't quite the same as handling an actual, physical robot," Gill Pratt, program manager for the DARPA Robotics Challenge said in a statement.

"Now these seven teams will see if their simulation-honed algorithms can run a real machine in real environments. And we expect all teams will be further refining their algorithms, using both simulation and experimentation."

According to DARPA the competition "seeks to advance the technology necessary to create robots capable of assisting humans in disaster response."

ATLAS was developed for DARPA by Boston Dynamics. Watch the robot in action in the video above.