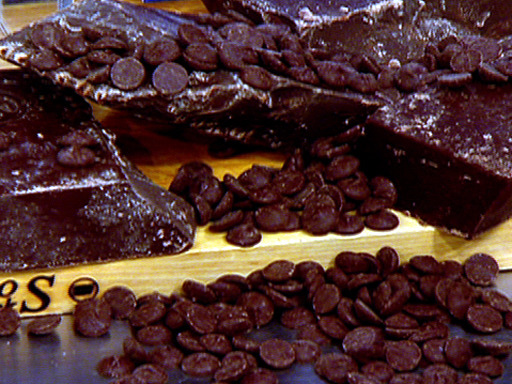 For the study, presented August 24 at the Experimental Biology 2012 conference in San Diego, researchers assigned 31 "fortunate" subjects to eat a daily serving of 50 grams of either dark chocolate (which contained 70 percent cocoa) or white chocolate (0 percent cocoa) for 15 days. The researchers performed a battery of blood tests on the participants before and after the study, and found those who ate dark chocolate had lower blood sugar (glucose) levels, lower levels of LDL (bad cholesterol) and higher levels of HDL (good) cholesterol.

The researchers concluded that dark chocolate may reduce the risk of heart disease by improving glucose levels and lipid profiles. This might be because dark chocolate contains more compounds called "flavanols" that have potent antioxidant and anti-inflammatory properties, they said. The effects from eating dark chocolate remained after scientists "bloomed" the chocolate, which is basically melting it and letting it settle.

But the researchers warn chocolate should be eaten in moderation since daily consumption adds saturated fat and calories to your diet. They realize that's no easy task since getting their study participants to limit their chocolate intake was hard enough.

"We had great compliance with our study subjects because everybody wanted to eat chocolate," the researchers wrote. "We actually had to tell them not to eat more than 50 grams a day."

The Cleveland Clinic has more on chocolate and heart health.