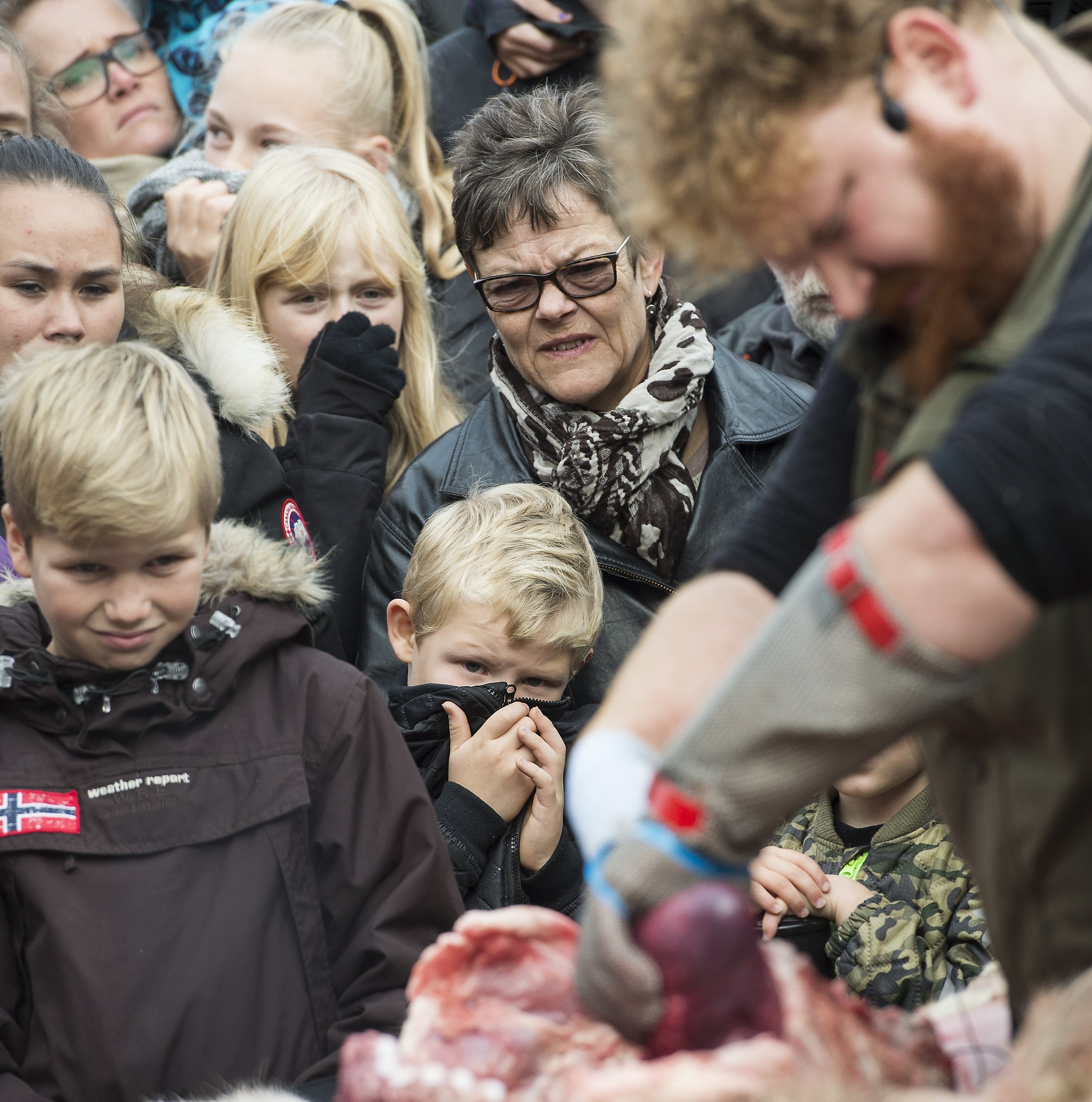 ODENSE, Denmark -- A Danish zoo publicly dissected a year-old male lion Thursday, pulling out its blood-red organs to show a few hundred people including children - an event met outside of Denmark with criticism and online protests.

Adult spectators brought scarves to their noses to ward off the pungent smell as they watched the dissection, considered by many in this Scandinavian country of 5.6 million to be an educational program. The event was deliberately scheduled to take place during the annual fall school holidays.

Joanna Swabe, head of the Humane Society International/Europe, said in a statement that "zoos routinely over-breed and kill lions and thousands of other animals deemed surplus to requirements."

She said zoos have "an ethical responsibility" and can use contraceptive options "to manage reproduction, prevent inbreeding (and) maintain genetically healthy populations."

One of central Denmark's most popular tourist attractions, the Odense zoo has done public dissections for 20 years. On Thursday, scores of children stood around a table where the zoo had displayed a stuffed lion cub next to the lion being dissected.

Odense Zoo employee Lotte Tranberg said the male lion and its two siblings were killed in February because they were getting sexually mature and could have started mating with each other and the zoo wanted to avoid inbreeding. They also could have killed each other because they would have been kept in the same enclosure, she said.

Tranberg talked about the lives of big cats before cutting up the stiff carcass of the lion, which had white tuffs of fur on its legs and stomach. She also held up the lion's blood-red organs to show the crowd. Children raised their hands to ask questions during the operation, which she answered.

Denmark's TV2 said the zoo decided to dissect a male lion this time because it was bigger than its female sibling.

Zoo officials say the lions were killed after they had failed to find new homes for the animals despite numerous attempts. The remains of the two other siblings - another male and a female - are still in a zoo freezer, and officials have not decided what to do with them, said Jens Odgaard Olsson, manager of the zoo.

On Facebook, a few dozen people on Thursday accused the zoo and Denmark of having a lack of compassion. But on the zoo's Facebook page, ordinary Danes defended the dissection, asking English-speaking commentators whether they ever had been to a slaughterhouse.

Public dissections are common in several European countries. Funen Village, an open-air museum in Odense, slaughtered and dissected a pig Wednesday before children while explaining which parts of the animal are eaten.

In February 2014, however, Copenhagen Zoo faced international protests after a giraffe was killed, dissected and fed to lions in front of children.