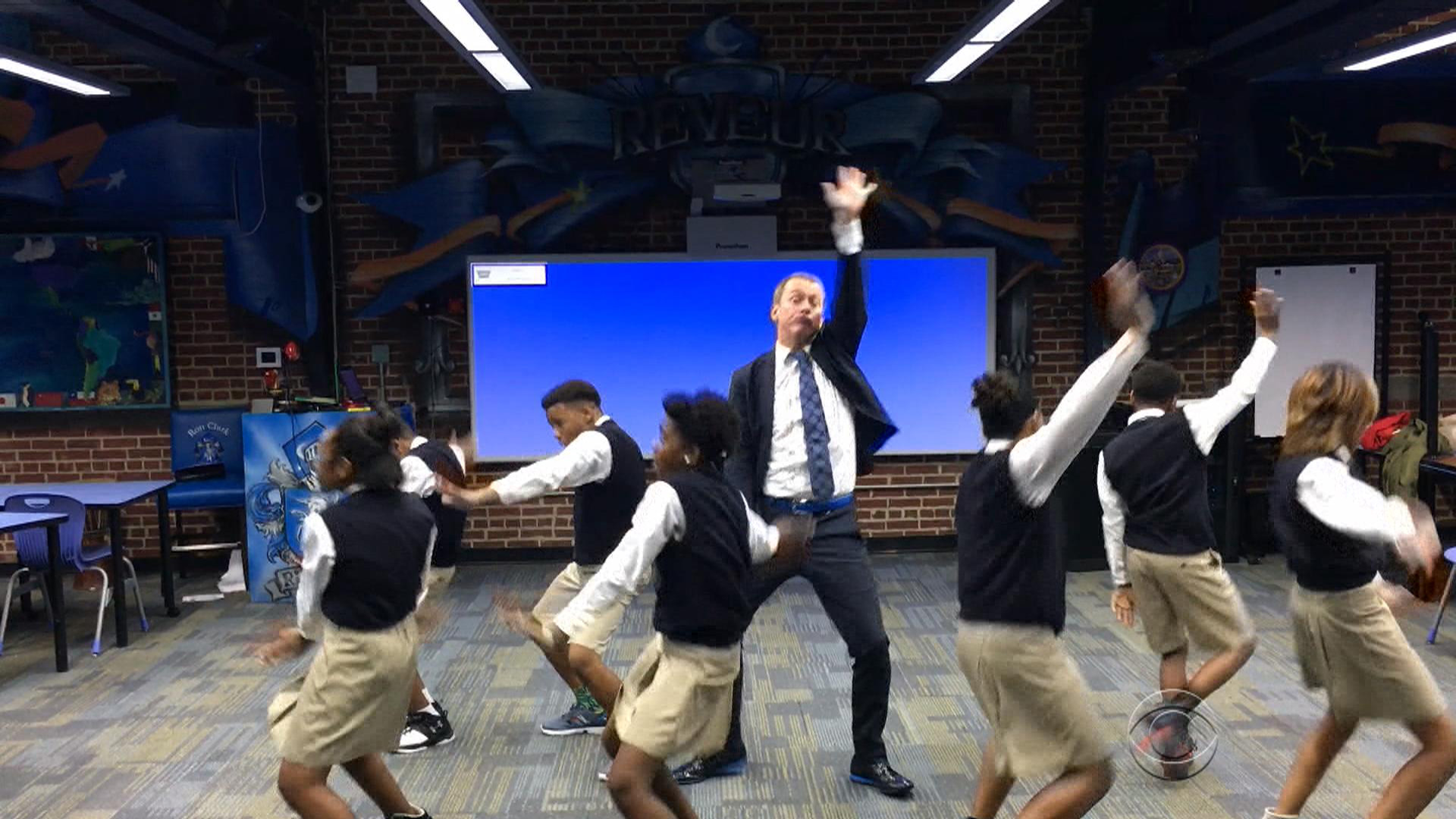 ATLANTA -- The video shows a group of students breaking it down, and at their center, a teacher.

This is the hip-hop dance challenge: "Bet you can't do it like me." And sure, the kids are magic. But you also wonder: Who is that middle-aged dude who can do it like them?

"Once we started I said 'I am so bad let's just film ya'll' and the kids said no Mr. Clark you have to be in it," said Ron Clark.

Clark, a former teacher of the year, founded the Ron Clark Academy in 2007. It's a private non-profit middle school, part Hogwarts, part Harvard. Learning comes to life at a warp-speed here for kids who are academically diverse, and often lower-income. The viral video's stars include 7th grade Jaydon Linsey.

"The message to get out there was to say that we can do fun things while learning at the same time," he said.

Every student but one in the school's history has gone on to college.

"You can't let anything set you back, you can't take excuses even if it's something as heavy as not enough money," said 7th grader Mason Calhoun.

"It's very indescribable the amount of love that is shown from the teachers towards us and it really motivates us to push ourselves academically and just be amazing citizen," said Calhoun.

Is there a message in the video?

"I think the message of this video is summed up by who we are a the Ron Clark Academy we are all about relationship with kids," said Clark. "Building bonds and showing kids that you care because when kids know you are willing to meet them where they are and you're willing to learn about their culture and interact with them in a positive way they're gonna respect you more and they're gonna work harder."

By breaking the mold, Clark and his kids keep bustin' the right moves.